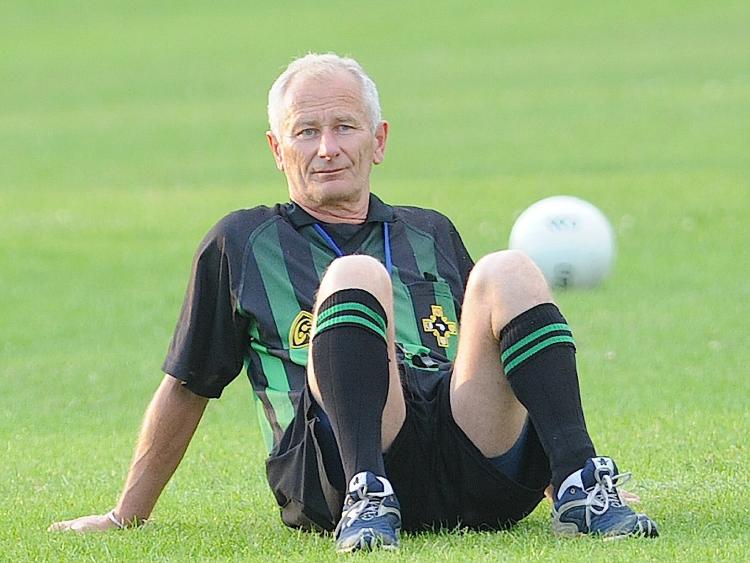 FIRST MEMORY OF YOUR CLUB
First memory of the club was seeing Pat Landy backheel the ball into the net to win the senior final in 1968. It was great to see someone do something off the cuff like that. Teams today are so tied up in systems, you would be taken off today for not sticking to the system.

BIGGEST RIVALRY
We have no big rivals. All I know is that most teams raise their game when they’re playing us!

BEHIND THE SCENES HERO
Peter McCague is our man in the background. He keeps the club going by selling lotto tickets.

MOST MEMORABLE WIN
My most memorable win was against the Gaels in the 1993 semi-final. We were well down at half-time, but we talked them out of it the second half!

WE STOLE IT OFF xx IN xx
I suppose that’s one we stole.

BEST MEMORY OF SUPPORTING LOUTH
Standing on the bank in Drogheda the day we beat Mick O’Dwyer’s Kildare. What a day!

BEST PLAYER YOU SAW PLAYING FOR LOUTH
A toss up between Seamus O’Hanlon and Paddy Keenan. Some people might think I’m mad, but I would give it to Seamus as he played at a very high standard on a good Louth side for a very long time.