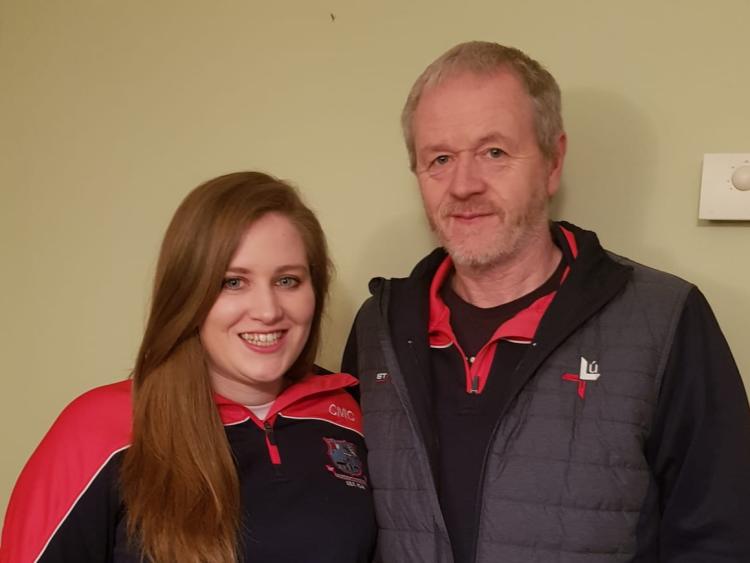 The Democrat's Caoimhín Reilly met with the McCleans, Seán and Clodagh, who became the first father/daughter combination to full officership voids on the Louth county executive at last December's Convention, getting their story so far...

Democrat: You’re the first father and daughter to serve on Louth County Board at one time. How does that make you feel?

Seán: It’s funny when you think about it afterwards, but I never even thought about it beforehand.

Clodagh: When I landed into the County Board first, Dad was just becoming chairman of the club. I was up above!

Democrat: How’d you get involved, Clodagh? You’re in your third year as Culture and Irish Language Officer.

Clodagh: They’d no-one else to do it. I was in Scotland for the weekend and Des (Halpenny, former chairman) had reached out to Dad to see if I’d do it, because there was no-one else willing to do it.

Democrat: Seán, your own decision to run for vice-chairman, what led to that?

Seán: I enjoy it, I enjoy being here in Hunterstown and seeing progress all the time. It was going well here, but you look at the County Board for the last five or 10 years and the state of Louth football, there’s definitely something wrong.

I thought it was very easy to sit outside complaining about people who are doing things - I don’t like doing that. I think if I can do something better than the people who are there then I will.

There’s challenges there, but I don’t believe for one second that there are no footballers in the county. We shouldn’t be going to Longford or Leitrim and expecting to get beaten. That’s madness, we’re a Division Two team, I think. 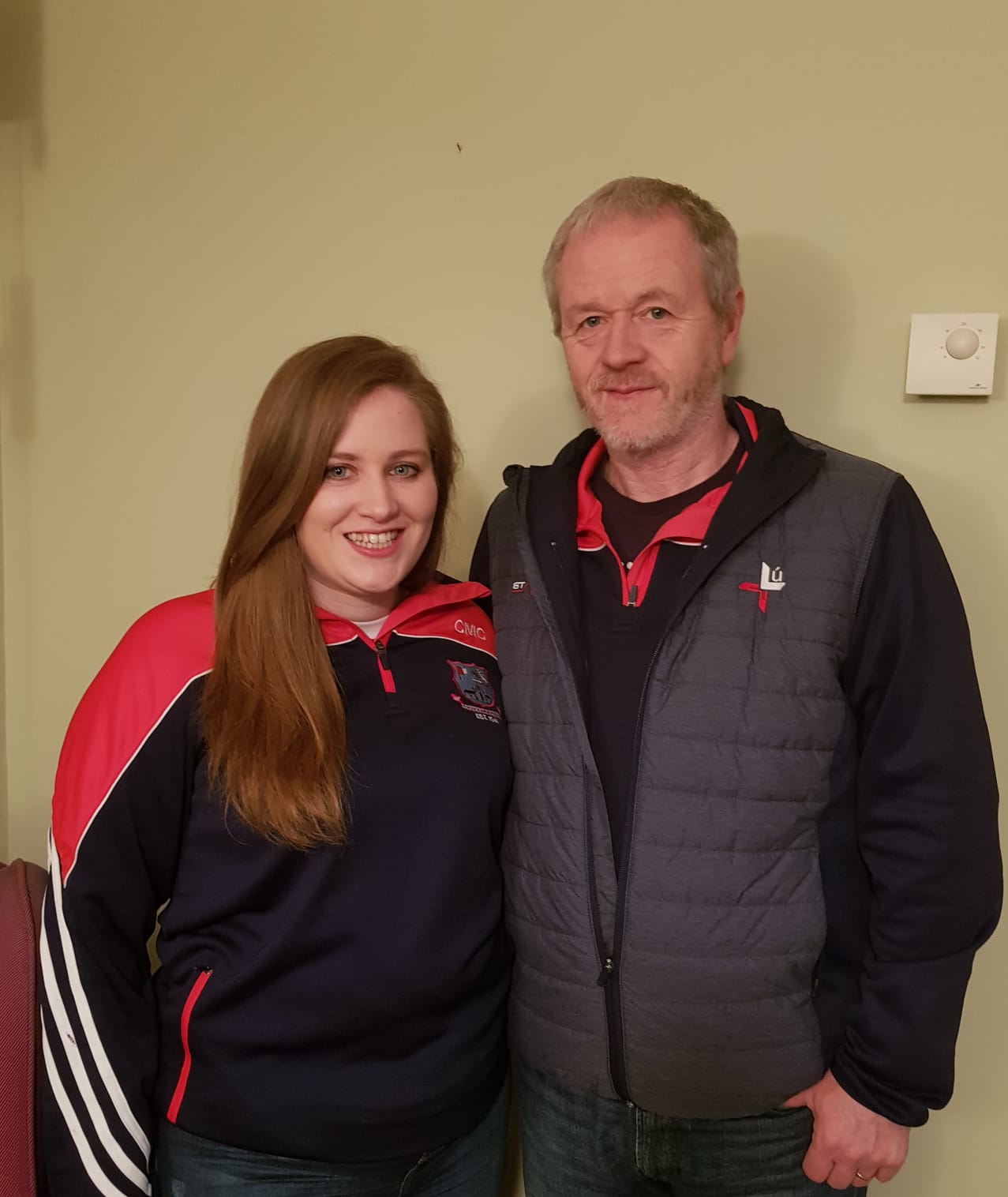 Hopefully, with the right people around us, we’ll prove that. We’re well able to beat the likes of Kildare and Meath. There’s no question about that in my mind and so there’s no point in sitting and thinking we can do it. It’s about trying to do something about it and that was my reason for running.

I’m enjoying it and there’s a good group of people. It’s probably the right time and right place, with those people like Peter Fitzpatrick, who’s just brilliant, a breath of fresh air and someone who wants to get it done. Bob Doheny, a great lad, too.

We need the football to follow suit and I think it will.

Democrat: So how striking is the situation down here, given where you’re coming from?

Seán: There would be very little soccer and rugby is non-existent in Tyrone. Gaelic football is what you do from you’re a young kid.

Having said that, we’ve had our problems in Tyrone too. There was a generation who got away from us and after ’96, when Meath beat us in the All-Ireland semi-final, Tyrone went up the road saying we’re doing something wrong here and sat down to look at the structures.

They’ve three All-Irelands from those new structures, coming from a very low base. When I saw that happening there, I believe that if the same structures are put in place in Louth that they will bear fruit.

Clodagh: And it all started at underage, with Mickey Harte taking teams through.

Seán: Absolutely. The Tyrone County Board recognised that there was no point in putting everything into the senior team, because they’re gone. We need to be starting at U14 and that’s what they did. That’s where the work needs to be done.

Democrat: What club were you? 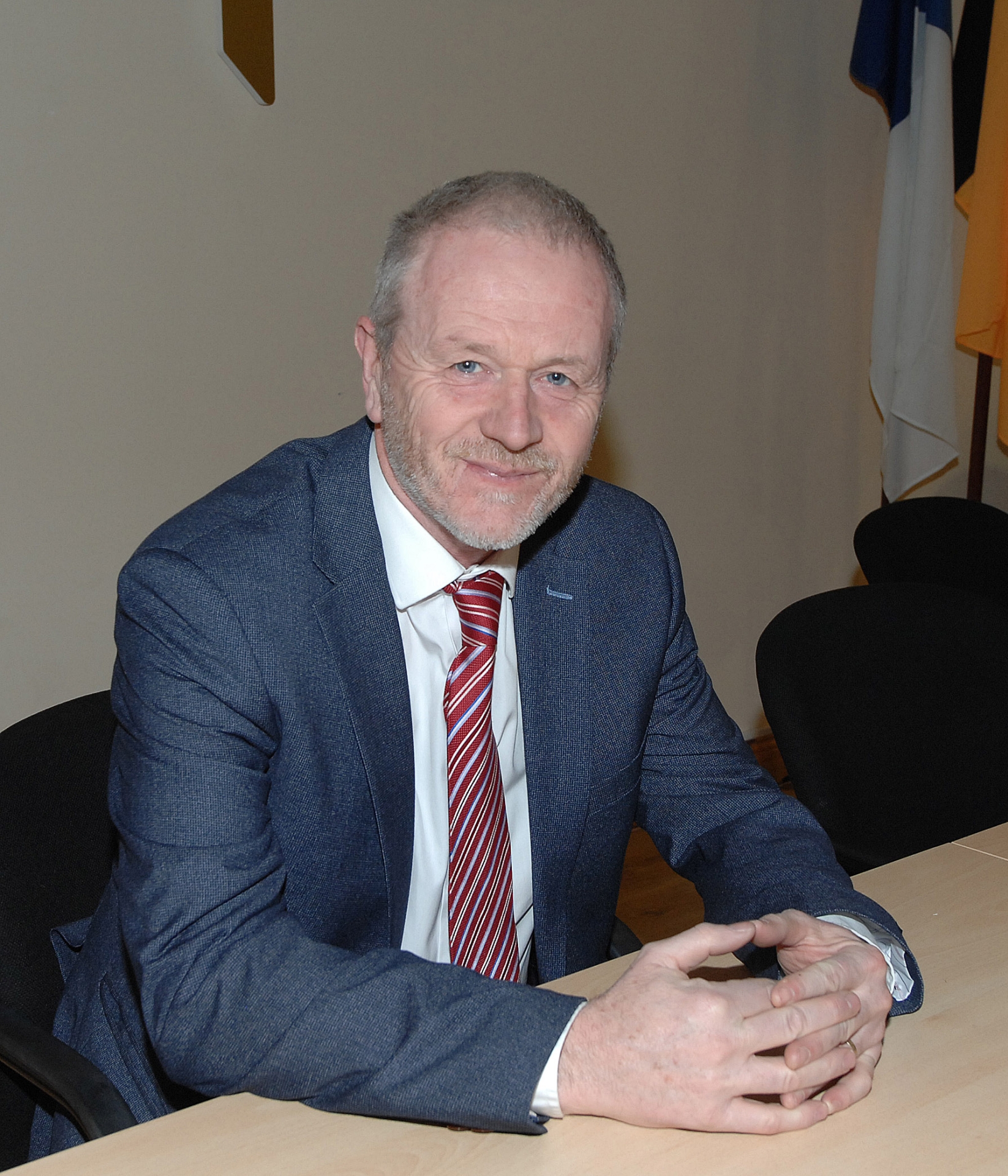 Democrat: You won the senior championship a few years back.

Democrat: How long are you down here?

Democrat: A McClean loose in New York, I think I’ve seen a film to that effect at some stage!

Seán: You did alright…

Democrat: How’d you get involved with Hunterstown? Through the next generation?

Seán: Clodagh played, but the other two kids didn’t play much. It was through Pádraig Matthews, who lives up beside me. He asked me would I get involved and to sit on the committee, so I did and the next thing I was the secretary, and development officer and then the chairman.

Democrat: When was that?

Democrat: So, Clodagh, when did he confirm to you that he was going for a position on the Louth County Board?

Clodagh: A few weeks before.

Clodagh: No he didn’t, so I kind of used it to get a few jobs done in the house; if he wanted to get my vote!

Democrat: So what’s your reaction to it, to him running?

Clodagh: Look, we work together here at the club - I’m the ladies’ secretary and assistant PRO - so we’ve been working together and have always gone to matches together. I see him more than I see Mam because we’re at the meetings and football with each other.

Democrat: You teach in Dundalk, Clodagh, but, Seán, you’re up early and away? You work in construction.

Seán: Our main office is in Drogheda, beside the Blues pitch, but I try to be in the office for about seven in the morning and get back home about six in the evening. 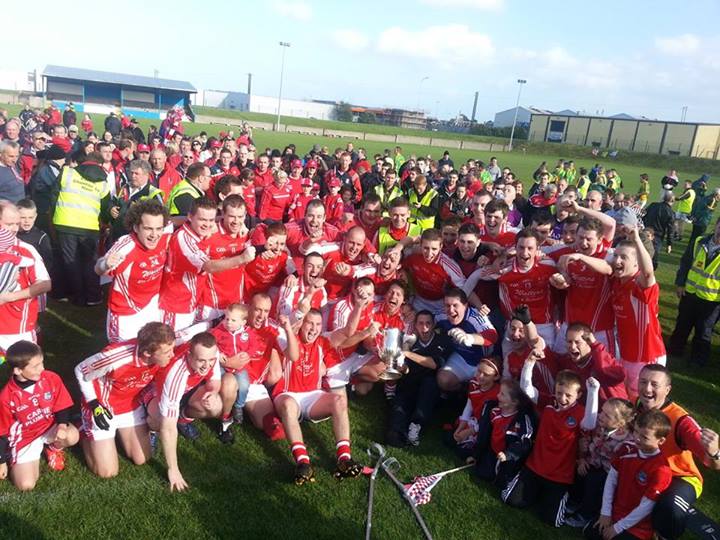 Democrat: And straight to Darver?

Seán: Straight to Darver most evenings, honest to God. Since I’ve started it’s been six or seven days a week in Darver.

Seán: Ach it is, but if you didn’t enjoy doing it you wouldn’t do it. Even if you have to accept abuse from Pat O’Brien!

Democrat: What’s your mother’s (Kathleen) reaction to all this, Clodagh?

Clodagh: Ah, she does be out and about as well.

Seán: She has absolutely no interest in football.

Clodagh: None at all.

Democrat: She’s from down here?

Clodagh: No, she’s from Roscommon.

Seán: She went to the county final, when Hunterstown won the junior, in 2013 and the Leinster final. The only two games I think she’s gone to.

Democrat: Who are the other two?

Clodagh: Eadaoin likes going to the football, but she doesn’t have time any more.

Seán: Damien would come and help out if you needed stuff done - and he sat on the (Hunterstown) committee for a couple of years - but I said a couple of years ago that he wouldn’t know if the ball was stuffed or pumped! And you know something, he probably knows as much as the rest of us.

Democrat: Within school, Clodagh, is your position on the County Board known?

Clodagh: Ah, some of the teachers have sussed it out; the kids don’t really know, but they know that I’m over the Louth U12 girls and they love that, especially the girls. At parent-teacher meetings parents were coming in saying they (kids) love the fact that the teacher is a coach and I know they’re only little, but it’s got the lads onside too.

Democrat: You teach what class?

Clodagh: First class, in the Friary.

Democrat: Do you speak Irish, Seán?

Clodagh: No. I’ve done a few lessons. I’d love to be able to speak it, but unfortunately not.

Democrat: Do you travel to the meetings together?

Clodagh: Not meetings, just the matches. I’ve grinds on a Monday evening so Dad does be in Darver before I finish work.

Democrat: You obviously get on well, but there must be a story of when you’ve had a difference of opinion?

Seán: All the time. I say something at a meeting and next thing you get a call on the way home: ‘What do you mean by that?’

Clodagh: Or a familiar one is: ‘I said that to you four years ago’ and now it’s your idea!

Seán: Ah, though, she’s very knowledgeable about the game and if I was saying or doing something that wasn’t right Clodagh would tell me… unfortunately!