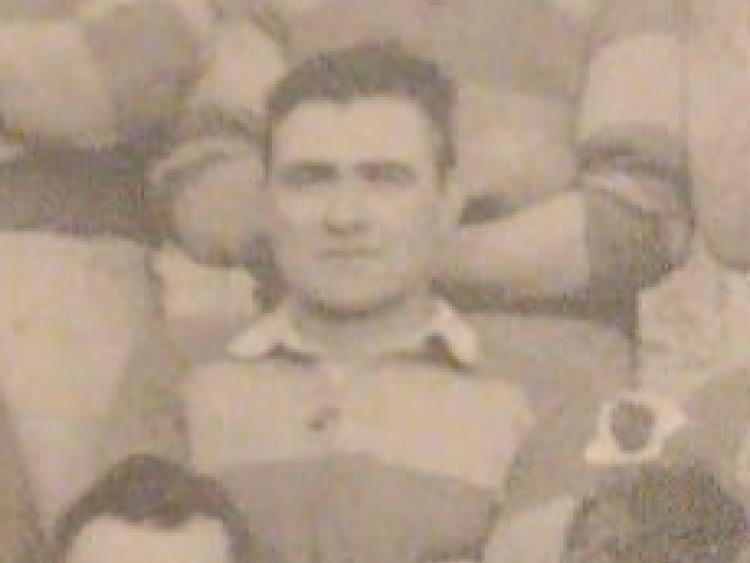 Paddy Cluskey, father of one of Darver Star’s co-owners and joint-breeder, Pat, was an outstanding Gaelic footballer at all levels, club, county and provincial.

We’re back again in Darver this week, and, yes, there are stars in our eyes. For a change, the story is not about the racehorse, the acclaimed Irish Champion Hurdle runner-up and third in the Cheltenham equivalent, but instead a couple of footballers, one of them mentioned briefly on this page a fortnight ago. There is, however, a connection between one of the footballers and the galloper.

Paddy Cluskey, father of one of Darver Star’s co-owners and joint-breeder, Pat, was an outstanding Gaelic footballer at all levels, club, county and provincial. And he was a winner, an All-Ireland coming his way just as his inter-county career was about to take off.

Darver Young Irelands was one of a number of mid-Louth clubs Paddy lined out with in a hugely successful career. He had begun his adult career with Unknowns, and it was while wearing the Dromiskin club’s colours that he won his All-Ireland junior medal, Louth beating the Great Britain representatives, London, in the final.

Unknowns went out of business in 1932, and Paddy then switched to Glyde Rangers, winning a Cardinal O’Donnell Cup medal with the Tallanstown outfit in 1932. Then, when Darver Young Irelands were formed, he came home, as it were, winning a junior championship with them in 1938. He partnered Brian Reynolds at midfield in the defeat of St. Bride’s in the final at Dundalk’s Athletic Grounds.

By then, Cluskey was well established on the county side, the constant wearer of the No7 jersey and playing a significant part in the Reds reaching three Leinster finals, in 1934, ’35 and ’37. All ended in defeat, the first of them – against Dublin – going to three matches, with the Drogheda decider ending with a 2-9 to 1-10 scoreline.

It’s still mentioned when old football folk meet the treatment meted out to Louth by Roscommon in the All-Ireland semi-final. Peter Corr, scorer of 1-8 in the Leinster final, came in for particular roughhouse attention, and it’s said, his tormentor later apologised for what went on that day. It paid off for the westerners; they won by 3-12 to 3-6 and went on to take the title.

Paddy Cluskey played with Leinster in two Railway Cup campaigns, winning a medal in 1939, along with Eddie Boyle and the Glyde Rangers duo, Eugene Callan and Jimmy Coyle, in 1940. He made a brief comeback to the playing fields and was a winner here as well, sharing in Stabannon Parnells’ 1945 Cardinal O’Donnell success.

Before finishing this brief look-back at the career of the first of the Darver stars, a query: Did Paddy win a Leinster minor championship medal with Louth in 1931 and subsequently play in the All-Ireland final? Or did he not? Fr John Mulligan says in his Louth History that there was a “Chris Marley” from the Unknowns club at left-half  – the quotation mark is Fr Mulligan’s – for the defeat by Kerry.

Another historian, the late Paddy Clarke, wrote in a brief resume of Cluskey’s career, while lamenting his absence from Louth’s Team of the Millennium, that “he was born in Mansfieldstown in 1911”. Do the maths.

Pat Cluskey chuckled when queried about this the other day. “He was picked for Louth minors when he was just 14, but his mother wouldn’t let him play because she felt he was too young. I suppose you could say he made up for that lost year — and more — by playing on until he was 20.”

Young Irelands had given way to Volunteers when the next of the Darver triumvirate came to prominence. Jimmy McDonnell missed out on the new team’s 1947 Louth second division championship win two years after they were founded, but he was very much part of the scene when the Volunteers won the junior championship nine years later. You could say he was playing way below his grade that day in Ardee, at centre-half in the defeat of Roche Emmets; he was now the holder of three Leinster senior medals and had played in an All-Ireland final.

There was better to come, of course. Twelve months later he was back in Croke Park on the biggest day of all, and was a winner this time, playing a leading part in Louth winning the Sam Maguire for the first time. He’d been encouraged by his brother-in-law, Stephen White, to come out of inter-county retirement, a decision that would rank with the best Jimmy had ever made.

This would be the first of his two comebacks. He had played at full-forward when Louth failed to defend their Leinster crown in 1958, going down to Dublin in the final, and then quit the county scene; but when there was next an appearance in the final, two years later, he was persuaded to return to inter-county action, taking over from Jackie Reynolds at No14 for the meeting with Offaly. He scored a point, but that wasn’t enough to stop the midlanders from winning a first-ever senior title.

Defeat, however, did nothing to darken this particular Darver star, whose brother, Michael, had also a most distinguished club career and wouldn’t be out of place among his parish’s best-ever. Other contenders would be the ladies who were most prominent when the area housed some of the county and country’s finest camogie players.

What Jimmy McDonnell already had in the bag were an All-Ireland title, four Leinsters, three Railway Cups and selection on two Ireland teams for the one-time popular annual challenge with the Combined Universities. Enough there to match, or ever better, some of football’s best careers.

Two of Jimmy’s sons, Jim and Ollie, followed their father on to the county team; there would also have been a Leinster appearance – and a medal – for Ollie had he not been on holiday for the eastern province’s Railway Cup final win over Ulster, in 2002.