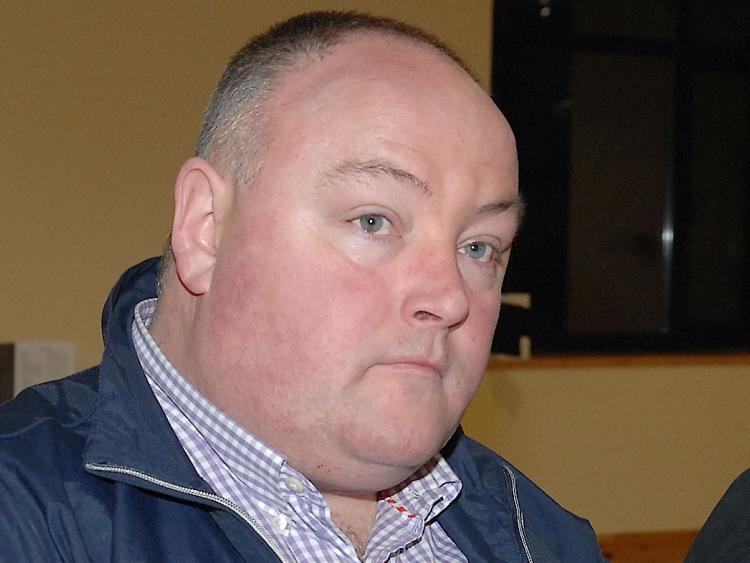 FIRST MEMORY OF YOUR CLUB
Playing in the street leagues with Redeemer. The team managers were Johnny Duffy, Jim O’Hanlon and Noel Casey. Cathal O’Hanlon played in every position and Brian Duffy drove the bus. There were always joint-players of the year. Daddies’ boys, I think!

WHY?
There was only a kick of a ball between us throughout juvenile football, but we won the Louth minor championship convincingly in 1988. I’d still be friends with a good few of them, including Mickey and Gidger Rooney, Alan Doherty, Foscal Malone and Ian McGauley.

BEHIND THE SCENES HERO
Not a cliche, but absolutely everyone who has a job within the club. From coaching and managing the juveniles, nursery, adult men’s and ladies’ teams, committee members, field maintenance and ground staff behind the scenes. There’s great work being done at the moment with health and wellbeing and without these people no club would survive. It’s great to see new bodies coming on board, but there’s been some great people who have given constant service to the club in years gone by, people like Ned Laverty, Paddy Dixon, Mal King, Jim Ryan, Leslie Toal, Fra Byrne, Aidan Kirk, Willie Dixon, Johnny Duffy and Frank McDermott, to name but a few.

MOST MEMORABLE WIN
Minor final in 1988. We had some team and interestingly enough the majority are still involved with the club in some capacity. Myself, Niall Weldon, Paul Gray, Gerry Smith, Niall O’Donnell, Ciarán Sheridan, Derek McCabe, Brian Duffy, Kenny Trimble, Mossy Rogers, Peter Dixon, Anthony Lee, Paddy McEne- aney… The lads always remind and thank me for winning them their minor medal!
I remember Niall O’Donnell scored a cracking sideline point from a huge distance - sideline balls were still struck from the ground - and he’s still heard 20 years later recounting a story about a similar score he hit in one of his last-ever games. He came up from goals to clinch a junior league final win over a fancied Pat’s team, that included a young Paddy Keenan. Niall reckons Cluxton copied him!

WE STOLE IT OFF xx IN xx
We stole it off the Gaels in 1992. They should have beaten us the first day and it looked like they would until up popped Seamus O’Hanlon with a late equaliser. Their chance was gone as we beat them well in the replay. Mickey Heeney managed the team and Fitzer took over a year later and guided the club to the treble double. Although there was fierce rivalry back then, good friendships have emerged with a lot of town teams and players of that era.

SUM UP YOUR CLANS IN THREE WORDS
Friends for life.

BEST MEMORY OF SUPPORTING LOUTH
My dad used to run a bus in the late 80s and early 90s to every National League and championship game. They were all very memorable, but I would have to say beating Kildare in Drogheda in ’91. I think it was Mick O’Dwyer’s first year in charge, we beat then 2-11 to 2-10 with Stefan White bagging the two goals. He hit the winning goal with only 30 seconds left. The crowd of 20,000 went wild. The atmosphere was electric and I don’t think we’ll ever see that again.

BEST PLAYER YOU SAW PLAYING FOR LOUTH
There are so many but I always liked Martin McCann. The former Dundalk Young Irelands centre-half was very good. Apart from him, all the Clans players!