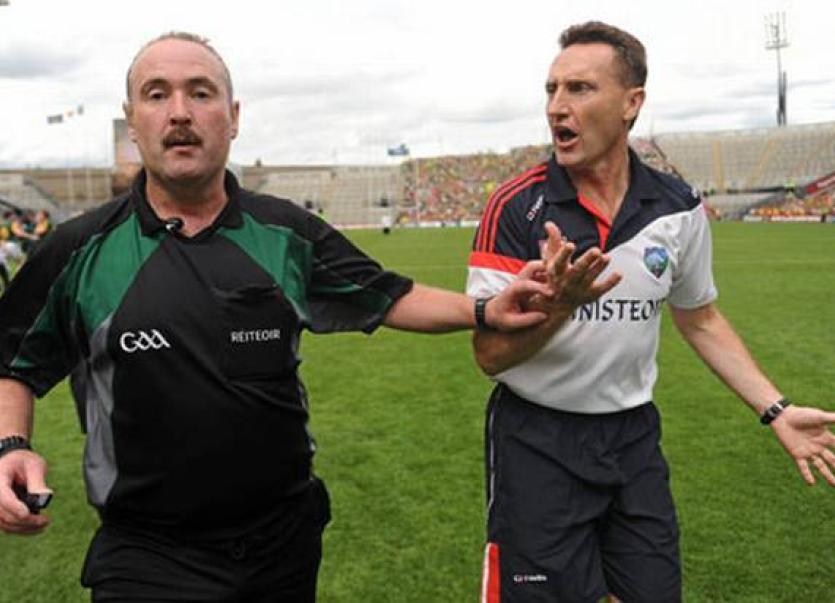 Peter Fitzpatrick insists the GAA won’t walk all over Louth in relation to the potential cancellation of this year’s National Football League.

The Wee County sit winless at the foot of the Division Three table, but can still technically avoid demotion over the remaining two rounds, and the county chairman is adamant that if the leagues should go - which he feels they should - Wayne Kierans’ men must retain their third-tier status.

Furthermore, the former Louth player and manager has called for the introduction of a 32-team All-Ireland Championship this year, played on a knockout basis, with no provincial or qualifier matches.

“There’s to be a conference call in the next couple of days between all the county chairmen to give us an update,” Fitzpatrick told The Democrat.

“If the National League doesn’t go ahead, Louth are going to stay in Division Three. If you go back to the foot-and-mouth, when Louth got promoted, the leagues were declared null and void and we didn’t get promotion that time.

“Mathematically Louth aren’t relegated and I’m fed up of the GAA using us - you saw what was done in 2010. One thing I can guarantee as chairman of the County Board is that the interests of Louth will be looked after.

“The hurlers are different from the footballers because the hurlers’ league is finished, but if the National League is declared null and void, Louth footballers will be in Division Three next year.”

He added: “I’d say the inter-county championship, at the earliest, will be started at the end of June into the start of July. If you go back too early you could start another epidemic.

“In fairness to the Irish people, they’re doing a fantastic job, the soccer, GAA and rugby are all obeying the rules. We all love sport, but sport has to come second when it comes to your health.

“I’d be fully behind having a one-off, 32-team championship. It’s something we’ve been talking about through my lifetime and the GAA now have the opportunity of doing it. I think it’d be fantastic, run off over so many weeks and then it would give the clubs a chance to get their championship games played.

“The most important thing is that we can’t forget clubs. Over the last number of years, we seem to have been putting clubs second, but now we’ve an opportunity of restructuring the entire GAA and looking after the clubs.

“The GAA is a big family, it’s not only about inter-county players, we have to look after the clubs.”

“Louth last year took in something like €850,000. This year, unless we start to get championship games in, it’s going to be a financial disaster for the Louth County Board.”