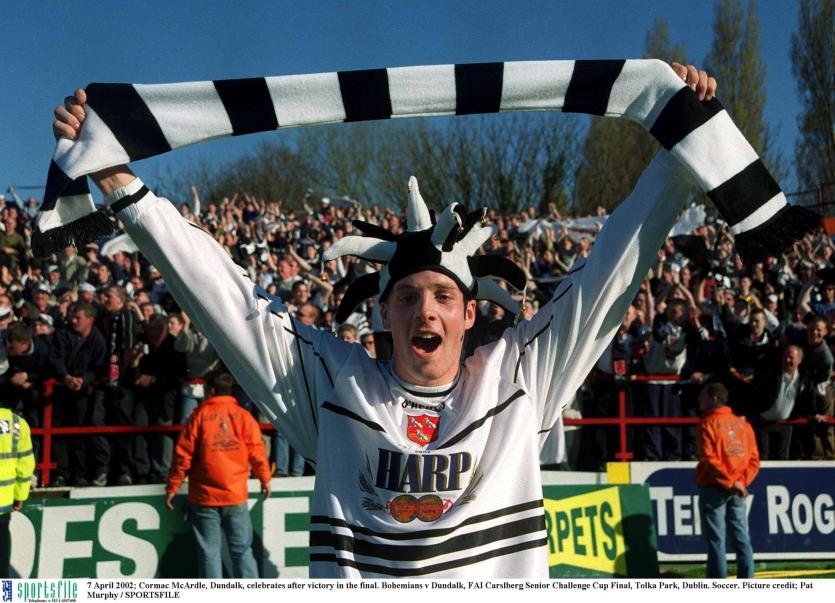 Cormac McArdle was on the Dundalk FC team that tasted FAI Cup glory in 2002, 12 months after the foot-and-mouth outbreak on the Cooley Mountains. (Pic: Sportsfile)

The difference between 2001 and now is that back then it was animals that were at risk. Now it’s humans. The foot-and-mouth outbreak of 19 years ago caused concern, and because infected animals had been identified in the Ravensdale area, Louth county was put in lockdown. It all happened around this time of the year.

No sporting activity was allowed here for weeks, but more than that, a cordon was thrown around the county and before getting through it your vehicle had to be sprayed. Carrying animals was a definite no-no. It was an inconvenience, but on reflection it was mild when compared with the necessary restrictions presently in place to prevent a spread of coronavirus.

It was touched on here a fortnight ago how the near-three month embargo scuppered Louth senior footballers’ league chances and, more than that, almost certainly ruled out progress in the championship. Also, the part it played in Dundalk losing out to a non-league side in the opening round of the FAI Cup. 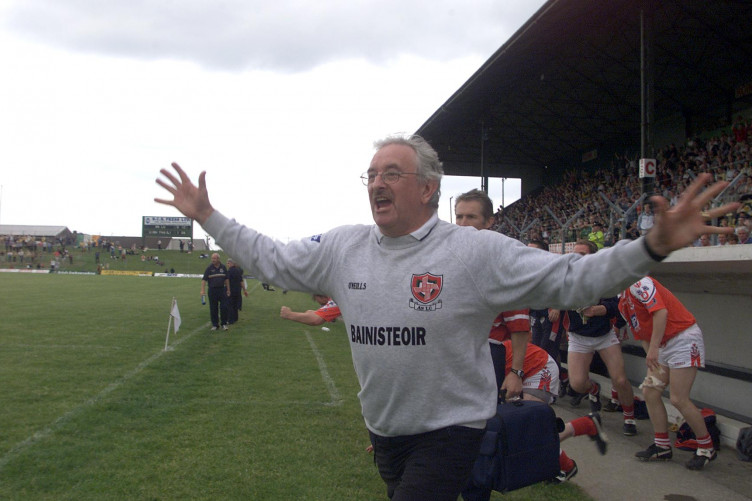 Someone was on to the Democrat Facebook page to say it also put paid to Quay Celtic’s Leinster League prospects. Seemingly, the team from Point Road were flying, up there with a real chance of promotion; but denied the opportunity of even training, they could make no impression when play resumed.

A story comes to mind. At the time, a Dundalk chap had a female greyhound (we don’t use the word ‘bitch’ on this page) who he wanted to take a litter from. Her time had come to visit a mate, but there was a dilemma – the sire who’d been chosen was based in the midlands. He took a chance, putting the mum-to-be in the boot of his car hoping it would only be sprayed with disinfectant but not opened. It wasn’t, and the union took place as planned.

If ever a litter deserved to be good it was this one, if only to reward the owner for his bravery, and, I suppose, ingenuity. But no, just a winner or two among the eight of them. The sad part is – and there are several who have filled the role of breeder who can identify with this – about two years would pass, the foot-and-mouth long having long been eradicated and a huge hole appearing in his bank balance, before the owner realised he’d have been better off leaving the little Miss out the back of the house with her real maiden tag intact.

Paddy Clarke really fancied his chances of doing well with his county team as 2001 took off. He had guided his charges to a brilliant National League Division Two success the previous year, the Nicky Malone side beating Offaly 1-13 to 0-13 in a Croke Park final. Man-of-the-match, Simon Gerard, got the goal, and JP Rooney – yes, 19 years on he’s still finding the scoresheet – got three points. 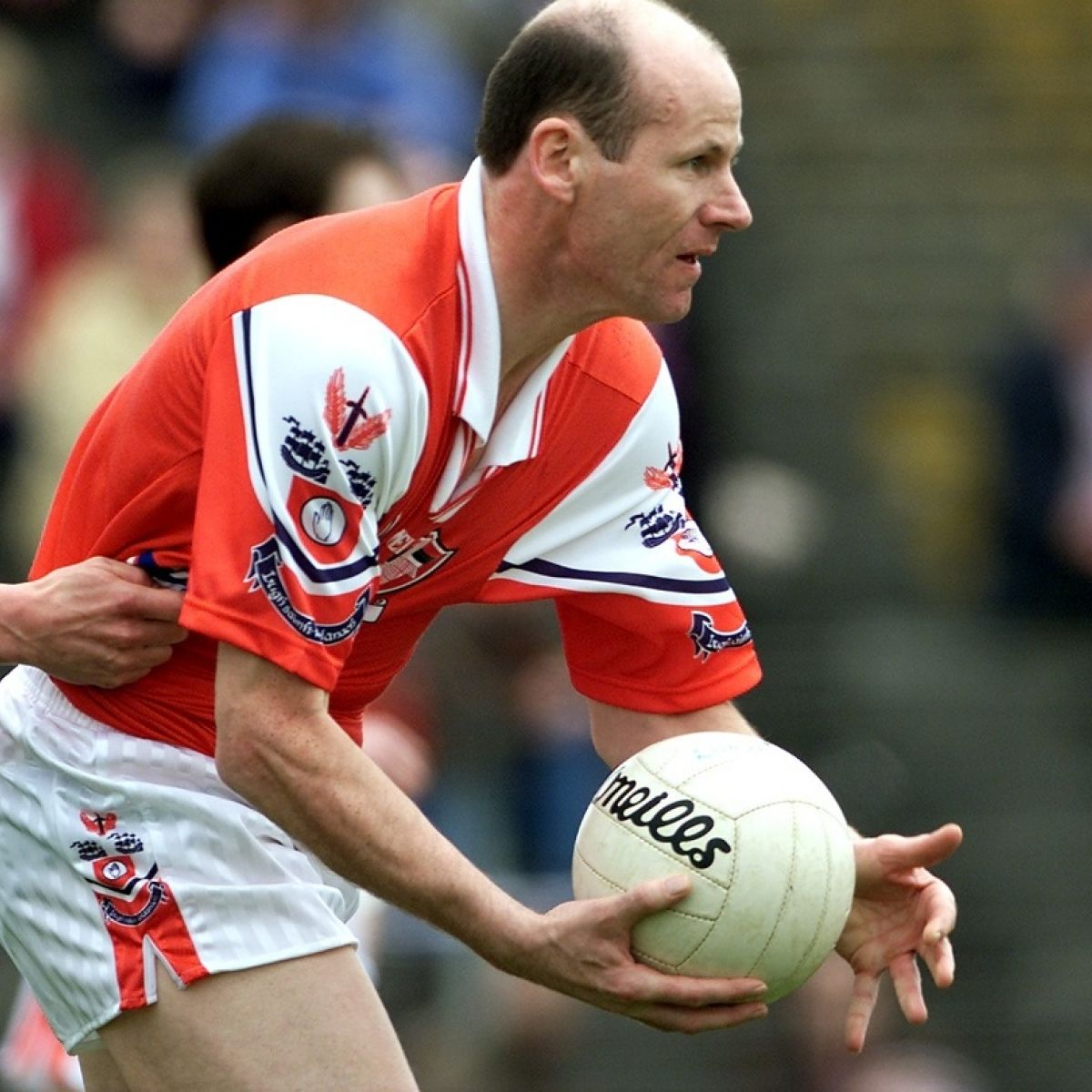 The intro to Division One football in late October of the same year was big stuff – an away game with Kerry, the All-Ireland champions of a few months earlier. No bother to Clarke’s students – it ended with them winning the Killarney tie by 1-12 to 1-11, Rooney contributing 1-2 this time and four points coming from Mark Stanfield. Christy Grimes, like Rooney, one of the great long-servers, contributed three points.

That looks an ordinary team on paper, but Clarke had them playing – not well enough, however, to win any of their following three matches. Roscommon were winners at Drogheda, Donegal won at home and Galway were too good when Louth returned to the Gaelic Grounds for the competition’s resumption in February of 2001.

Hopes of a place in the knockout were revived when Mark Stanfield scored seven points in the 0-12 to 0-12 draw with Offaly at Drogheda; but just as the home straight loomed, sheep began acting erratically on the Cooleys and that was that for nearly three months. 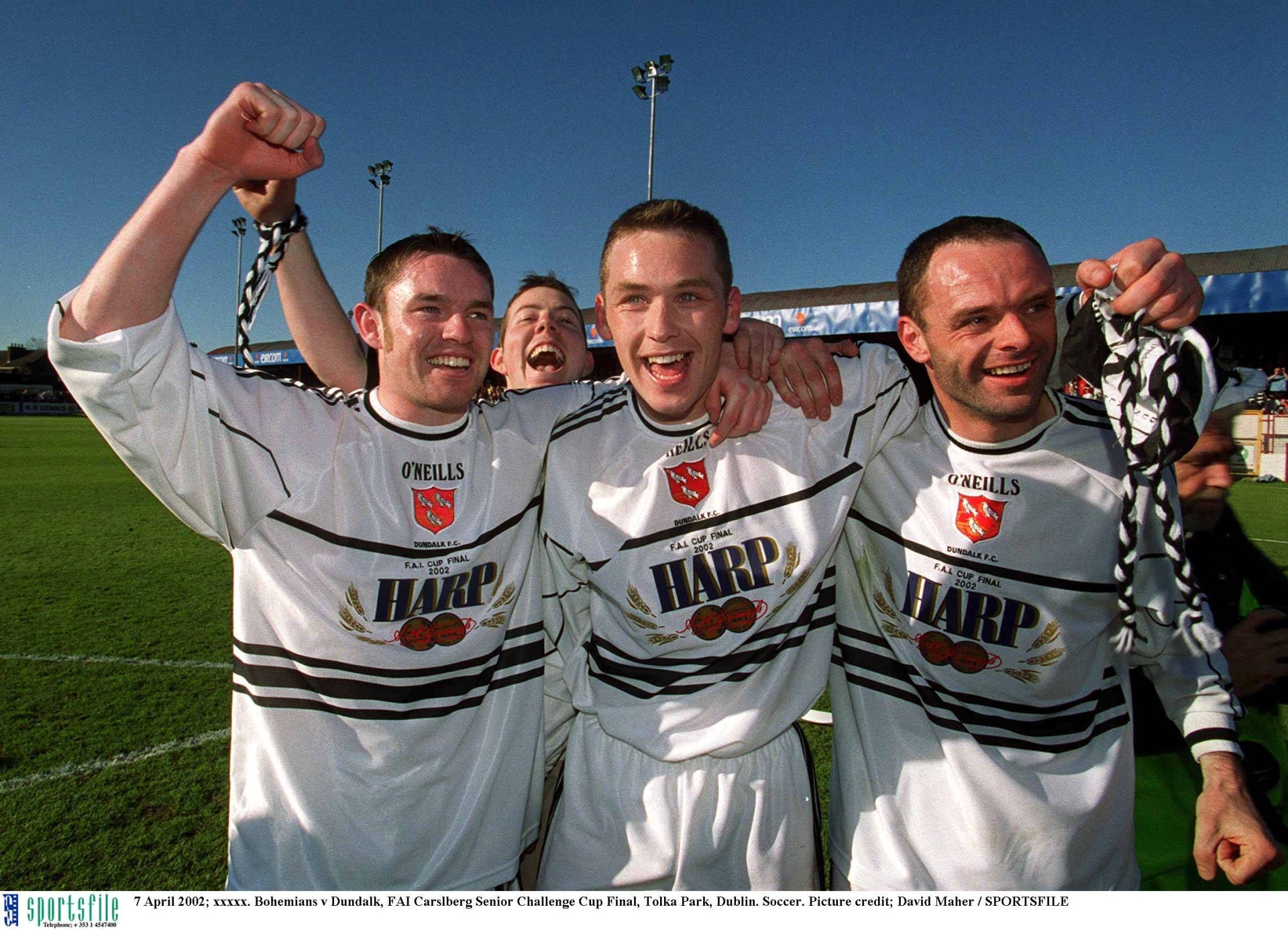 Clarke’s team had little or no preparation done when the championship came along, and it wasn’t a great surprise when they went down by two points to Longford at Navan, 1-13 to 1-11. The All-Ireland qualifiers, having their first outing, yielded wins over Tipperary and Offaly, before defeat by Westmeath at Navan brought a frustrating season to a close.

Meanwhile, up in Oriel frustration was also having a blinder. Like Louth, the team led by Martin Murray and thickly populated by players of a local hue, had secured early-year promotion and had reason to believe the first round of the FAI Cup would yield a victory. They’d been drawn against non-leaguers, Portmarnock, and though the game would have a Dublin setting, no-one saw it as anything but an away banker.

It might have been had the game been played on schedule, but after three postponements the fixture was put in abeyance when the county was closed out to all sporting activity. When the game was eventually played, Dundalk were ill-prepared, and went down to a 1-0 defeat.

The next Cup campaign, however, was much better; a 2-1 defeat of Bohemians in the final was a victory worthy of celebration. The 21-strong panel employed in the seven-match campaign had David Crawley as its leader, and Ollie Ralph was assistant to Murray.

With the entire country affected by Covid-19, the pitch will be level when the gates are reopened, unlike 19 years ago. Hopefully, it won’t be too long before that happens.