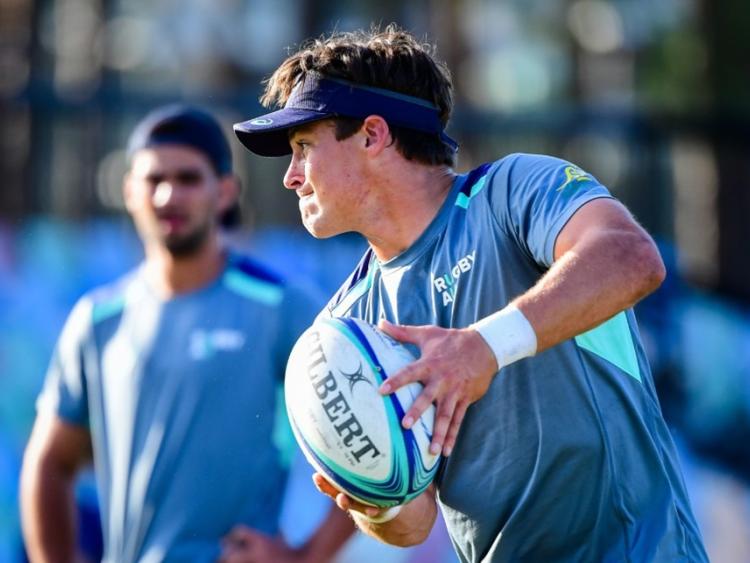 Carlingford's Michael McDonald made his Super Rugby debut for Waratahs today, coming off the bench for the final 21 minutes of his side's 51-14 home defeat by Chiefs.

Carlingford's Michael McDonald made his Super Rugby debut for Waratahs today, coming off the bench for the final 11 minutes of his side's 51-14 home defeat by Chiefs.

The 20-year-old former Dundalk RFC juvenile was named in head coach Rob Penney's squad for the first time on Wednesday, but his involvement coincided with his team's fourth defeat in five games.

McDonald, an ex-GAA player with Cooley Kickhams, has enjoyed great progress Down Under and was part of the Australia side that tasted U20 Rugby World Cup glory last year, defeating Ireland along the way.

The scrum-half only made his bow for Western Force in 2019 before progressing to Sydney's Waratahs ahead of the Super Rugby campaign.

His father, Andrew, won a Provincial Towns Cup medal with Dundalk in the late 1980s and his older brothers, Gearóid and Cillian, have played All-Ireland League rugby.

While McDonald has played for the Australia at underage level, a change to World Rugby regulations at the start of 2018 means that national U20 team can no longer be used to ‘capture’ players’ nationality.

Therefore, the No9 could still represent Ireland at senior Test level.

In another local link, Brad Weber, brother of former Dundalk RFC back Sam, scored a try for Chiefs, who are coached by former Ireland and Wales supremo Warren Gatland.