INSIDE TRACK | Joe Carroll looks back at Louth's 60 years of play at Dowdallshill's St. Brigid's Park 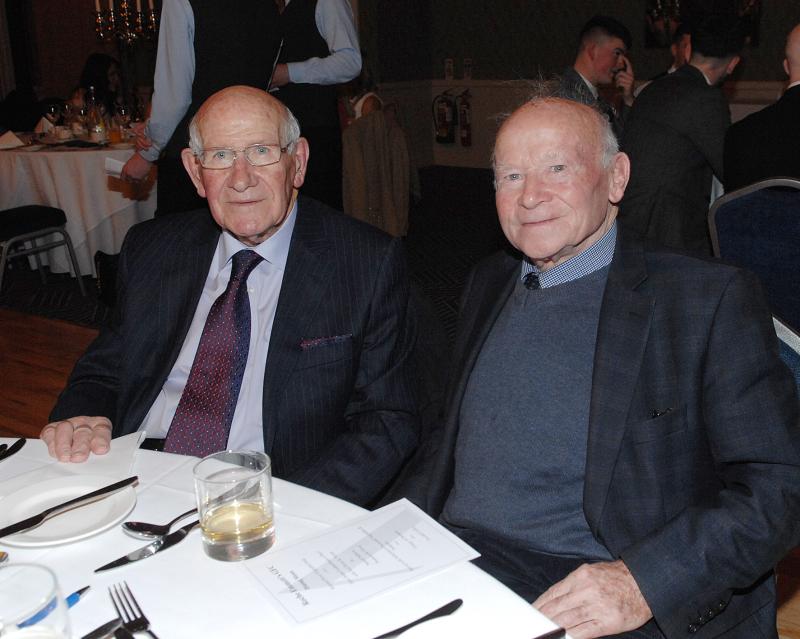 National Football League football was back at St. Brigid’s Park on Sunday last for the first time in 12 years, Louth playing Leitrim, one of the two visiting counties for the 2008 campaign. Forty-eight years before that, almost to the day, it hosted its first game in the points competition.

The Dowdallshill venue hadn’t long opened its gates when it was named for Louth’s game with Roscommon on March 6, 1960. This was a sixth round tie, and Louth, having lost three of their previous matches, were out of the running for divisional honours.

Still, there were several of the All-Ireland team involved, and with others hoping to win a permanent place with the championship coming up, there was plenty to play for. It ended in a draw, eight points apiece, Kevin Beahan claiming three of the home team’s scores

St. Brigid’s must have created an impression because within a few months it was named for the county final, in which St. Mary’s were led to victory over Drogheda side, Naomh Mhuire, by that great Ardee stalwart, Johnny Ross. And more National League football was back before 1960 had taken its leave.

Having reached the Leinster final in July – beaten by Offaly – Louth opened their 1960/’61 league campaign against Galway. One best forgotten: the Westerners found goals almost as handy to come by as points, winning by 6-7 to 0-7.

Dowdallshill became a regular venue for league matches, and, indeed, county finals after that, alternating with Drogheda and Ardee’s Páirc Mhuire when Louth were in action. Some good results, but also a few more stinkers, like the 5-11 to 0-3 defeat by Dublin, in 1965.

Operating behind a defence that had more holes in than a tennis racquet and a midfield that wasn’t at the races, Dickie Kieran was the one who had to pick the ball out of the net five times. The St. Kevin’s clubman was held blameless, however; he was retained for the following match, away to Laois, and kept a clean sheet in a one-point win.

St. Brigid’s Park moved up a gear in 1973 when it was chosen for its first Leinster senior championship match. Louth were out against Carlow and in securing a 0-14 to 1-3 win, Jimmy Mulroy’s team qualified to play Dublin at Navan. Louth won this one as well, and yes, as if readers didn’t know, this was the last occasion in which a championship meeting of the counties resulted in a defeat for the Dubs.

It got better for the Dowdallshill club when, in 1987, it was asked to host the All-Ireland senior hurling semi-final between Kilkenny and Antrim. Also on the programme that day were U16 and minor All-Ireland semi-finals. Nicky Brennan was in the Kilkenny subs and Harry Ryan was on fire, almost single-handedly steering the Cats to a 2-18 to 2-11 win, a success which earned them a meeting with Galway which they lost.

St. Brigids’ opening coincided with the closure of the Athletic Grounds, for years one of the north-east’s finest venues. It has proven itself more than adequate for whatever fixture it has had to house; but perhaps had it been given county, provincial and more especially Croke Park support it would have required, it could today be what the county has craved for so long.

There was only so much the Dowdallshill club could do on its own.