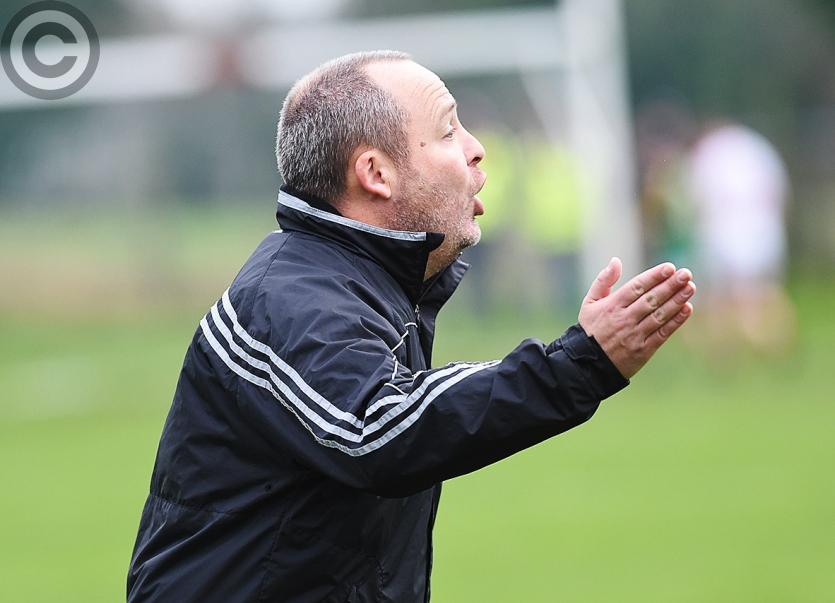 Wayne Kierans is hoping the venue switch to Dowdallshill will “boost” Louth’s chances of victory against Leitrim. (Pic: Arthur Kinahan)

Wayne Kierans is hoping the venue switch to Dowdallshill will “boost” Louth’s chances of victory against Leitrim (2pm).

The Dundalk ground has been chosen to hold Sunday’s clash of Division Three’s struggling pair - its first league match since 2008 - with Drogheda’s Gaelic Grounds failing to recover from the damage caused during the recent defeat by Offaly.

However, the North Road venue has been a source of frustration for many followers and Louth have won just one of their last 13 fixtures at the stadium.

“We didn’t particularly do much crying, but a lot of people give out about Drogheda,” Kierans told The Democrat.

“It’s a difficult pitch, mind you can’t really give out about Drogheda when you see that pitch (at Celtic Park).

“It’ll give us a boost, to go to Dowdallshill and see can we get a win against Leitrim, to give everybody a boost.”

With just three games remaining, Louth’s hopes of avoiding the drop are bleak. They sit bottom, a point off this weekend’s opponents, and three behind sixth place Tipperary.

And Kierans isn’t getting away from the fact that relegation now appears inevitable, even if he is unwilling to throw in the towel.

“There’s no getting away from it, it’s going to be very difficult,” he said.

“Leitrim are at the foot of the table with ourselves so it’s obviously very important to win. The last two, away to Cork and at home to Down, are really tough games.

“But all we can do is to try to get two points against Leitrim. There’s six available and we have to try to recover and put in a performance.

“It’s very frustrating that we’re playing for patches and doing quite well - not unbelievable, but certainly not terrible - yet getting nothing out of the games. We just have to stick together.

“We can’t give up, it’s mathematically achievable that we can stay in the division and until that’s not the case we won’t be giving up. The boys won’t give up, their attitude is excellent. It’s just a question of getting a bit more streetwise.”

Sam Mulroy returns from suspension for the game, while James Califf, Emmet Carolan, Liam Jackson, Paul Mathews and Ciarán Byrne could also be pushing for inclusions.