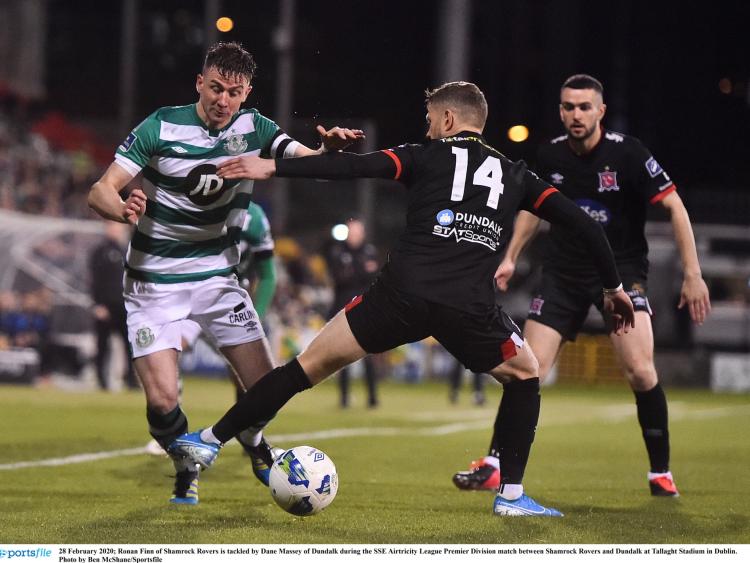 Dundalk FC tasted defeat for the first time in this season’s SSE Airtricity League tonight, going down 3-2 in the pouring rain to Shamrock Rovers at what was a jam-packed Tallaght Stadium.

A rip-roaring affair in the capital between the two best sides in the country saw Rovers take the lead through Dylan Watts, only for Dundalk to equalise courtesy of a truly unbelievable goal from Jordan Flores.

Vinny Perth’s side took the lead in the second half via Patrick Hoban, but Cape Verdean defender Roberto Lopes make it 2-2 before Jack Byrne stole the show with a superb strike late on. 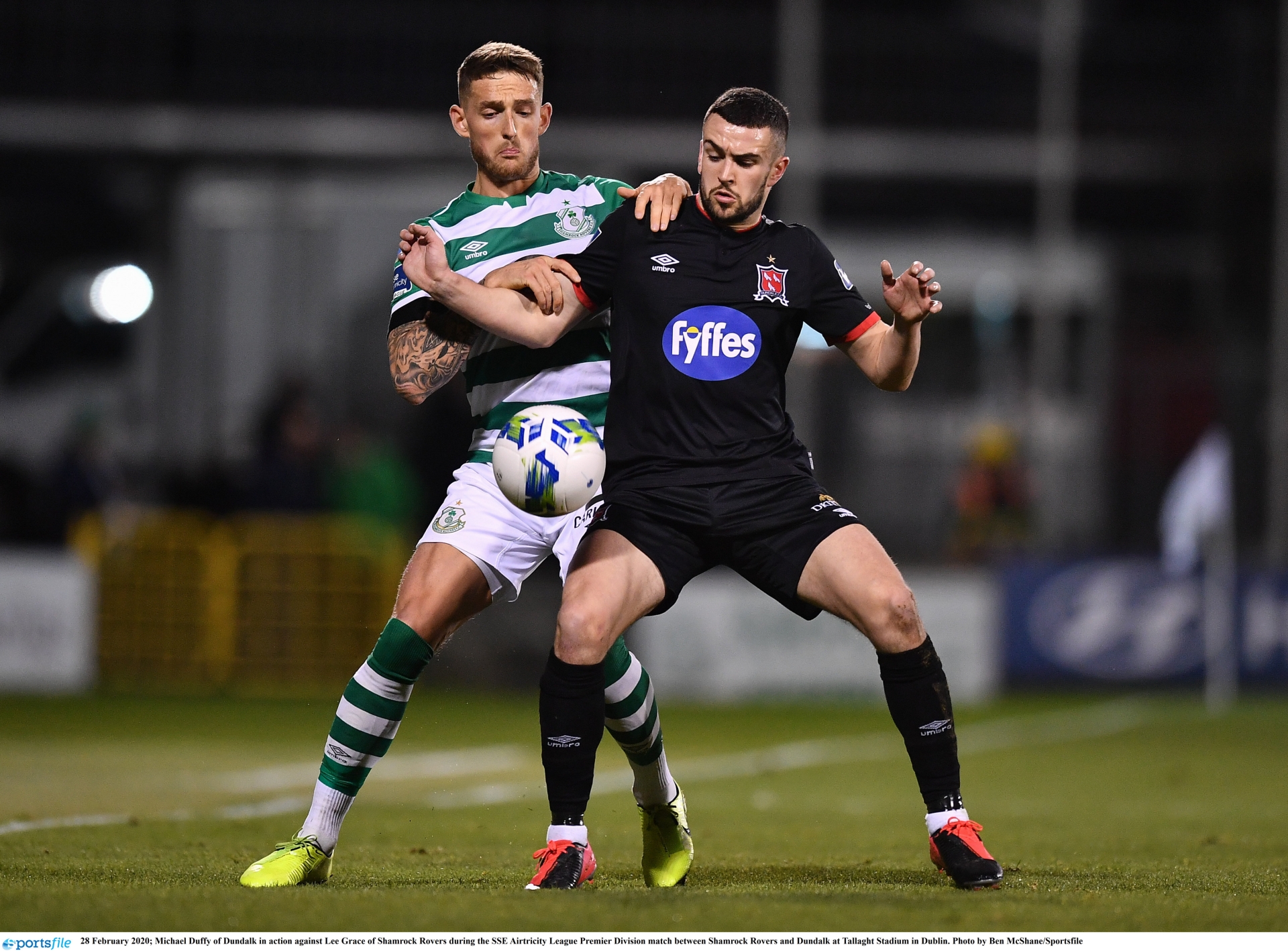 Andy Boyle, Dane Massey and Greg Sloggett returned to the starting line-up for Dundalk, having all been rested from the off in Monday night’s easy 3-0 win over Cork City at Oriel Park. Meanwhile, Serbian winger Stefan Colovic, who only arrived into the country this week following his international clearance, was a surprise inclusion among the substitutes’ bench for The Lilywhites.

Rovers, who lost defender Joey O’Brien in the early stages through injury, had the game’s first big chance when Watts sent a long-ball right down the touchline that found its way to Aaron Greene.

However, despite beating the offside trap and finding himself through on goal, he could only direct his effort inches wide of Gary Rogers’ near-post. That said, it did excite the partisan home support.

And for good reason, for, on 20 minutes, they took the lead in what was a truly pulsating encounter.

Playing as a right-wing-back, former Lilywhite Ronan Finn’s cross was cut-out by Seán Hoare, but only into the path of Watts, who easily finished to make it 1-0, with Rogers rooted to his position. 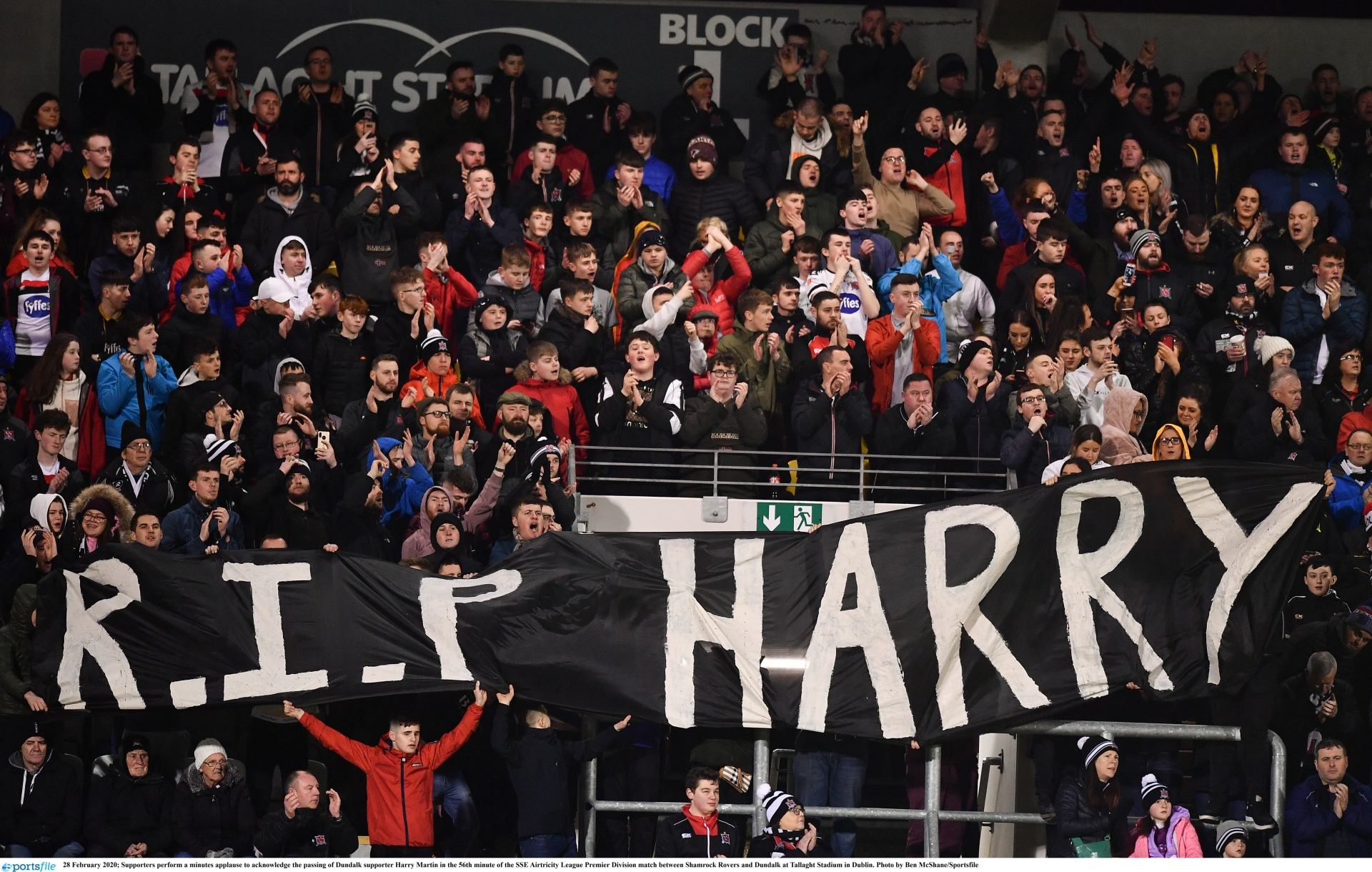 Buoyed by that stunning goal, Dundalk had two great chances to take a lead into half-time, first when Cammy Smith showed great footwork before seeing a shot blocked on the line by Lee Grace.

Tackles flew in from both sides after the restart, but Dundalk took the lead in the 63rd minute when substitute Daniel Kelly slipped in Hoban, who took his time to finish expertly past the Rovers ‘keeper.

Much of the home crowd thought their side had equalised when Greene’s header had beaten Rogers, only for Boyle to crucially hook his clearance off the line to keep Dundalk’s lead intact.

Not for long, though, as Lopes headed home Rovers’ equaliser on 71 minutes from Byrne’s corner.

Seven minutes from time, Rovers won it when Republic of Ireland international Byrne showed his true class, finding himself in acres of space before curling an effort beyond the despairing Rogers.