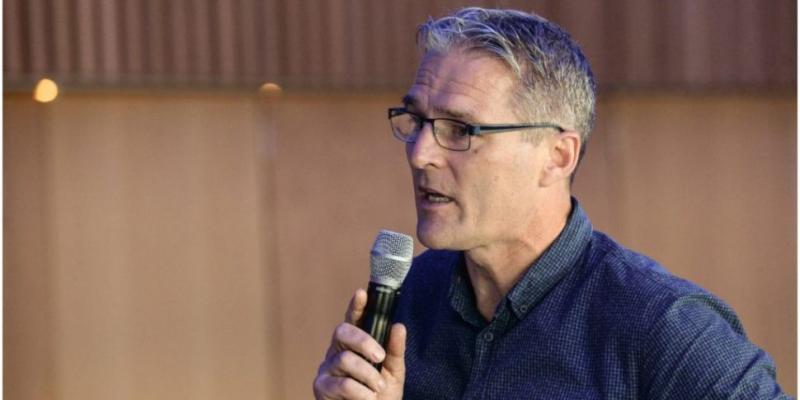 Jarlath Burns is favourite to first of all act as President-elect and then wear the Celtic Cross in 12 months’ time.

John Horan made the introduction of a two-tier championship his main mission on taking over as GAA President. His arguments for a radical overhaul were persuasive enough to make it become a reality, and, in a few months’ time, the new competition’s first games will be decided.

It will be the third major introduction to the championship structure in less than 20 years. The qualifiers came first in 2001, and it can be said they’ve stood the test of time. Indications are the Super 8s, on the calendar for the past couple of years, will also become a permanent fixture.

How the two-tier will fare is anyone’s guess. It had forerunners in the Tommy Murphy Cup and the B Championship. Neither was a success. The latter got little promotion and, you’d have to say, even less prominence in the media; its final had a provincial setting.

The more recent Murphy Cup fared better in the publicity stakes, its final given a Croke Park setting. But it never really caught the public’s imagination, dying a death after a few renewals.

Louth, incidentally, won both, a Paddy Clarke-coached side beating Clare in the B Championship final at Ballinasloe, in 1997. Eamonn McEneaney was in charge for the 2006 Murphy Cup campaign, when preliminary round wins over Clare (at Ennis), Monaghan and Antrim (both at St. Brigid’s Park) were followed by a defeat of Leitrim at headquarters.

Sadly, yes sadly, it’s odds-on there’s going to be a Wee County stab at the treble. The new competition is for teams that don’t make their way out of Divisions Three and Four of the current league, along with those relegated from Division Two – unless any of them reach a provincial final. Right now you’d have to think the Reds will be in the hat when the draw for the new competition is made.

A successor to John Horan is to be named at next weekend’s GAA Congress and Jarlath Burns is favourite to first of all act as President-elect and then wear the Celtic Cross in 12 months’ time.

Burns, a towering midfielder who was unlucky that his career ended shortly before his native Armagh plucked the rosiest of apples from the All-Ireland tree, is from just across the Louth border in Silverbridge. If he lands the odds, as expected, he will become the first from his county to fill the role since Alf Murray, in the mid-1960s.

A thought: one of Murray’s roles during his term was to perform the official opening of Clan na Gael Park, in 1966. Could it be that if he assumes the presidency, Burns will be in Dundalk to perform a similar function before his three-year term ends?