Road to Mullingar longer than the one to promotion, quips successful Dundalk rugby coach TC 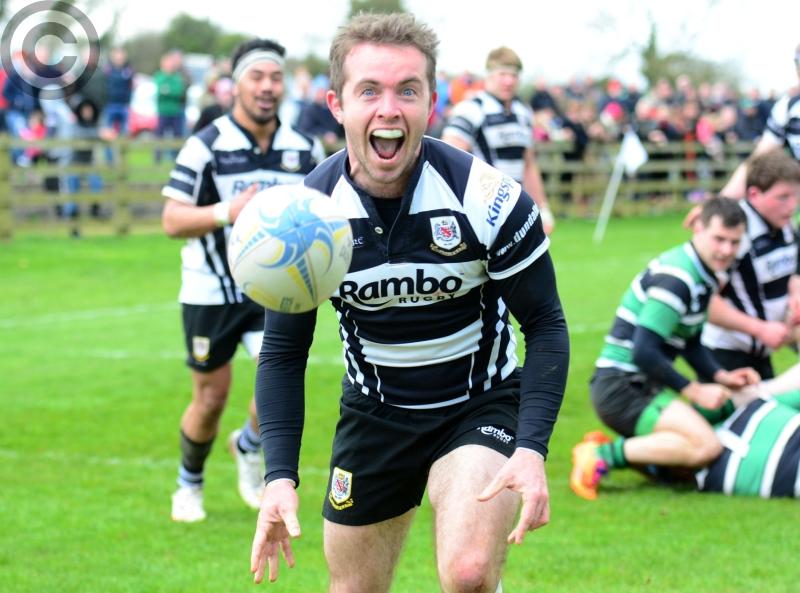 The Kilcurry man, who captained Dundalk RFC in the past, has led Mullingar to promotion to Division 1B of the Leinster League with a home Towns’ Cup encounter against Boyne on the horizon.

Fulfilling a player/head coach role in the midlands, TC has featured prominently on the pitch as the Westmeath side romped to the title, winning 12 games and losing just once. He cut his teeth in senior coaching with Mullingar 12 months ago, working with the backs, but his first campaign at the helm has produced incredible success.

“I was there last year and we struggled, but I knew if we got one or two players in, the locals lads were then good enough,” he tells The Democrat.

“We got a Kiwi forward in from Tullamore and an out-half in from New Zealand, and things started to fly, we won most of our pre-season games and the only game we’ve lost, against North Kildare, we got three yellow cards and they scored a try in the last minute. It was more our own doing, losing that one, to be honest.

“We’d a good chat after that game and it’s probably been a good thing to happen because it kept the lads grounded.

“Last year we’d only one senior team and you’d be going to matches with just 17 or 18 players. It was just hard to get it going.

“But when I came in as head coach this year, the committee backed me to get the two players in. We’d a pre-season trip to Carlingford and we started getting a few wins in pre-season so there was a good buzz around. Players that I didn’t know started to come back and all of a sudden we’d maybe 30 or 35 lads out training. It’s just snowballed.”

Now, with the league programme almost at a conclusion, the target is breaching the first round of the Towns’ Cup for the first time in a decade. A home game against Boyne, who they defeated in pre-season, would seem ideally set-up for a scalp, but Campbell is taking the cautious route, insisting that the pressure is off.

Managing expectation is something he’s got used to.

“I knew if we got it right that we’d be there or thereabouts, but I didn’t want the boys to focus on that,” he adds, when asked if promotion this year was the stated aim at the outset.

“I kept reminding them that we finished third bottom last year. It was more week on week and trying to play well, rather than promotion or winning leagues.

“Having a good buy-in and everyone trying to turn up to training was the first thing. You’ve to try to make selection based on those who train and then keep the calls simple. I went to New Zealand last June for a month, out to Ene Fa’atau, my former Dundalk coach, and I did a bit of work with him on my coaching.

“I think it’s about trying to make it simple so that when people go on to the pitch they all know what they’re doing.”

When committing to Mullingar a year-and-a-half ago, the project was sold to him on the basis that The Lake County outfit were “a sleeping giant”, their underage teams having fared really well in recent times.

So, will he be continuing the ‘wakening process’ on their march into the provincial second tier next season?