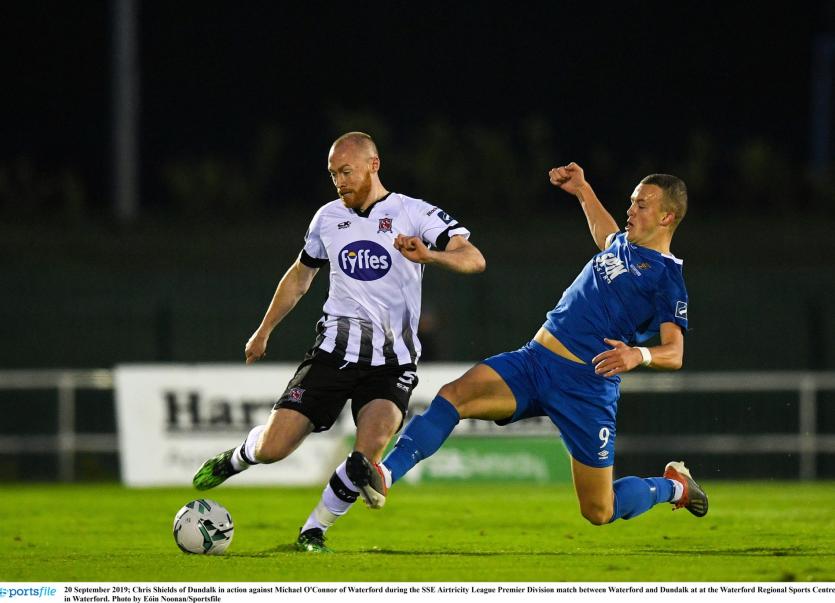 Michael O’Connor is in at the deep-end having been given the Waterford armband for the season. (Pic: Sportsfile)

Michael O’Connor is in at the deep-end having been given the Waterford armband for the season.

But the young striker is determined to take to the role like a duck to water after boss Alan Reynolds took the plunge and re-signed the Dundalk native during a difficult spell off the pitch.

The arrangement, which will see O’Connor skipper The Blues on a matchday, is peculiar with the on-loan Linfield forward officially the deputy of club captain Brian Murphy.

“I would say it’s a dual-role,” O’Connor told The Democrat.

“We’ve two captains and two leaders in the dressing room.

“On the day before the Pat’s game (opening night), we had a meeting and Rennie turned around and said Brian Murphy will be club captain, but I will be the captain in the games.

“Every game I’ll lead the team out and wear the armband. 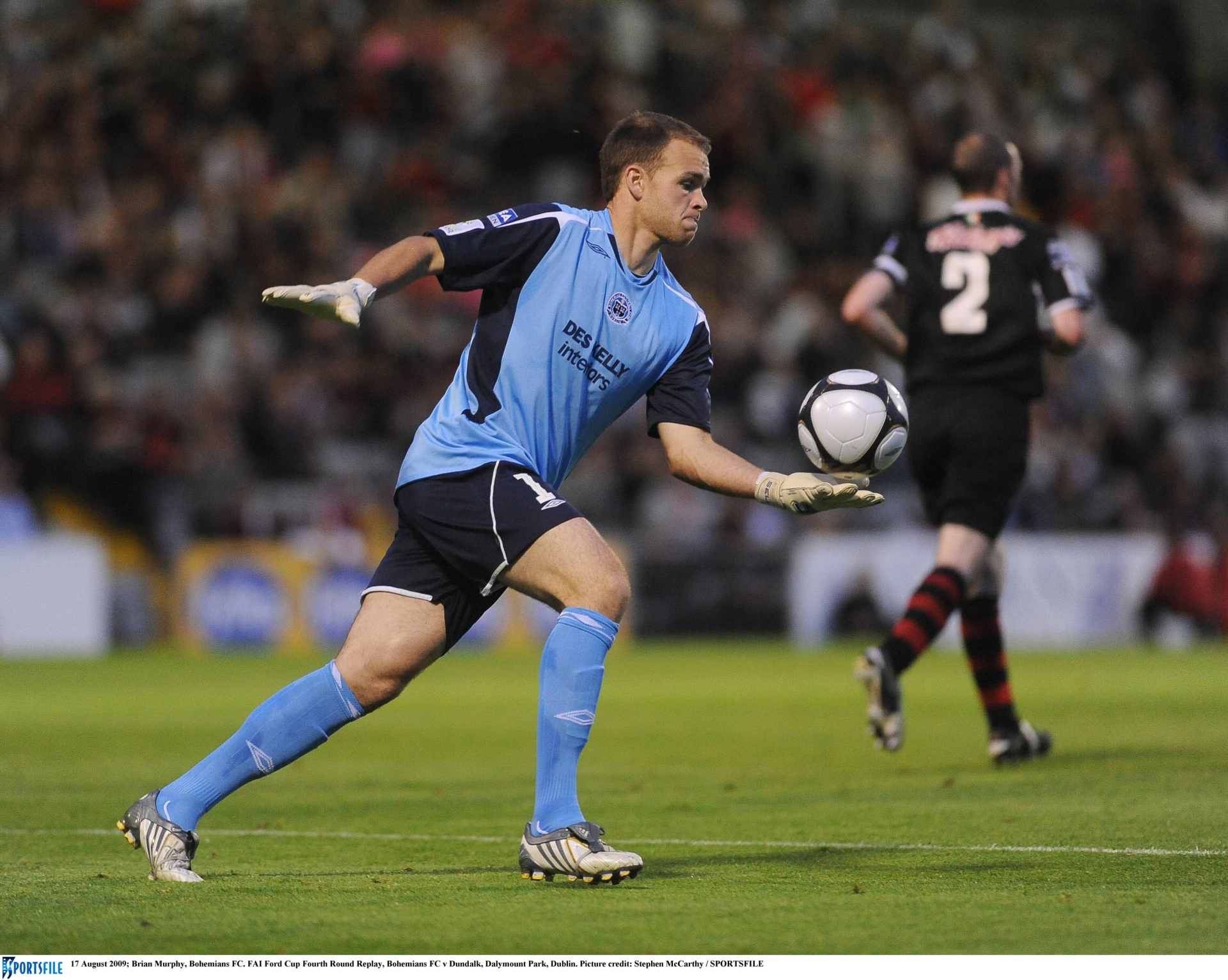 “It’s a strange one. I’m going to be dealing with referees and a lot of different things. It’s a challenge for me, something to keep me focused on and off the field, but I’m looking forward to the challenge.

“Anyone who knows me, nothing phases me, I rise to any challenge. This is something I’m grateful for and privileged to be captaining the team. Going forward, I know what I have to do on and off the field to get the best out of myself. This year, it will happen.”

The former Dundalk FC and Shamrock Rovers attacker struck a chord for Waterford during his spell at the RSC last season and manager Reynolds was eager to be reunited with the 22-year-old.

And after getting his man, Reynolds didn’t hold back his delight, saying: “Michael is a fantastic addition. At the tail end of the season we got to see the best of him. This year we’ll have a fit and hungry Michael O’Connor and I feel he’s the best striker in the league when he’s fit.

“People have knocked this young man, but everyone here believes in him. The best is yet to come from Michael and I have no doubt we’ll see it this year.” 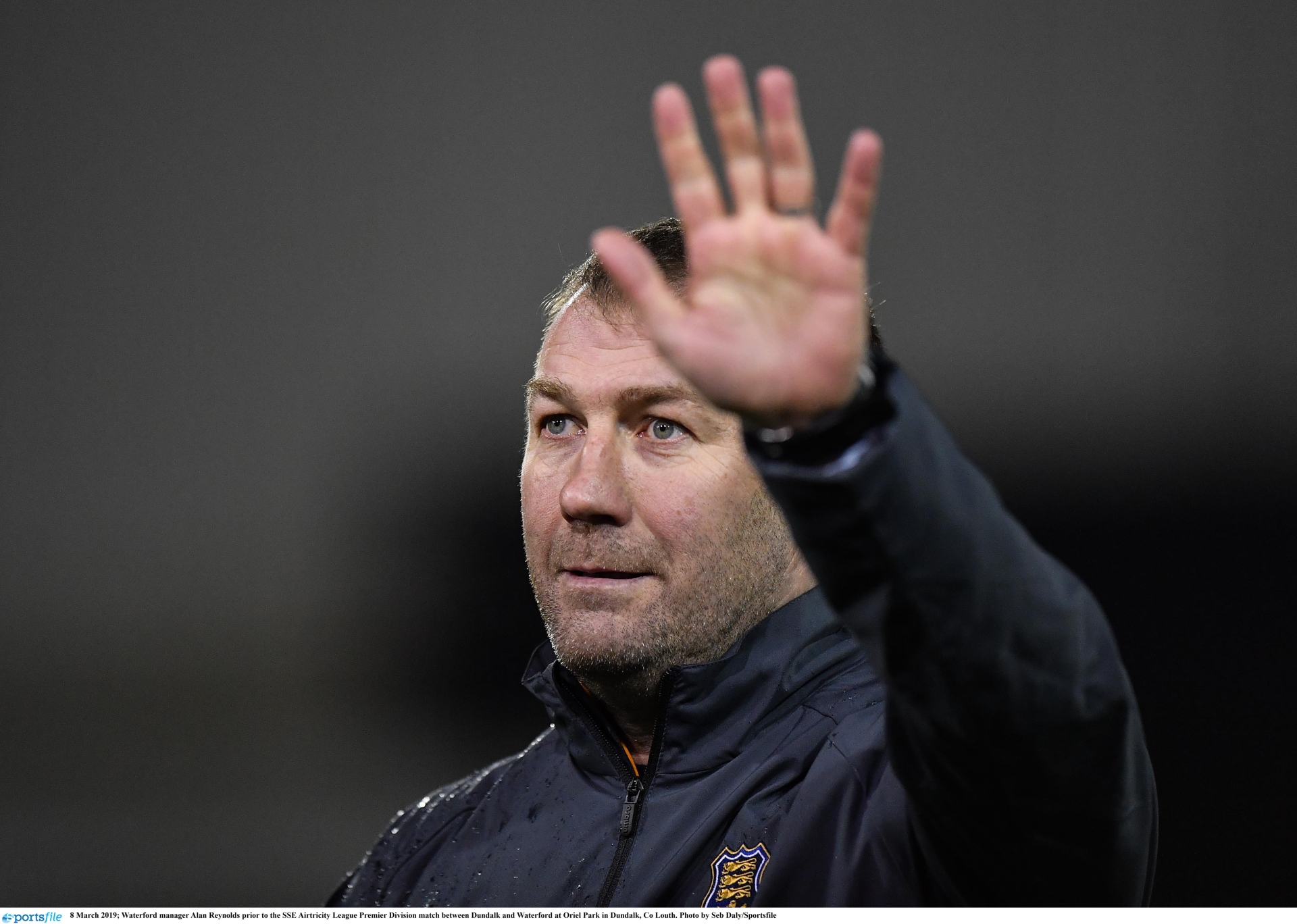 O’Connor admits their relationship is special and he sees traits of Stephen Kenny in Reynolds.

“I’ve a brilliant relationship with Rennie, he’s like a father-figure to me.

“Anything that’s going on or happening, I can speak to him about absolutely everything. He’s the only person who, in a sense, can control me and get the best out of me. I think this year we’d expect that and we’ll see that.

“He’s obviously really good friends with Stephen Kenny and he’s very similar to him in a sense of getting the best out of players and making players enjoy football again. For instance, you can see Patrick McEleney at Dundalk had lost interest in football a couple of years ago, but Stephen brought him back in and now he’s a top player in Ireland.

“I wouldn’t say I lost interest in football, it was my own mistakes off the field. I got myself in bother, but we’ve fixed that and going forward I know Rennie will get the best out of me.

“Personally, I always have goals set and this year I’ll be looking to hit a higher goal mark, I’ll be looking for double figures. I don’t see why I can’t with everything right off the field.”

“The plan”, as O’Connor terms it, is for him to remain with Waterford until the summer, when his contract with Linfield expires, though he’s hoping to see the season out with the Munster men.

And he reckons the year ahead could be one where The Blues prove people wrong.

“When we first started pre-season we had 11 players; that was six weeks ago. Now we’ve an 18-man squad and a few more bodies have been added,” the striker says.

“We were written off before the season even started, but we’ve been working hard behind the scenes to do things right, professionally.

“We’ve one of the best facilities in the Premier Division and Alan has worked hard away from football to bring in top players who people felt weren’t good enough for other clubs.

“These are boys who are wounded, but I think a wounded animal is dangerous and us boys are ready to go. There’s hunger there.

“We don’t have objectives set, but everyone in the team has goals and if they all click together I don’t see why we can’t push for Europe this year. The squad we have is really good and people need to look twice at the squad, and point the finger somewhere else for relegation. I’d expect us to be up the table this year and taking points from teams.”

And with a top class stopper between the sticks, two-time Premier Division winner with Bohemians Murphy having returned from a decade playing in England, the outlook is positive.

“The role he’s going to play this year will be massive; he’s going to save us a goal a game, I’d imagine. For anyone who was at the Pat’s game, you’d have seen the quality he brings to the team.

“People walking away from the ground must have thought it was (David) De Gea in the goals!”