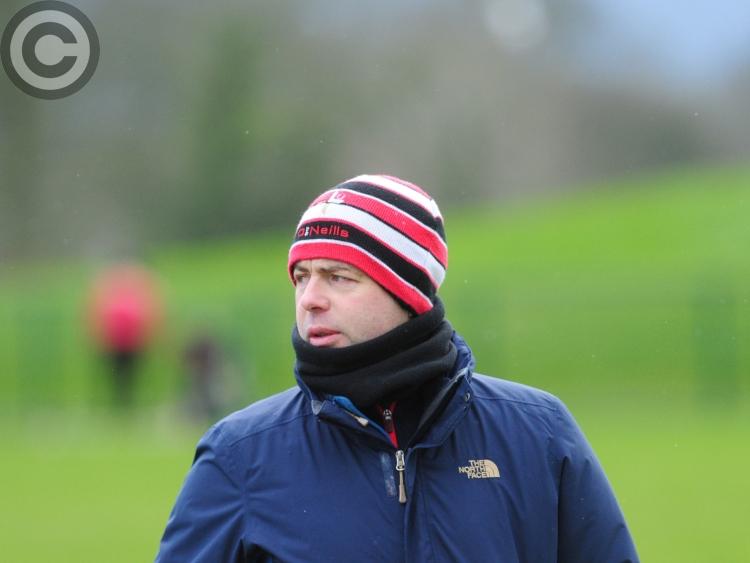 Louth manager Paul McCormack felt his team were hard done by in Sunday's loss to Armagh, although he was very proud of his charges. (Pic: Aidan Dullaghan)

It was a case of late despair for the second week in a row at the Athletic Grounds with title chasers Armagh having struck a controversial late winner with the game’s final play, denying Louth from getting off the mark in Division 3A.

After Darren Geoghegan had landed a 65 deep into stoppage time, drawing Louth level at 1-18 apiece, The Reds, who had fought back from seven points behind at half-time, were set for a morale-boosting share of the spoils.

However, with play going on, Dean Gaffney’s free conversion earned The Orchard County a victory they hardly deserved, while Louth’s boss wasn’t happy with the circumstances surrounding the winner.

“Armagh are the best team in the division and highest scorers, but once we got the 65 to level the game at 73 minutes and 40 seconds, I thought that would be it,” manager Paul McCormack said.

“Then there was a bit of confusion over a sideline ball. It should have been a Louth ball, but the sideline official gave it to Armagh and there was an argument over it. The referee then moved the ball in for the free, which was incredible.

“(Gaffney) hit the free, it hit the post and it fell over; another inch and it would have dropped out.”

The visitors started slowly and trailed by five points before getting off the mark and closing the gap to the minimum. Yet a purple patch towards the end of the opening period saw Armagh take firm control, retiring to the dressing room with a 0-12 to five cushion.

Louth, though, were a different proposition when the game resumed. Ryan Walsh and substitute Geoghegan began to find their range and after Feidhelm Joyce located the Armagh net, Louth were soon on terms, 0-14 to 1-11.

The Naomh Moninne youngster then fired The Reds into the lead, only for Gaffney to finish a penalty past Gerard Smyth in restoring the winners’ advantage. Louth weren’t for quitting, though, and a run of six of the game’s closing nine points saw them tied, prior to the decisive closing play.

“I’m so proud of the lads, the way we dug in,” McCormack added.

“I can see when I look into their eyes that they’re nearly there, but we’ve a wee bit to go yet. There’s huge signs of encouragement and any of the supporters who were at the game, I hope they can see lads who are playing with passion and pride for their county.