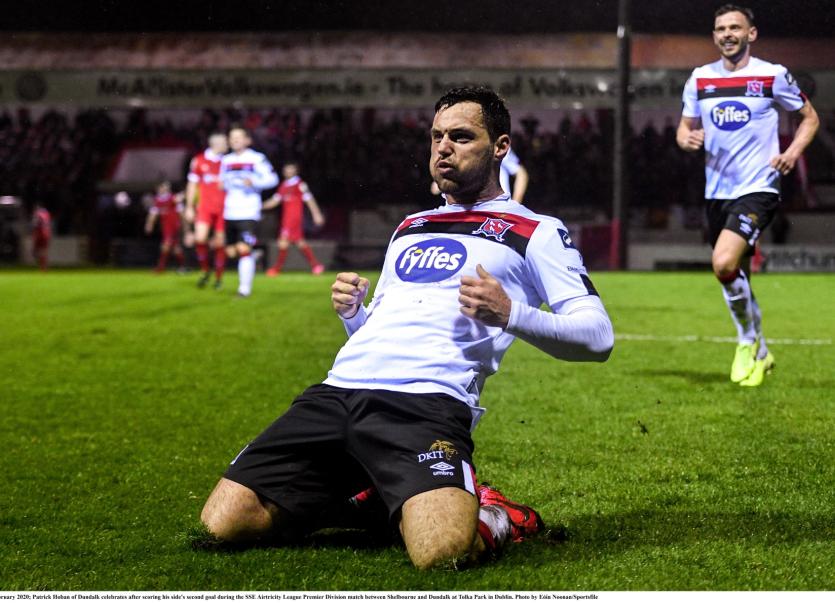 Dundalk FC made it two wins from two in the SSE Airtricity League tonight, courtesy of a hard-fought win over plucky Shelbourne, in what were extremely difficult playing conditions at Tolka Park.

First half goals from Andy Boyle and Patrick Hoban had The Lilywhites two goals ahead at the break, but a screamer from Gary Deegan made it a nervous second period for Vinny Perth’s team.

In their first league visit to Tolka since 2013, Dundalk made two changes from their opening night victory over Derry City, with Seán Hoare and Jordan Flores replacing Daniel Cleary and Daniel Kelly.

Meanwhile, in Shelbourne colours on week two was George Poynton and Ciarán Kilduff, both of whom were named in the starting XI, although, neither could do much to trouble their former club. 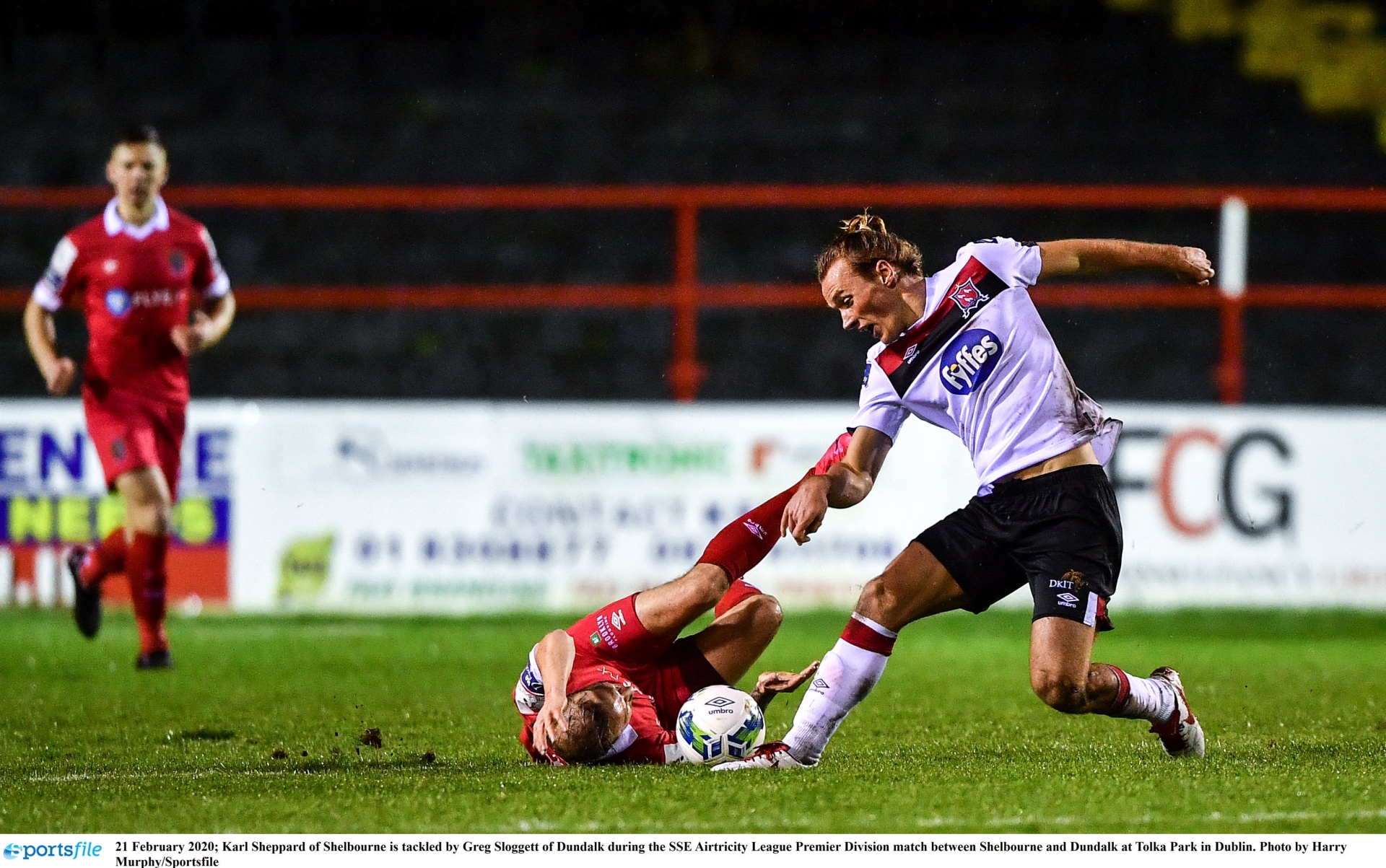 The action out on the pitch wasn’t matching the electric atmosphere that surrounded the famous old Drumcondra venue, in what were a largely uneventful opening 15 minutes in North Dublin.

A reason behind that were the gale-force winds, which showed their impact when Michael Duffy’s seemingly innocuous free-kick, with the aid of the weather, had to be dealt with by Jack Brady.

Dundalk took the lead in the 18th minute, when Duffy’s corner was helped on by Hoare, before finding its way into the path of Boyle, who just simply couldn’t miss against his one-time employers.

Boyle was also a goalscorer in The Lilywhites’ last league visit to Tolka in 2013 – a true measure of just how important continuity has been to a club that has won five titles in the past six seasons.

The wind was playing into Dundalk’s and, in particular, Duffy’s favour and he saw another effort from outside the box sail not too far wide of Brady’s post, with the aid of the treacherous conditions.

In the 43rd minute, Duffy’s wind-assisted free-kick from the left soared into the box and into the path of Hoban, who nodded past Brady to score what he hopes will be his first of many this season. 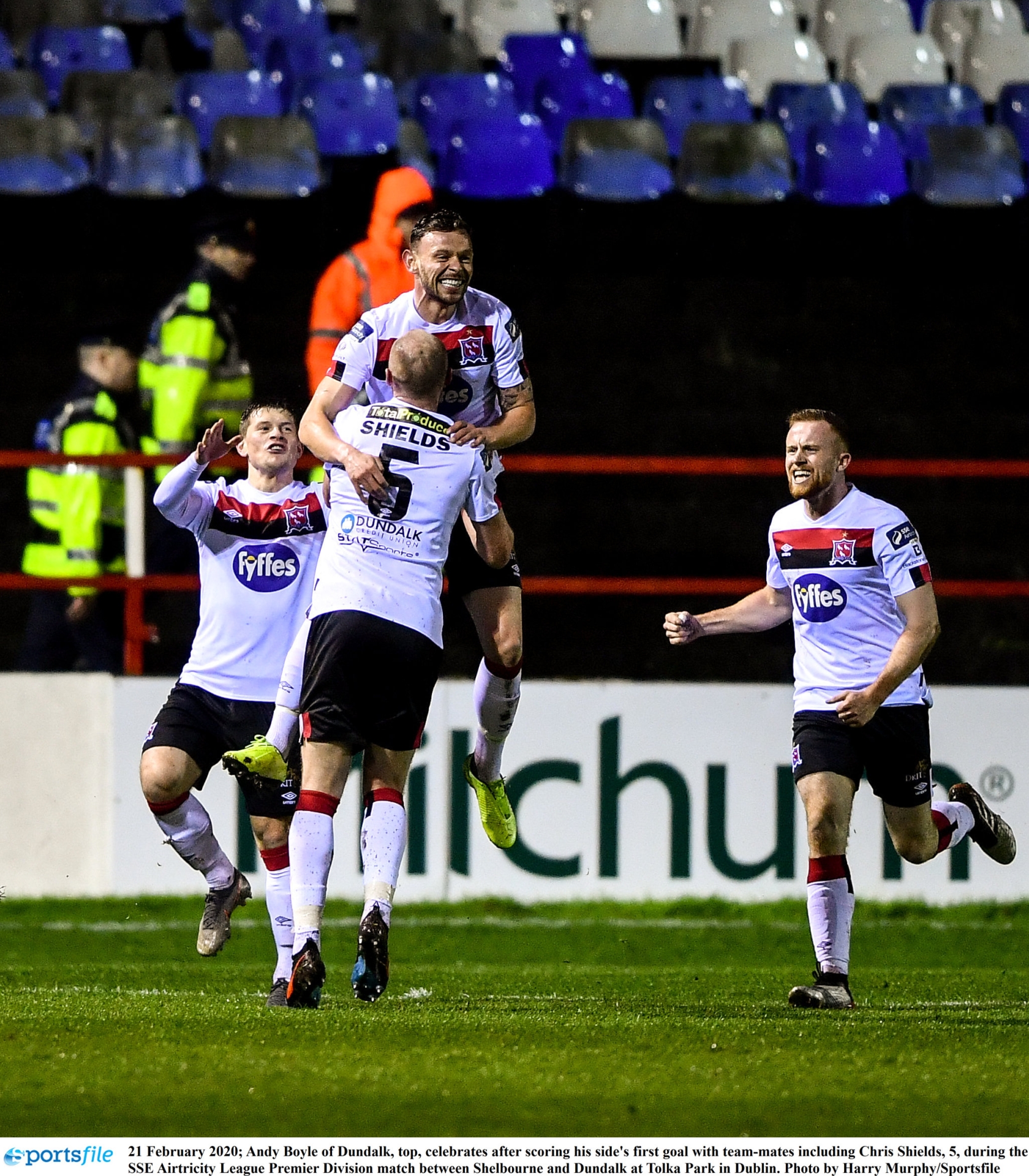 However, seven minutes after the restart, Shels got themselves back into the contest, when the impressive Deegan’s rasping effort had crashed in off the post and beyond veteran Gary Rogers.

That goal lifted Shels, who upped their urgency as a result, with Dundalk almost shipping a second after an uncharacteristic error from Hoare allowed Kilduff in, but Rogers blocked his effort out.

Rogers had to save again when a long punt up the field from Ryan Brennan found its way to Karl Sheppard, though the Navan native showed all of his experience to brilliantly save, as Dundalk held on.