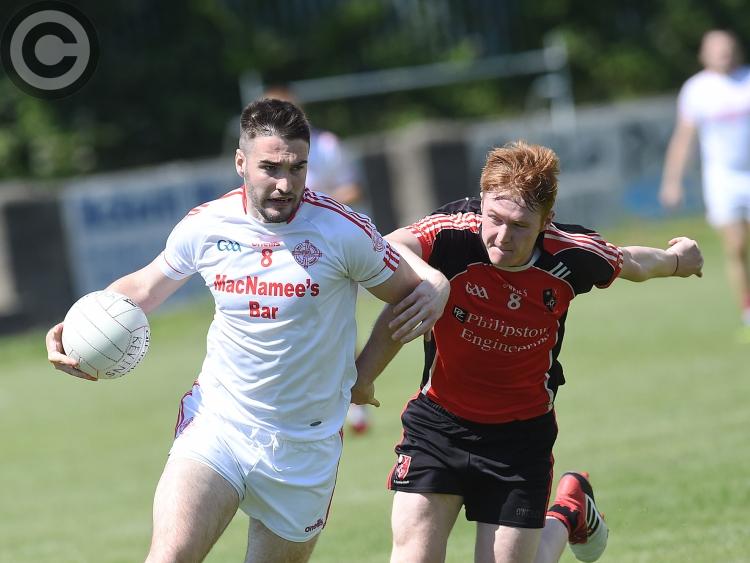 Dreadnots bounced back from the midweek defeat at the hands of St. Bride’s to score their first win of the new season at home to Naomh Fionnbarra on Saturday evening.

Played in extremely wet conditions in Clogherhead, credit must go to both teams who served up a committed display. Once again the Barrs side, shorn of a number of regulars and despite their best efforts, were unable to prevent a second successive defeat after going down to the Kevin’s in midweek.

St. Bride’s are top of Group F of the Paddy Sheelan Cup with maximum points after two outings.

After defeating Dreadnots by a point, the Knockbridge outfit continued their winning start with a nine-point win over St. Kevin’s at Philipstown on Sunday morning.

Despite the poor conditions, Bride’s kicked some good points in the first half with efforts from Neil Thornton, Seán Marry and Kevin Hearty helping them to lead by 0-10 to 0-4.

Cian Callan, Seán Meade and James Harper replied for Kevin’s, who will be disappointed with a number of missed chances.

It was a much closer affair in the second half, but Bride’s were always in charge and a goal from Thornton ensured they held out for a comfortable win despite the fact that Callan found the net for Kevin’s.