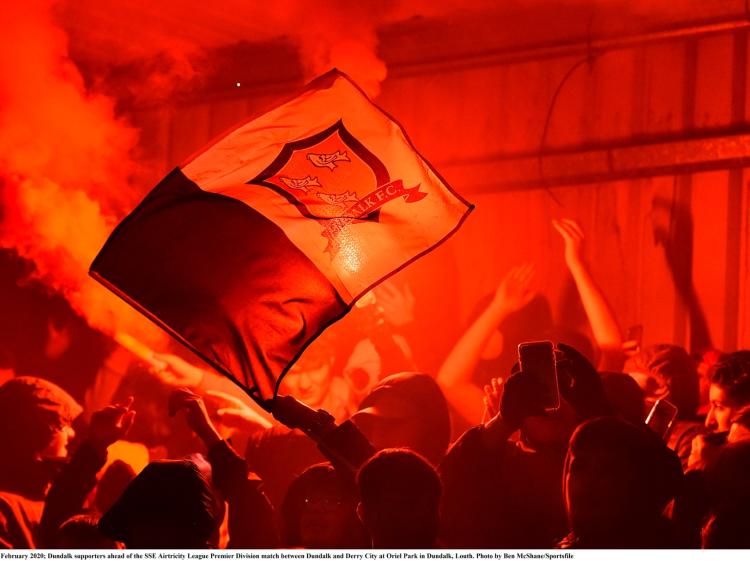 The defence of Dundalk FC’s SSE Airtricity League crown begun with a 1-0 win over Derry City at Oriel Park on Friday night.

On a Valentine’s day, in which there was no love lost between two sides that have had some severe battles over the last number of years, it was Dundalk who continued to write new history.

In prevailing, through Dane Massey's finish 11 minutes from time, The Lilywhites set a new club record of 22 home league matches unbeaten, surpassing the previous record that was achieved by Turlough O’Connor’s team in 1989.

The hosts handed debuts to both Greg Sloggett, who started in midfield against his former club, as well as Cammy Smith, who has signed on-loan from Scottish outfit Dundee United for six months.

There were four new players in the Derry side, with Danny Lupano, Conor Clifford, Walter Figueira and Tim Nilsen all starting, while Conor McCormack began his second spell playing for The Candystripes.

The visitors from Foyleside started brightly and had several corners in the early stages, but the best attempt they could muster came when left-back Ciarán Coll diverted over inside the first 50 seconds. 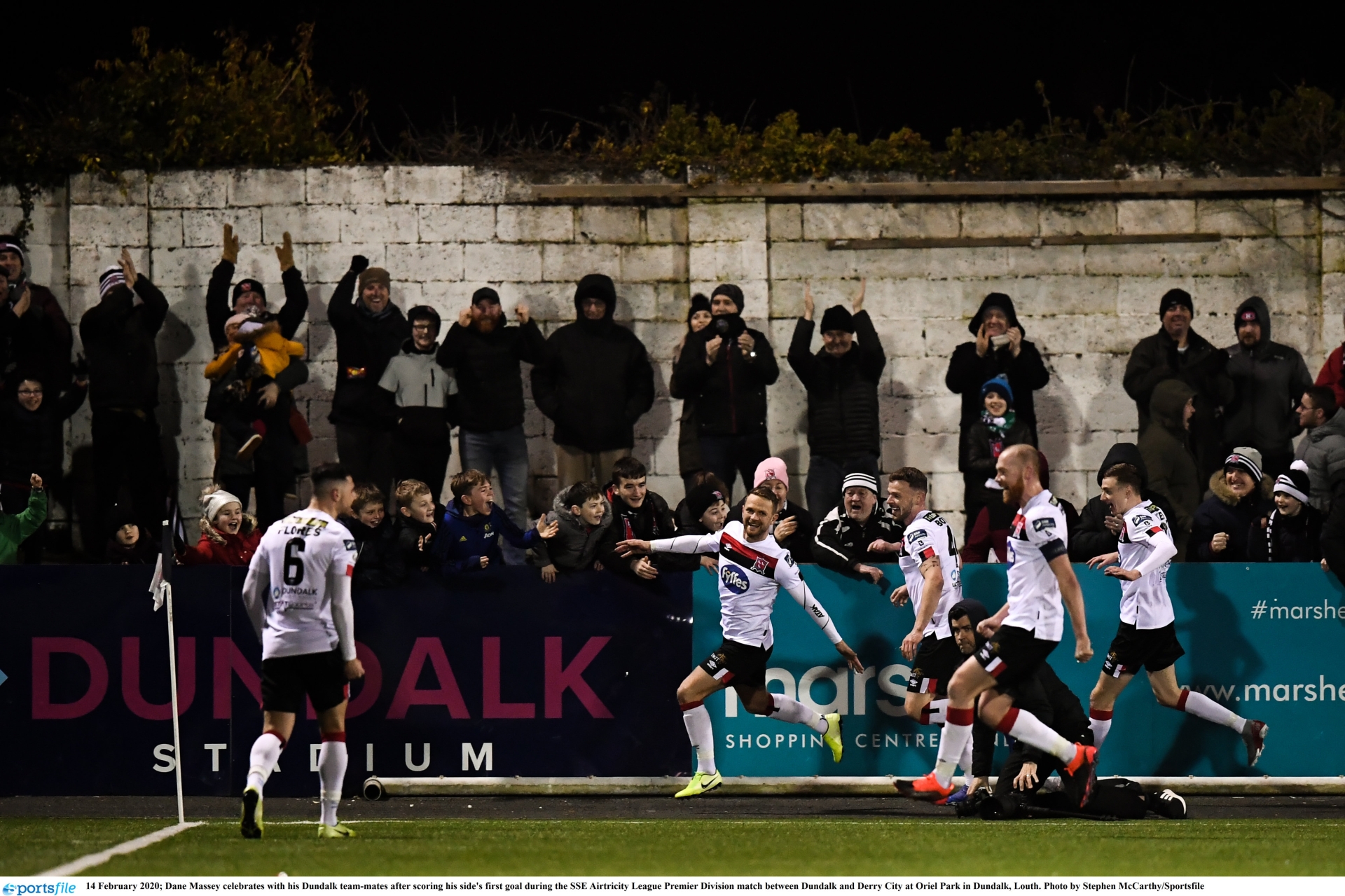 Patrick Hoban headed over from Seán Gannon’s cross not long after that, but the big talking point of the first half came in the 10th minute, when from Hoban’s lay-off after some slack Derry defending, the scampering Massey looked to have been brought down inside the box by Jamie McDonagh.

However, referee Neil Doyle showed no interest, much to the perplexment of the Oriel Park faithful.

Dundalk began to settle themselves after McDonagh had rifled a shot into the side-netting from a tight angle on 25 minutes, with Michael Duffy’s corner being met by the head of the unmarked Hoban before it was deflected just inches over the top by Derry’s Norwegian striker, Nilsen.

The Lilywhites went close again three minutes before the break when, after Daniel Cleary’s cross was helped on by Hoban, Smith lifted a goal-bound effort that had Derry’s veteran goalkeeper Peter Cherrie beaten, but luckily for the former Dundalk netminder, Coll was on hand to clear off the line.

Vinny Perth’s side emerged for the second period, keen to put an end to their opening night hoodoo, which has seen the perennial slow-starters fail to win their first fixture each of the past two seasons.

Massey’s cross from the left was headed clear by Ally Gilchrist, but only as far as Daniel Kelly, who volleyed an effort narrowly wide with Cherrie rooted to his spot, as Dundalk began to up the tempo. 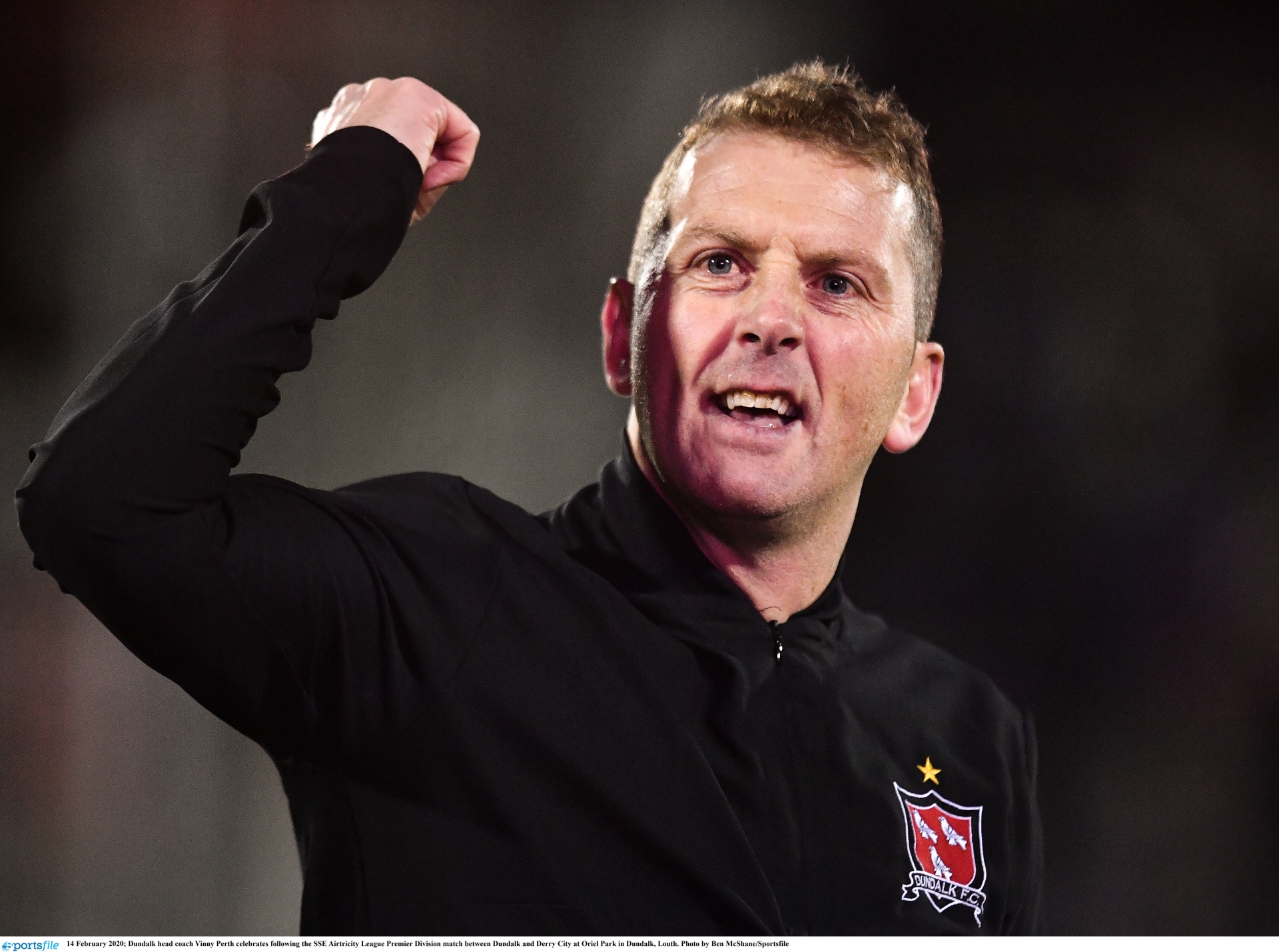 Gary Rogers was largely underutilised throughout, but the 38-year-old showed his undeniable class when he saved superbly from Nilsen’s header, which had preceded a decent cross from McDonagh.

That save provided a ‘not so gentle’ reminder of how dangerous Derry were looking on the counter-attack, but this was a contest in which Dundalk had the better of the chances overall.

A goalmouth scramble resulted in both Cleary and Hoban having their efforts blocked, before, on the hour-mark, Cherrie produced a fantastic save to deny Smith, who turned brilliantly prior to his shot.

Perth unleashed Jordan Flores from the bench, and it was his corner in the 79th minute that was met by Massey’s first-time volley to give Dundalk the lead, cue what were rapturous scenes at Oriel.