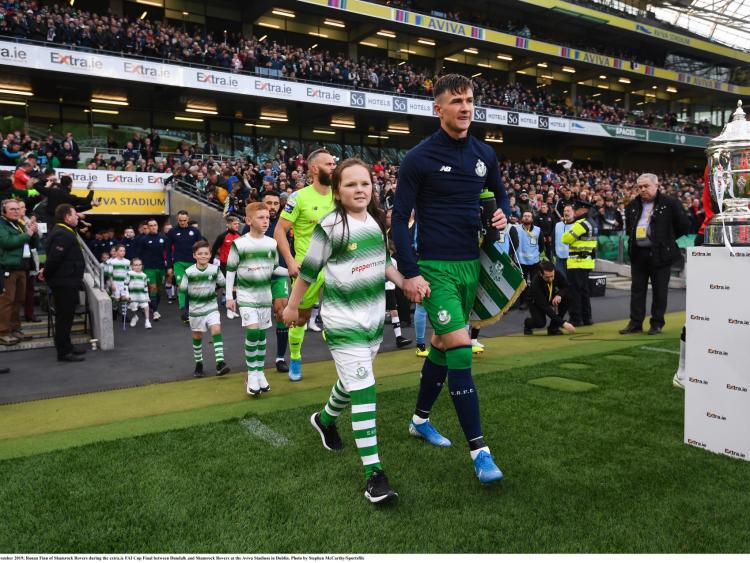 And The Hoops captain, who played for The Lilywhites in 2015 and 2016, insists the frosty reception he normally receives when returning to Oriel Park doesn’t affect him – quite the contrary, in fact.

“If you didn’t get the stick, it means that you didn’t matter,” Finn told The Democrat.

“The fact that I get a bit of stick, I take it as a compliment. It’s all part of football, that’s the way it goes, you play in the league and you enjoy it, you try and relish it and if it can motivate you, then well and good.

Rovers started last season is scintillating form and had opened up a 13-point gap on The Lilywhites by April. However, they ultimately ended the year as runners-up, finishing 11 points behind the champions.

“The target is to get closer to Dundalk, but ultimately, as a player, we need silverware. We tasted that last year with the FAI Cup, but we’ve got to go one step further in the league and I feel Dundalk will be there or thereabouts again.

“I’m sure Pat’s will be there or thereabouts, but we’ve got to maintain and continue what we’ve been growing over the last couple of years and we’ve got to finish ahead of Dundalk.”

Rovers open their campaign with a Dublin derby against Bohemians at Dalymount Park on Saturday.