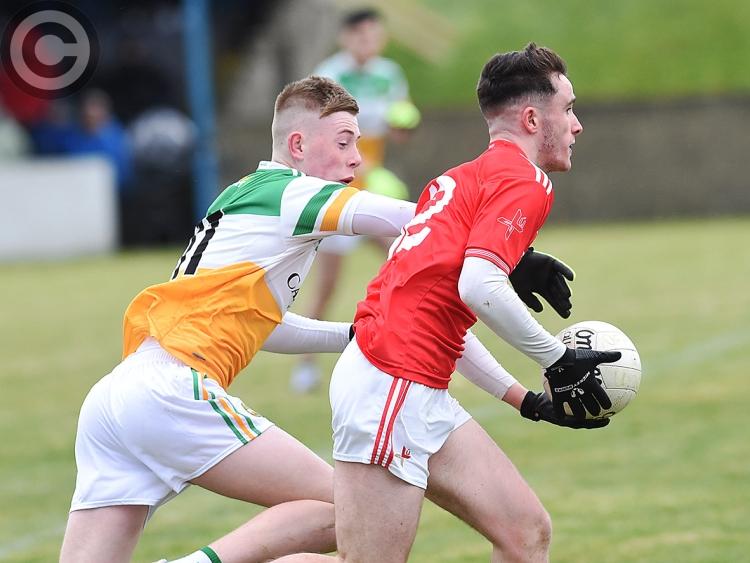 John Flanagan reckons Louth’s U20 team have been let down by greater powers following their Leinster Championship defeat by Offaly on Saturday.

The Wee County were without senior panel members Liam Jackson and Daniel Corcoran for the Dunleer clash after the County Board backed the senior management in their bid to prevent the pair from featuring in the U20 encounter.

And Flanagan, Aidan Shevlin’s right-hand man, is convinced Saturday’s outcome would have been different had the duo lined out.

“If we had to have our two senior players today I think we’d have won that game comfortably,” Flanagan said.

“Liam was our captain coming into this year, Dan’s an established senior player, but I think championship should take precedence over a relegation battle in Division Three.

“That’s only my personal opinion and I know the senior management and County Board have looked at it differently, but we feel very disappointed.

“Liam didn’t get a chance to don the jersey with his brother in their county’s colours, I know he’s devastated and Tom is devastated. Add that bit of quality into the starting XV and I think you’d be playing Kildare next weekend.”

Asked to reflect on the campaign, which included qualification for the Leo Murphy Cup final, the O’Connell’s man added: “We came together at the end of October/November, over 80 lads, and there was a real energy and enthusiasm.

“These lads have put in a massive amount of work, they’d a successful enough league campaign where everyone got game-time and everyone has developed which, I suppose, is the main thing.”