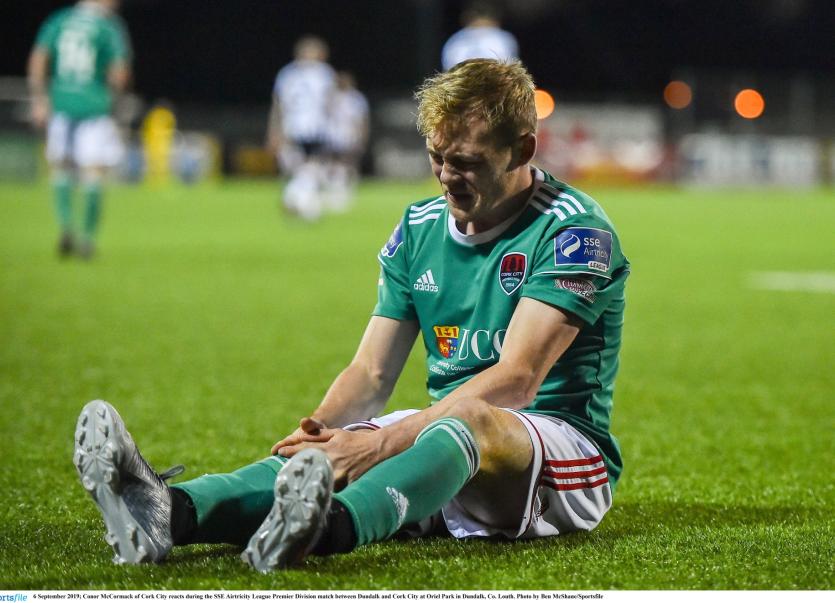 Declan Devine has called Conor McCormack "a brilliant leader" after appointing the Greenore man as Derry City captain for the coming season.

McCormack rejoined The Candystripes after three years at Cork City, where he helped The Leesiders to the league and FAI Cup double in 2017.

But, having gone back to The Brandywell side, Devine confirmed to Derry's Drive 105 radio that he has replaced the departed Barry McNamee as skipper ahead of Friday week's season opener against Dundalk.

“The main man on the pitch this year is going to be Conor McCormack," The Candystripes boss said.

“He’s got unbelievable experience, he’s a brilliant leader on the pitch and his application since the day and hour he came into this club has been second to none.

“His statistics, running, drive and determination, bringing people with him, has been fantastic over pre-season and when we went to speak to him, he had financially better offers to go elsewhere, in the Irish League and League of Ireland, but he really wanted to come and play for Derry City.

“That, on its own, is something that really appeals to me… If the general public seen of Conor McCormack what myself and the coaching staff have seen since he’s come in, it’s a no-brainer... I think he’ll be a brilliant addition as captain this year.”

He added: “Conor was looking from the outside in last year and one of the things he said was that he really liked what we were doing and saw the crowds that were coming to The Brandywell. He saw the togetherness of the players and supporters in really rallying the club last year. He said from day dot that he really wanted to be a part of it.

“Conor loves this football club, he has a great feeling for it and his application to training so far has been magnificent. But more than that, I think he’ll be a player on the pitch who can spit a bit of fire. He plays with a lot of aggression, but he’s also got a calming influence.

“He can show our young players - and we have a lot of young players again this year - what it takes to win football matches in the League of Ireland.”