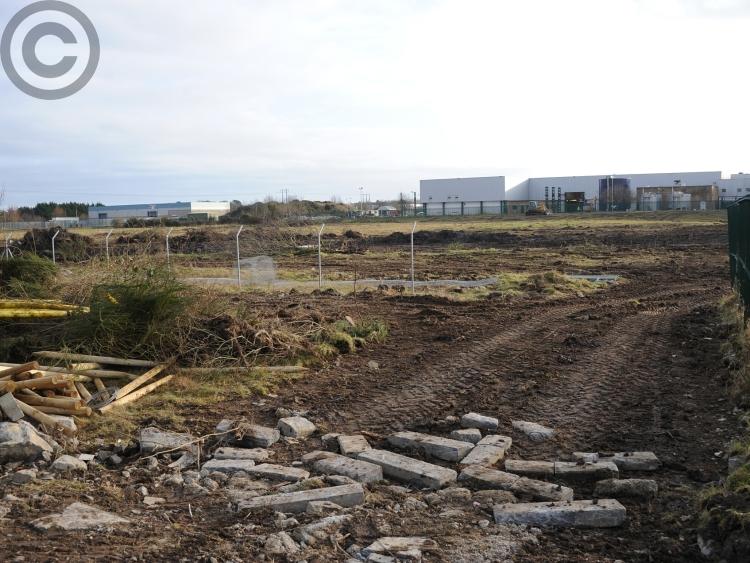 The Inner Relief Road site in Dundalk where Louth GAA plan to build their new stadium, partly with the proceeds of the double house draw which is presently taking place. (Pic: Arthur Kinahan)

Louth GAA’s double house draw committee member Thomas Clare says the clubs’ backing of the fundraiser would “lift your heart”, declaring the initiative as being “in line with other such campaigns”.

The fundraiser, in aid of the proposed stadium development in Dundalk, is currently at an overdrive stage to coincide with Valentine’s Day, with all tickets bought before February 16 being entered into seven draws for the chance to win two further entries into the overall competition.

As of last Thursday night, 508 books, containing 10 tickets each, were in circulation with the overall sales tally standing at 1,500. The expectancy is that 10,000 of the maximum sale of 25,000 tickets will take place online, 25 percent of which is projected to be over the course of the final 10 days.

It’s anticipated the cost of the first house will be covered by the end of this month, with the other prize’s outlay being settled in full before the start of April, leaving the remaining six weeks or so for hard profit.

Mr Clare expects there to be €100,000 worth of entries over the next week, given there is a heavy sales campaign planned for this weekend with sellers’ stalls to be erected at Drogheda’s Scotch Hall, Dundalk’s Marshes Shopping Centre and Lanney’s Supervalu in Ardee. The committee has already surpassed their projected total of salespersons, which presently stands at 406.

In terms of marketing, it was revealed over €2,000 was spent on advertising campaigns in the local newspapers, with awareness promotion set to intensify in the aftermath of the general election. The committee has a budget of €120,000 to spend on Facebook ads, with €1 million being the online revenue target.

Forty thousand houses will receive flyers in the days to come, too, while, in a surprising trend, it was announced that, so far, online sales in the southern region of the county has exceeded those in the Dundalk area.

Crunching these numbers further, there is a 50/50 split in terms of the digital purchasers who are associated with a Louth GAA club and those of no local affiliation. Nonetheless, Clare says research suggests 87 percent of total sales will come from people within The Wee County.