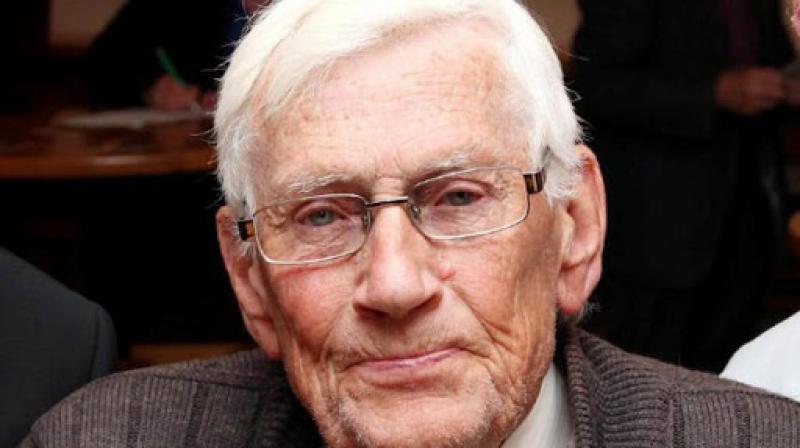 Sport played a big part in Seamus Mallon’s life. There was Gaelic football, golf and horse racing, and, since he was in recent years a member of Bord na gCon, greyhound racing.

There will, hopefully, be many opportunities to visit Louth’s new county grounds after the first point is scored there. Indeed, my aim would be to be there to see that first flag being raised. That won’t happen this year; the suggestion that it would, soon after the site off Dundalk’s Inner Relief Road was chosen for this long-awaited and much-needed project, pushed optimism to the extreme. But all going well, there’ll be something to celebrate long before this decade is put behind us.

Word is there was a healthy crowd there to see GAA President, John Horan, turn the first sod on Monday of last week. The organising committee members were, rightfully, up front; on the periphery were Louth GAA people – two of the county’s ’57 heroes, Kevin Beahan and Jim McArdle, among them – rubbing shoulders with General Election hopefuls and the plain curious.

My plan was to be there, but at around the same time, Seamus Mallon was being laid to rest in a place called Mullaghbrack, just off the road from Newry to Armagh City. The opportunity to pay tribute to one of the great politicians of our time, a peacemaker above all else, took precedence.

Sport played a big part in Seamus Mallon’s life. There was Gaelic football, golf and horse racing, and, since he was in recent years a member of Bord na gCon, greyhound racing must also have been an interest of his. In the latter role he visited Dundalk Stadium in the company of a number of Armagh enthusiasts, regulars at the track.

If he was as fearless on the football pitch as he was as a politician and leader of people, Mallon would have made for the most formidable of opponents. Mistaken in recent writings for a player of the same name who won Armagh senior championship medals with Crossmaglen Rangers in the 1960s, he was in good company when he played on the first Queen’s University team to win the Sigerson Cup, in 1959.

He was at full-forward, directly opposed to countyman, Felix McKnight, in the defeat of UCD in the final, and had the great Seán O’Neill alongside him in the forward-line. Phil Stuart, who, the previous year September had partnered Jim McKeever at midfield for Derry’s first All-Ireland appearance, was also on the Belfast-based team.

Some other names from the final that will be familiar to an older generation of followers: Mick Brewster (Fermanagh), Seán Murray (Longford), Don Feeley (Roscommon), Seán Murphy (Kerry) and the Cavan trio of Jim McDonnell, Charlie Gallagher and James Brady.

A further glance at the match details shows that during the course of the second match needed to decide the final, played in Ballybay, a Plunkett Devlin came on as a sub for UCD.

Yes, that’s the same Plunkett Devlin who took care of many a greyhound enthusiast’s charges when he had veterinary clinics in Dundalk and Newry a number of years back. He was also on hand whenever care was needed for an injured runner at the old Dundalk track.

A product of Newry’s Abbey CBS, Seamus Mallon also attended St. Patrick’s, Armagh, where one of his fellow students was Kevin Beahan, who, it’s good to record, came across as ebullient as ever to those who were in his company at last week’s sod-turning ceremony.

There’s a comparison to be made between these two men. Beahan was an inspiration and also difficult to handle by those who opposed him on the football field; Mallon filled the same role off it.