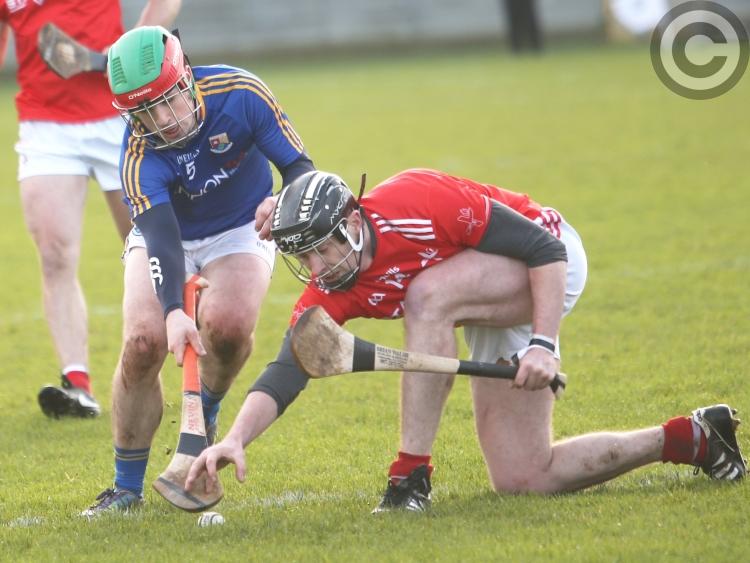 Paul McCormack reckons Louth have shown they belong in Division 3A of the National Hurling League despite losing both of their opening encounters.

The Reds suffered a five-point loss in Longford on Sunday, a result which sees them rooted to the foot of the table alongside pointless Monaghan.

Seven days after the footballers went down to defeat at Pearse Park, the hurlers never looked like faring any better, having opted to face the stiff breeze during the opening half.

Nonetheless, McCormack is adamant his charges can recover to prime themselves for the visit of Donegal to Darver on Sunday week.

“There’s no doubt the players are disappointed about where we’re sitting, but they’re the facts of where we are,” the Armagh man told The Democrat.

“We can either put our heads down and feel sorry for ourselves, or we can face the challenges that the next three games present, and I know the character that our boys have that that’s what we’re going to do.

“We’ll be looking forward to this week’s training and next week’s in preparation for Donegal.

“I’m under no illusions that this is a tough league, but I feel we’re well able to be competitive in this league and this is the league where we belong.”

He added: “We didn’t just reach the performance levels (of the Tyrone game) again. There were too many handling errors, too many basic errors in terms of use of the ball, and that definitely contributed to our downfall. If we can tighten those areas up again I’ve no doubt that we’ll be competitive against Donegal and keep improving.”

Alan Ward was ultimately the most painful thorn in Louth’s side, Longford’s marksman-in-chief convert- ing eight of his 10 points before half-time, at which stage the winners were 0-12 to three in front.

And The Wee County’s challenge hit the rocks within three minutes of the second period getting underway as Johnny Casey fired past Donal Connolly for the game’s opening goal. Andrew McCrave’s goal six minutes from time helped Louth to draw back the deficit, but were ultimately untroubled in their quest for victory.

“We completely dominated the second half, but just couldn’t close the gap enough,” the manager added. “The minutes after half-time just gave us too much to claw back, but, again, I can’t fault the effort of the players. They put a huge shift in and the gap, which went from nine to 13, was just too much to bridge.

“We had a good phase of three points in a row and at the 28th minute mark (of the second half), it was 1-15 to nine, when we hit 1-1 to leave it a five-point game going down the stretch, over the last five minutes and injury-time.

“I felt we’d a chance, but Seaghan Conneely, who’d a great game for us, had a shot which went over the bar as opposed to going under and we probably needed a second goal to really turn the screw on them.

“It’s a frustrating day for both players and management, in terms of not getting the rewards for the effort at training and commitment on matchdays.”