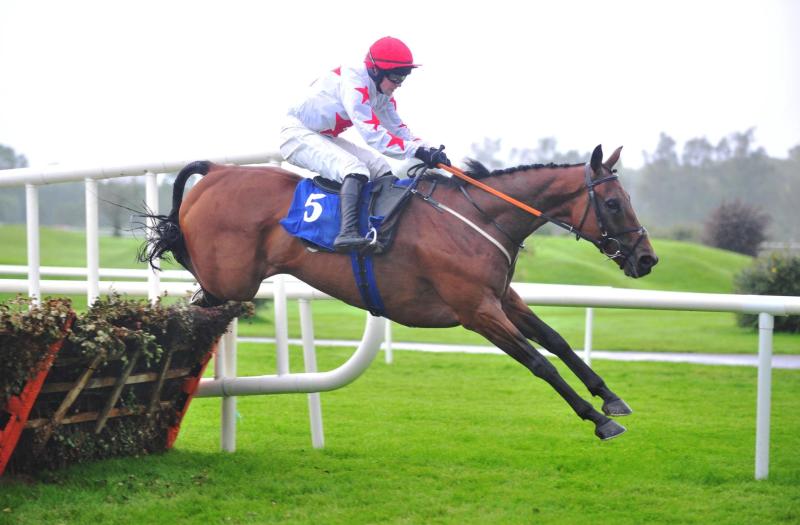 Had it ended like that, with Darver Star taking the bronze medal, it would have been hailed an outstanding performance by the local horse; but he had something more to offer.

Gallant in defeat. It’s an expression often in sports reports. I used it myself in my days covering the GAA scene for this ’paper, wheeling it out whenever a team, especially one filling the underdog role, was narrowly beaten.

It came to mind on Saturday afternoon last after Darver Star had crossed the line a close-up runner-up to the favourite in the Irish Champion Hurdle, at Leopardstown.

The ‘Champion’ is the country’s most prestigious hurdle race, and this year attracted a couple of the best in training. By giving their gelding an entry in the €114,000-to-the-winner contest, Darver Star’s mid-Louth owners, Pat Cluskey, Seán Fanning and Simon Fagan – taking advice from trainer Gavin Cromwell, no doubt – showed they were up for a challenge.

There were nine in the line-up, the betting suggesting it rested between Honeysuckle and Sharjah, representing two of Ireland’s leading stables. The odds-on Honeysuckle got the verdict, but what a race 20/1 chance Darver Star ran.

Always handy, the eight-year-old, bred by part-owner Cluskey, looked destined for third after jumping the last. He had Honeysuckle and Petit Mouchoir up front going head-to-head, with the Willie Mullins-trained Sharjah well in arrears.

Had it ended like that, with Darver Star taking the bronze medal, it would have been hailed an outstanding performance by the local horse; but he had something more to offer. Going faster than the others approaching the line, he edged his way into second. Given another hundred yards to run, he might well have got to the front.

There were high-fives and hugs in the ring afterwards, the mid-Louth boys and their supporters delighted with their charge’s magnificent run. When the excitement had died down, thoughts must surely have turned to the next Champion Hurdle, the one to be decided at Cheltenham in five weeks’ time.