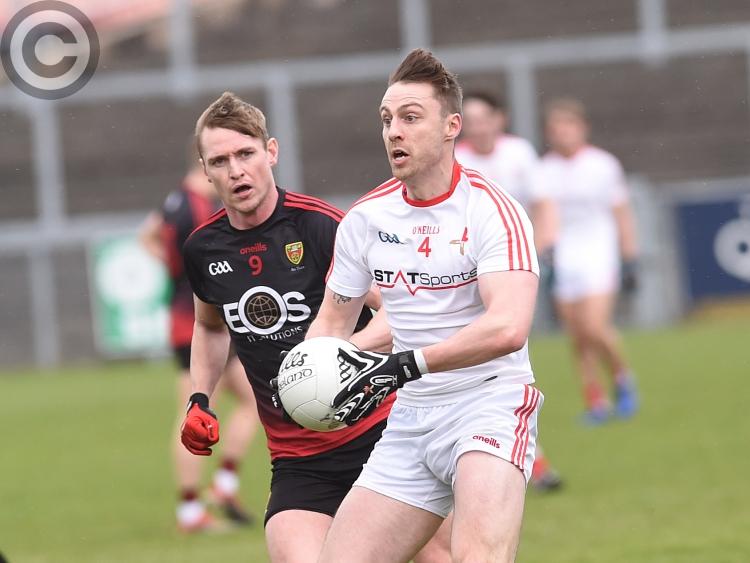 Louth's James Craven is struggling with injury at the moment. (Pic: Arthur Kinahan)

Louth manager Wayne Kierans concedes the team’s present injury situation is “a major concern” after four players picked up hamstring injuries prior to - and during - last Sunday’s National League opener.

Ciarán Byrne, Niall Sharkey, James Craven and Conall McKeever are all hugely doubtful for this tomorrow’s game against Tipperary, while Fergal Sheekey’s suspension is set to continue for a second game.

The Reds host Tipp as one of just two Division Three sides to be pointless after round one and a second consecutive defeat would have Kierans’ side staring at relegation in spite of the campaign being at such an early juncture.

“They’re muscle injuries so if we had the magic formula for preventing injuries we’d be rich guys. We’ve talked about it and tweaked a few things, but it’s just down to a bit of bad luck.

“The week probably won’t be enough to get Conall back. There’s a possibility that we might have one or two back, but we’re not sure, the games come thick and fast.”

While disappointed at Sunday’s beating by Longford, Kierans is hopeful of Louth getting their season back on track over the next fortnight, with Tipp and Offaly visiting Drogheda consecutively.

The Wee County lost last season’s first round encounter, against Longford, before recovering to push for promotion, with the O’Connell’s clubman believing a similar turnaround is possible with work to be done on the training ground.

“We’re in the same situation we were in last year, and we bounced back pretty well then,” he added.

“We’ve a tough game against a really seasoned team, but we’ll try our best. We’ll try and iron out a few details. We’re used to the schedule so now we’ll be trying to address that performance on Sunday and be a lot better.

“Our half-back line was particularly young and I thought they did okay; today will bring them on big time for the rest of the league.

“There are positives, but we’re disappointed.”