COMMENT | All-Island League presentation is exciting, but can it really withstand scrutiny? 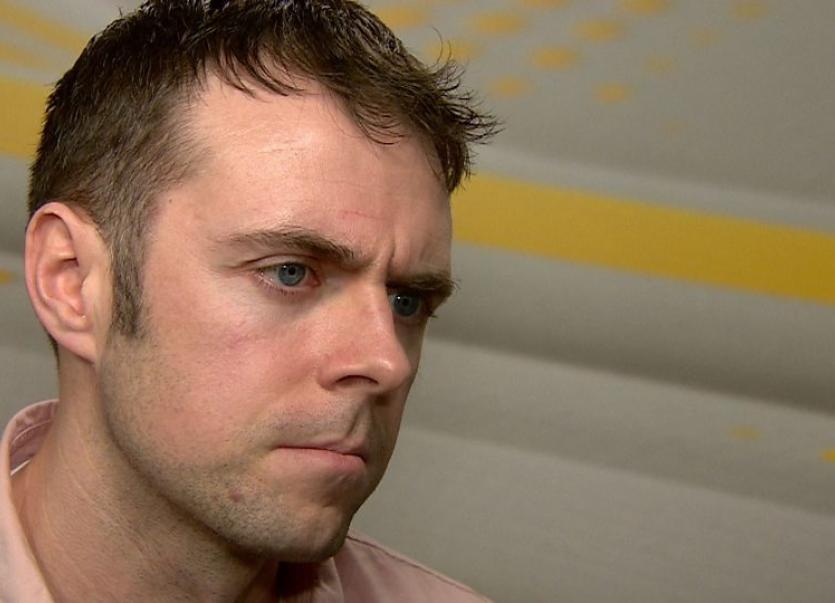 There can be no faulting Kieran Lucid’s ambition or the ability of the All-Island League advocates to impress by attractive presentations and proposals.

There can be no faulting Kieran Lucid’s ambition or the ability of the All-Island League advocates to impress by attractive presentations and proposals, but ultimately the potential for a cross-border competition depends on figures which are yet to be established.

Hypercube CEO Pieter Nieuwenhuis spoke with great impact at Thursday’s open media event at the Crowne Plaza, giving a 30-minute demonstration on potential reforms and how, in effect, they could transform domestic football on this island. It was impressive and exciting, if unable to withstand a test of practicality.

Mr Nieuwenhuis’ work in Belgium and Denmark has been extraordinary through the manner in which it has revitalised the top-flights in those countries. And it’s evident a similar improvement in terms of performance would be hugely welcomed within Irish football.

The Dutchman proposed four potential avenues of exploration: remain as per the present structure, with no alliance between clubs north and south of the border; have a cup competition - like the Setanta Cup, only much broader - with a European place possibly being the champions’ prize; form a league comprised of clubs north and south, with feeder, regionalised championships, before, for the other half of the year, competitors return to the leagues within their jurisdiction; the fourth: have an all-island league, with a pyramid below of divisions formed on the basis of geography.

He gave an example of how it could function in a 16-team structure, entailing 10 from the south and six from the north. The criteria for selecting the dozen-plus-four would have to be established, but the AIL people have accepted that stadium standards could be a stipulation.

Correlation was drawn between the improvement of international leagues and the retention of younger players within those set-ups. The idea being to convince stakeholders that Irish clubs, either side of the divide, could elevate to a par with their Scottish peers. Again, in theory, this is a neat idea, but how practical is it?

In the face of scrutiny, Kieran Lucid, the main driver of the AIL concept, wasn’t altogether convincing. When the political situation was arisen as a possible concern, his avenue was to suggest that similar problems were encountered in other countries, with “the Danish-plus model” continually being coined. It, however, is a structure indifferent to Ireland’s social climate and its intricacies. Denmark or Belgium hasn’t a sport as strong as Gaelic games to share their market with either.

The added cost of organising and policing clashes of, for example, Linfield or the Belfast clubs and Derry City or Dundalk were brushed over. How capable the services would be of maintaining order amid a hectic programme of multiple such fixtures has yet to be established, although Lucid confirmed that meetings with An Garda Siochana and the PSNI have and will take place.

A gathering, it was revealed, involving Crusaders supporters and Lucid’s body took place in recent months and the general sentiment appeared to reject the AIL outwardly until the supposition for a split - involving a united division for one part of the year and then the return of the present system for the other - was tabled. They would, it was stated, be more interested if this were the case.

Yet the figures don’t add up. Lucid confirmed in an interview afterwards that in such an event, the League of Ireland would be decided after 18 matches and the NIFL following game-week 22. European places, he continued, would be determined at this point within the relevant jurisdiction, i.e. four in the south and two/three up north.

So what, ultimately, is the incentive to form a united league for the latter part of the term, where there would essentially be a series of glorified friendlies? The real money lies in qualifying for Europe and so the season objectives of Shamrock Rovers, Dundalk, Linfield or Glentoran, financially anyway, could be achieved by June or July. ‘Superb, now let’s go on holiday for the remainder of the year…’

Even if there was to be a UEFA concession and another continental place freed up via the AIL, it’d likely be irrelevant to the clubs who should be competing towards the summit. Flip the format around, to enable the cross-border divisions be played over spring and early summer, and the issues remain the same: what’s the point in the first half of the term?

It’s claimed that the AIL would allow for further commercial development and an increased profile. If Rovers and Linfield were meeting in Belfast, a big crowd may or may not be drawn, but if there’s nothing at stake bar a title, with both already having met their domestic targets in securing a place in Europe for the following year, what’s the overriding incentive?

And then, why, if there are broadcasters and partners queuing to support the idea, are there no hard facts, figures and documents to substantiate a notion that has, so far, been all about fantasy and idyllic outcomes?

How this will be prevented from becoming an east-coast league is another hugely important debate that needs to take place.

As difficult as it may seem to fathom from the above, I actually enjoyed Hypercube’s painstakingly detailed display and felt optimistic about the ideas it developed. Yet, under questioning, the AIL crew weren’t as convincing and while it’s understood that the proposal remains at a premature stage, it would be a mistake to ignore the impact of the drawbacks.

The next month-to-six weeks should determine where the next phase of this project is at, a return meeting with the IFA, who are yet to be persuaded, due to take place.

Crusaders manager Stephen Baxter, in an interview with The Belfast Telegraph, said it would be wrong to rush into an All-Island League without ironing every crease. Something we can all agree on.