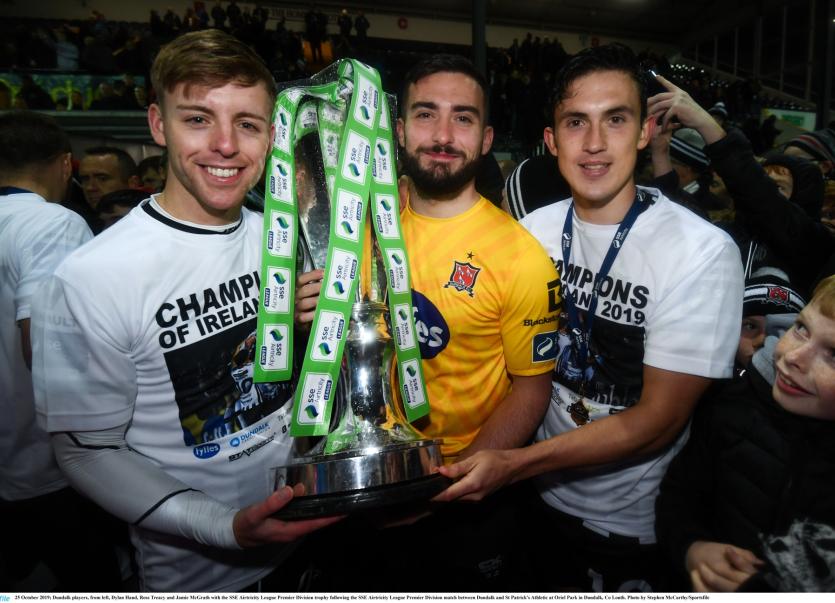 It’s been a winter of adjustment for Ross Treacy, the young goalkeeper who is trying to establish himself as Drogheda United’s No1.

The 21-year-old spent the past two seasons as Dundalk’s third-choice, having returned from a spell at Swansea City, but took up Tim Clancy’s offer of joining The Boynesiders before Christmas.

“It’s going to be different playing against the boys, as opposed to training with them every day and travelling with them here, there and everywhere,” Treacy says, ahead of his Oriel Park return on Thursday night.

Playing opportunities were few and far between during his terms with the champions, yet opting to depart has resulted in a drastic lifestyle change. He’s now working during the day, recently starting a job, and training in the evening.

“But I’ve got into it fairly quickly and am in a routine now, which is good. You put in the hard work during the week, work during the days, and come Friday evening you’re buzzing for a game.”

He admits the present uncertainty relating to the First Division fixture list is a hindrance the Drogheda players have been trying to block out, with promotion remaining very much the aim. And they’re bidding to begin that push against Dundalk.

Boss Clancy is encouraging them to enjoy facing Irish football’s kingpins, while putting their training ground work into practice.

For Treacy, that should be something to savour considering the majority of his football over the last two years has been restricted to the preparation pitches. Still, though, he has no regrets over how his time at Dundalk panned out.

“People would look at it and think it would be detrimental, not playing, but when you’re training every day with the best players in the country, it can only benefit you in terms of the pace and how the lads apply themselves. You can learn a lot.

“You can’t train as you play because you need the game-time - it’s the be all and end of all - but in the two years I learned a lot from experienced players and things like travelling to European games, it’s stuff you mightn’t do in your career.