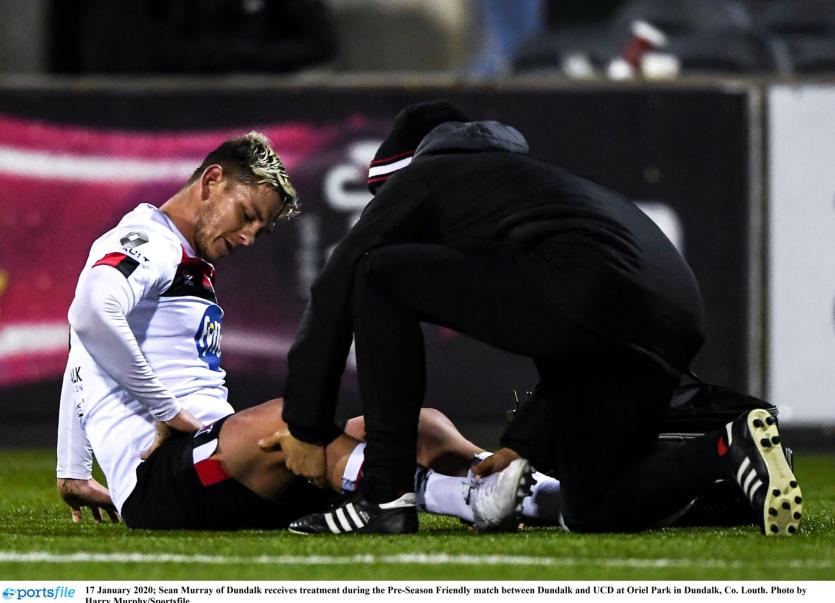 Dundalk FC’s Seán Murray gets attention during the recent friendly against UCD - reserve leagues could be a way for injured first-team players to get back up to speed in a competitive environment.

How many players are slipping through the League of Ireland net due to the lack of reserve team football?

It’s a well-worn course of dismay that players at 19 are either moved into the senior set-up or allowed drift away having potentially been, given the underage leagues now cater for players from as young as 12, with a club for seven years.

I recall a discussion with an Oriel Park regular a number of weeks ago where memories of the old Dundalk FC B team were rekindled. Your writer wasn’t born when it was at its peak, yet there remain enough good tales from through the decades to suggest appearances on the second string were coveted, particularly among local players.

Tommy Campbell, speaking to The Democrat before Christmas about his lifetime involvement with the town’s rugby cohort, mentioned training with Dundalk’s second team on a few occasions. He appeared satisfied by this.

A drawback to much of the present, unforeseen success involving The Lilywhites, as some see it, is the lack of a born-and-bred Dundalk man from the panel, when, really, this has been pretty much par for the course throughout the various memorable eras of the past 40 years.

Perhaps, though, having a B team quenched some of the concerns in that it became populated with players who had grown up watching Dundalk and striving towards pulling on the white jersey at some point in the future.

Last season’s League of Ireland title-winning manager, Vinny Perth, stated recently that he’d love to see The Lilywhites entering a B team into the First Division.

“One of the biggest criticisms of Dundalk is that we don’t develop young players,” he said. 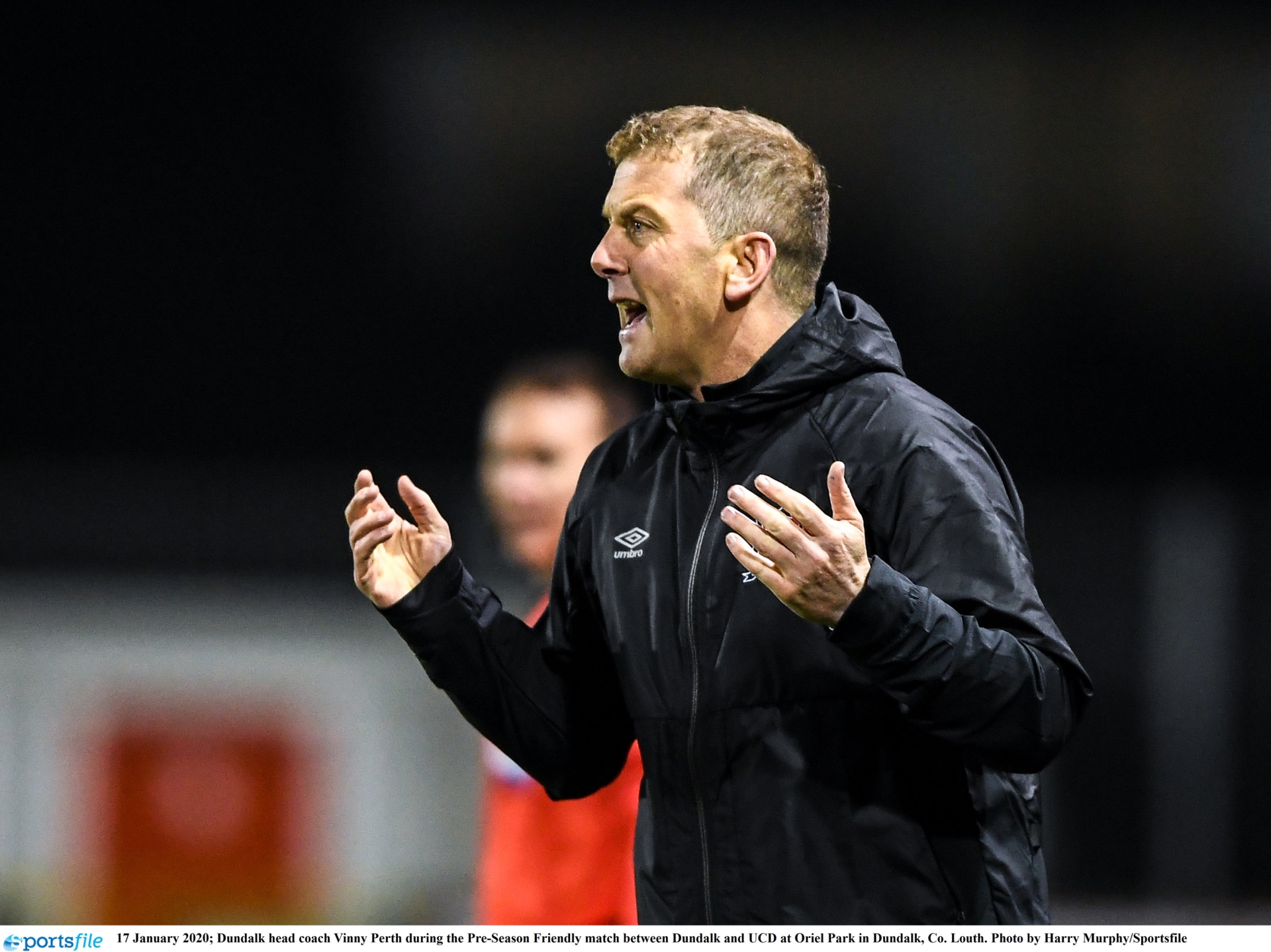 “We’re a small town, with about 40,000 people living in Dundalk, so we struggle to bring local players through and it’s something that disappoints me.

“I would love nothing better than somebody from, for example, Blackrock starting up front for us and scoring a big goal.

“That would help us develop as a club. It will help that community base come in. But we’re so far off being able to bring players through because the gap is so big (between underage and first team).”

And he’s right, it would be fantastic to see talent which flourished in the domestic schoolboys’ or DDL tiers graduate into a set-up which allows them to gain regular football, all the while training with first-team stars. It offers a chink of light and may even lengthen the pathway from juvenile grades, as opposed to the underage treadmill halting at a cliff.

But is it necessarily fair or just for First Division clubs, who are already swimming against a tidal current, to be made suffer further? Whatever chance Drogheda United have of getting a gate on a Friday night when playing Cobh Ramblers or Cabinteely, it would surely be lessened upon the visit of Shamrock Rovers’ second string, especially if, as will be the case, Stephen Bradley’s Hoops are lining out elsewhere and so drawing followers’ attention.

Then again, how many clubs, outside of the leading few, would be able to commit to the costs of submitting a reserve team into League of Ireland proper? Recent accounts suggest Dundalk are losing money year-on-year, so what would the incentive be to invest hundreds of thousands more in a team which, should they win the First Division, would only pocket €25,000 in winnings?

And this is before it’s even assessed whether Dundalk are structurally capable of fielding a second-team at a full-on level. Shamrock Rovers, through developing an academy which no other club on the island can realistically measure to, are really the only sound possibility for First Division membership. That much can’t be argued with, as 2020 will be the second time in a decade they’ve made up the lower tier’s numbers.

However, a way of at least testing out a club’s credentials second-team- wise would be to get a reserve league back in place, where, as is in the majority of countries, players returning from injury could get minutes they need, emerging talent would continue to develop within a conducive environment and, perhaps in Dundalk’s case, local players honoured in a way previous generations were.

There are hiccups, of course, in that Bohemians, Derry City or St. Patrick’s Athletic, who are perched below Dundalk and Rovers in terms of present wealth and standing, may be unable to expand their panel size as would be necessary for a reserve team. In such an event, U19s could be asked to fill the void and so their schedule may become overloaded.

Perhaps, then, would it be advisable to age-group the second-team league, as per the scenario in England with U23 football? Albeit there is an allowance for four overage outfield players to take part, the sides are largely corporated by lads trying to carve a career for themselves, who are just below first-team level.

Regionalise it, devise it on a one-round basis, play it over a reduced period, the options are plentiful. It may even be a surprising success.