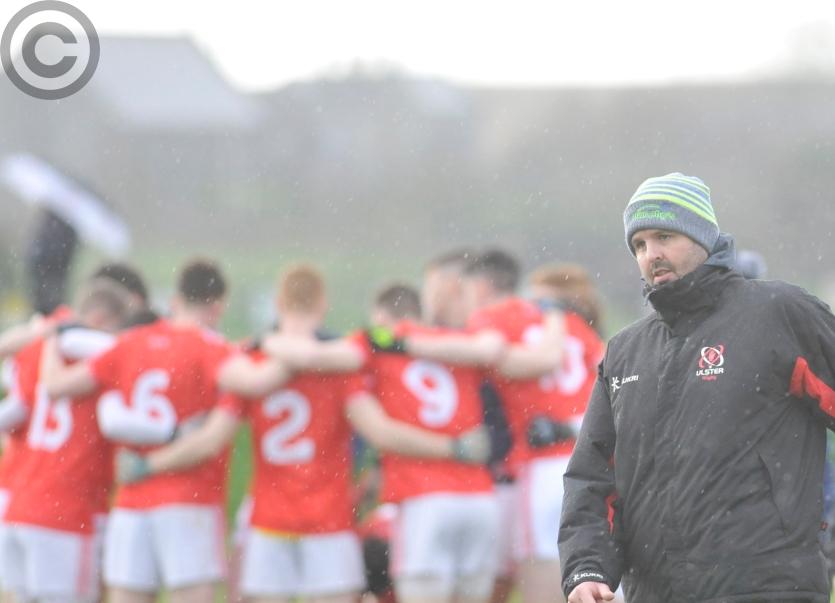 The Wee County trailed throughout a game in which they conceded two second half goals, as Mayo pressed home their superiority at Páirc Seán Mac Diarmada to convincingly prevail.

An early point from Craig Lennon kept The Reds in touch, and following a burst which returned scores for Lennon, Ciarán Keenan and Ben Collier, the gap was back to just two.

But five of the half’s closing six points were registered by the Connacht side, with Darragh Malone, who came off the bench before half-time, shooting Louth’s sole effort.

Trailing 0-11 to five at the interval, Frank Irwin struck a killer goal for Mayo in the early stages of the second period as hopes of a Louth victory dissipated.

Conall McCaul - a star of The Wee County’s victories over Tyrone and Antrim in recent weeks - and substitute Carl Gillespie brought The Reds’ tally to seven, while Lennon added his third of a decent individual display. But Mayo were rampant, Kuba Callaghan hitting the winners’ second major shortly after coming on.