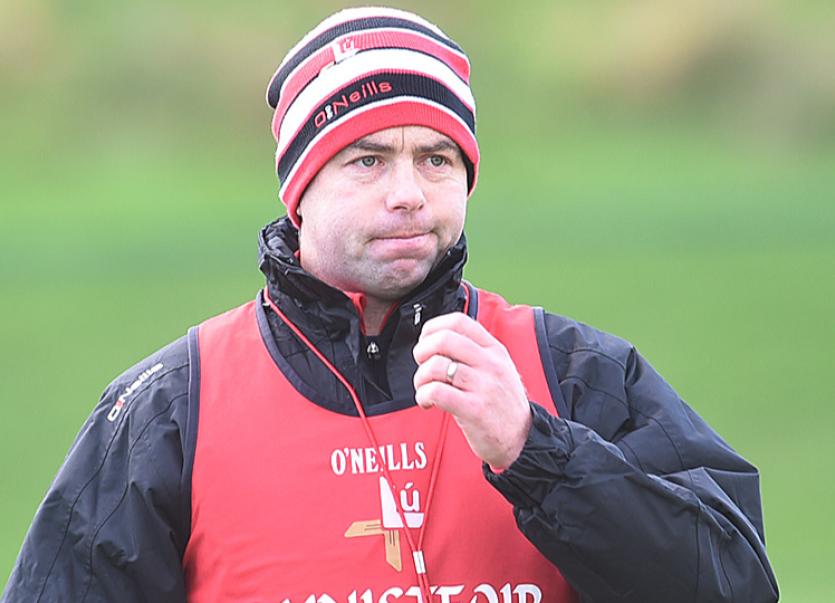 Competition for places is serious within the Louth squad ahead of Sunday’s National Hurling League opener, says manager Paul McCormack.

The Wee County take on Tyrone in Darver seeking to get their Division 3A campaign off to a winning start and they enter buoyed by their pre-Christmas win over The Red Hands in the Conor McGurk tournament.

Challenge matches against Leitrim and Sligo have seen The Reds up their league preparations and McCormack is encouraged by what the players have given so far.

“Competition is rife for places and that’s the type of environment we want for the squad,” McCormack told The Democrat.

“We’ve done more before Christmas this year than we did last year, probably because I knew the players and squad better. We’re organised better and there’s been a good response from the lads, which we hope will pay dividends down the line.

“We’ve added a couple of new faces to the panel after Christmas - Andrew Mackin (Naomh Moninne), Bob Grace (St. Fechin’s) and Neil Thornton (Knockbridge) - which will give us more options, so it’ll probably be a changed team from last year for the first game.

“We want to create more competition for places and improve standards all over. This management team want to leave Louth hurling in a better place.

“When or where that is, I don’t know, but we want to make sure that down the line, for Louth hurling, there is a platform to build off.

“That’s our aim. If we get success along the way, brilliant.”

Home advantage, the Armagh man feels, isn’t necessarily a swaying factor at this level and he predicts the line-ups being vastly different almost eight weeks on from Louth’s last set-to with Tyrone.

Thus, the Ulster outfit will be stronger, with star man Damien Casey to take to the field this time.

“The match against Tyrone was a pre-season tournament and both teams will be vastly changed,” he added.

“We’re under no illusions, in the two games last year Tyrone beat us. We know we have a gap to bridge, but we’re certainly trying to do it.

“While we’re looking forward to getting going in the league and that’s the first match, we’re just looking to get a good performance, to improve on last year and look for players to settle into their positions.

“If we can get a performance, the result will look after itself. The pitch in Darver is huge and wide-open, and we’re hoping to use that to our advantage. We know it from training in the complex, but it will all come down to the small errors that we’re trying to take out of our game.

“Most pitches this time of the year will be heavy and the ball will be a bit slower, so it’s about trying to compete as best we can on the day.”