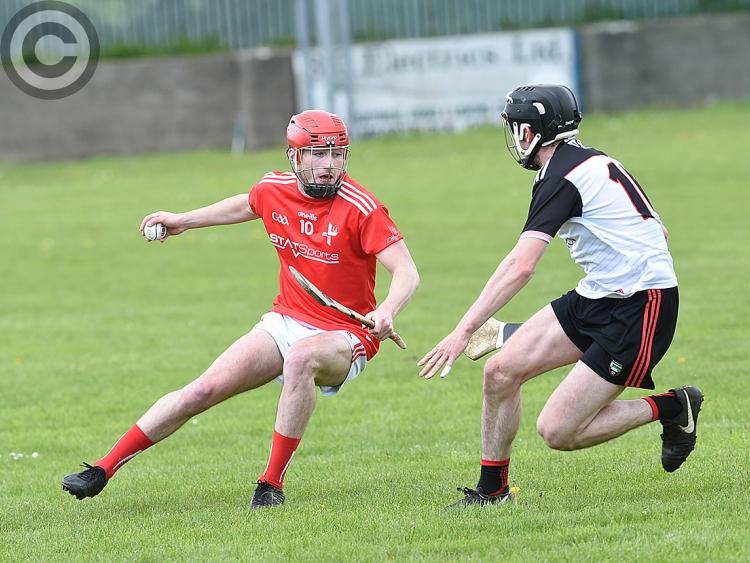 Hot talent Feidhelm Joyce wants Louth to use the upcoming National League campaign as a stepping stone to championship glory in the summer. (Pic: Arthur Kinahan)

Hot talent Feidhelm Joyce wants Louth to use the upcoming National League campaign as a stepping stone to championship glory in the summer.

The Naomh Moninne youngster was a shining light in a fairly disappointing 2019 for the county’s hurlers, which culminated in relegation to the Lory Meagher Cup for this year.

However, The Reds remain in Division 3A of the points’ competition, alongside Nicky Rackard opponents of Christy Ring Cup pedigree, Armagh and Donegal having played at the higher grade in recent seasons.

“We’re really looking forward to the league as a marker, playing against good teams who’ll bring us on as players,” Joyce told The Democrat.

“And it’s a benchmark to bring that experience down into the Lory Meagher championship. Playing against the better teams might stand to us there.

“We’ll be looking to try and stay up, and do well in the division. We’re going to be tested in the league and it could be a case of trying to avoid relegation and anything more than that is a bonus, but our main focus is to perform well and play well as a team.”

Joyce, a second year business student at DCU, enjoyed a hectic last term, featuring prominently for Geraldines in the big ball game, as well as starring for Moninne in winning his second senior hurling championship medal.

A break may have been in order, but when Louth boss Paul McCormack got in touch the 21-year-old was raring to get back involved within a set-up entailing both young and old.

“There’s a good crop of us coming through and Paul has added a few more younger lads to the panel, which is good to see because, obviously, the older lads aren’t going to be able to play forever. We don’t have a huge amount of players in the 27-28 age-bracket.

“There’s a good feeling in the squad and everyone is looking forward to the league massively. Given the way we performed last year, we felt the results didn’t go our way.

“But we’ll be looking for nothing less than a win (against Tyrone) and then Longford away is another game that we’ve marked as ‘potentially winnable’.”