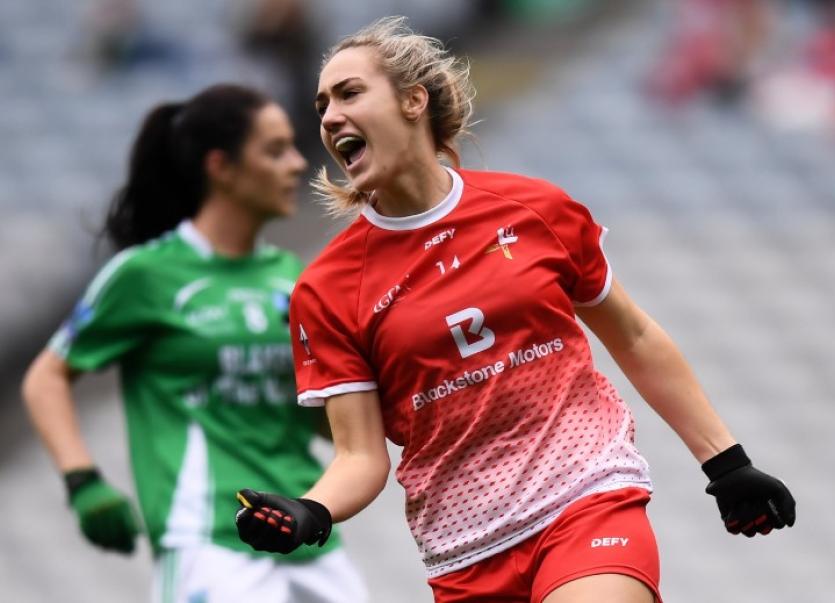 Kate Flood is relishing the “gorgeous beaches” and “lots of Irish” in Perth as she prepares to take her WAFL bow against Geelong on February 9.

The two-time LGFA JFC Player of the Year, along with Leitrim’s Aine Tighe, is part of the Fremantle side bidding for glory in this year’s Women’s Australian Rules series, having departed Ireland for Down Under in late October, in the aftermath of tasting All-Ireland glory as Louth captain.

She describes the professionalism of her environment as “mind-boggling”, even if the female version of Aussie Rules is still in relative infancy, in just its fourth year. Everything from GPS vests to sitting in lecture theatres going through game-plays.

“You could say it’s hectic, but it’s enjoyable,” the St. Patrick’s star told The Democrat.

“Our general week is: Monday, we’re in at five in the evening for gym and education, which is running through your set-plays; Tuesday, we’d finish at half-seven or eight from 5pm, with preparation with a physio and a two-hour session. Then it’s ice-baths, recovery and a meal; Wednesday, you’ve your own gym session at any time you want; Thursday, it’s the same as Tuesday; Friday, we’re off; Saturday, we’ve an early session from 7-11am.

“And when the schools come back we’ll be in them doing carnivals, which is teaching ‘footy’ to the kids. It’ll be a learning curve to us as well.”

A fitness test, too, perhaps.

The rule-ridden game takes some getting used to, Flood admits, albeit her progress has been steady and impressive.

“We’ve had a few ‘scratch matches’ and everything seems to be going well; they’ve been happy with how I’ve been performing,” she adds.

“The heat is probably the biggest aspect - it got to 40 or 42 one of the days, so we stayed inside!

“But from a football side, I’m very pleased with it. Kicking and catching is the same as the Gaelic, but when the ball hits the ground you don’t know what direction it’s going to go.

“You can judge the bounce of a round ball, but here you can’t so we really concentrate on the picking up of the ball in training. Catching the ball before it hits the ground is another thing we practice a lot, which is a mark.

“But it’s mind-boggling how it’s all set-up. Even to do this interview, I’d to go back to the club to make sure it was alright.

“The pay still has to catch up with men, but other than that it’s as professional as it could be.”

And, in fanfare terms, the women’s game is a big deal.

Their home, Fremantle Oval, typically perches attendances of 5,000 or so. “All sports over here are just massive,” says Flood.

The quip is backed up, too, given their second outing is a derby match which is to be played at Optus Stadium before a crowd predicted to be in the region of 40,000.

Not that Flood, who has always been a player for the big occasion, is fazed, especially on the back of hurdling the personal struggle of spending Christmas away from her family.

Albeit, the visit of her boyfriend, Aaron, made the festive period easier to cope with.

“When you know they’re back at home supporting you and going to come over and visit you, it gives you the extra push,” Flood adds.

The season is due to finish in April and considering Fremantle reached the last four in 2019, the club’s aim is to land in Grand Final territory this term.

Nonetheless, the 27-year-old is planning to remain in Oz until July, which calls her potential involvement with The Wee County, on their return to the intermediate championship, into question.

“I’ve spoken to Wayne, but I’ve nothing planned until I come back home.

“The girls have been saying training has been positive and going well, but I’m not going to make any plans or promises until I come home.”