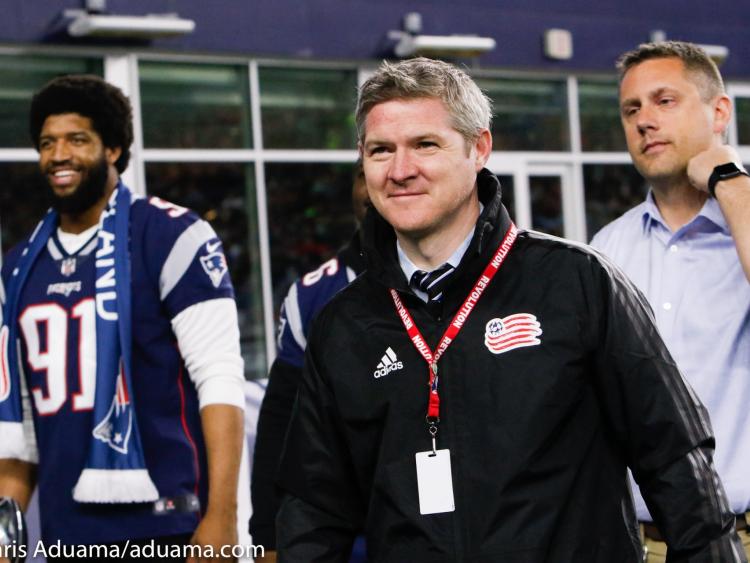 Cathal Conlon has every reason to fear coming home to Ardee. The Deeside town isn’t quite Boston, where he now lives and works, and while St. Mary’s and Square United are institutions in the area, New England Patriots and Revolution are surely on a slightly more attractive scale.

But it’s terror of another sort that has Conlon on edge when it comes to arriving back where he grew up, something fairly “vicious”, he concedes.

“I get dog’s abuse when I come home,” the mid-Louth man tells The Democrat.

“The first time I drop an ‘awesome’ in there I get absolutely destroyed. In Boston, everything’s awesome,” he adds.

And it’s not just his local mates who get on his back in relation to his rather multicultural twang. His Irish-American wife, Noreen, picks up on it, too.

“When I started on the phones in Boston, the first thing I had to do was slow down and when you try to make people understand you like that, you subconsciously try to sound like they want you to sound,” Conlon says.

“I developed this sort of mid-Atlantic twang, which I get dog’s abuse for. Then Noreen will tell me that she knows when I’m on the phone to someone from Ireland because (my accent) automatically speeds up and thickens again.

OPPORTUNITY
In ‘the land of the free and home of the brave’, this particular Ardonian has done well for himself. Based there with his wife and two kids, “soccer-mad” Oliver (6) and two-year-old Lilly, Conlon is in his 14th year with MLS side New England Revolution.

He’s presently the club’s Vice-President of Marketing, having worked his way up through the outfit’s ranks from his original position as a ticket seller, a role which he credits for changing his accent. Still, in spite of the jibes, the positives must outweigh the major negative. 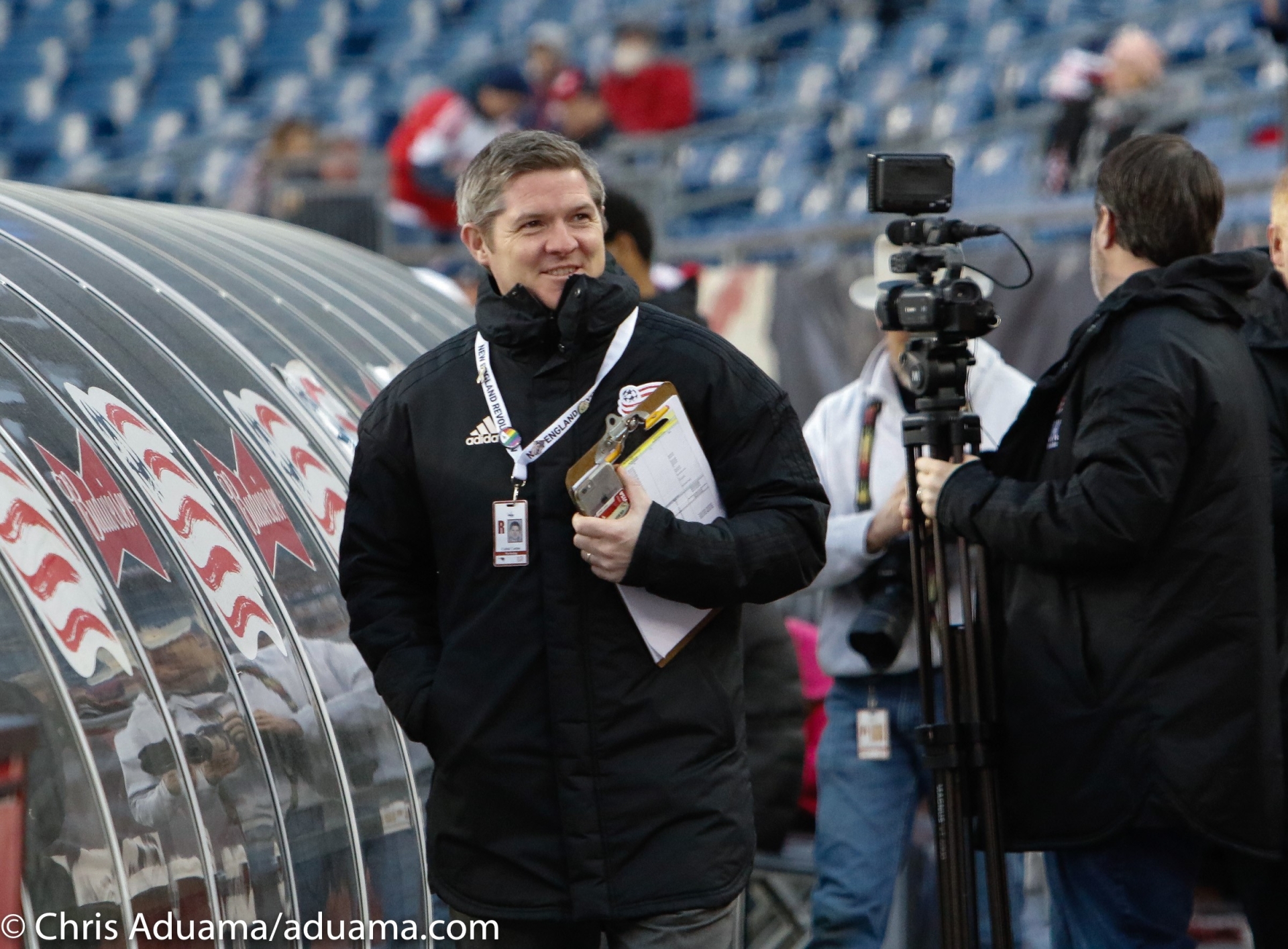 How he ended up in his current job is one of mystery. He had no background in sales or promotion, and so when he’s asked into education seminars to discuss the discipline with marketing students, he feels rather guilty.

“My route has been fairly non-traditional,” Conlon quips.

A football fanatic who knew he wasn’t good enough to make it as a professional player, his transfer from Ardee Community School to University in Liverpool saw him enrol on a sports science course. Physiotherapy was soon ruled out as a career option, leaving coaching as the chief focus in his bid to carve out a life within the beautiful game.

But as he got older, and continued to spend summers across the Atlantic, uncertainty developed over the direction he wanted to go. His degree, he says, taught him more about psychology and the management side of sport, which led to his acceptance of a job at a golf club in Boston.

There he met Noreen and when his visa expired two years later, in the mid-noughties, a return to Ireland, Kenmare in County Kerry specifically, unfolded and another gig in golf. Marriage followed, as did a return to Boston and another post within the club-and-ball sport before “burn out” set in. After five years he was ready for a change.

“I always wanted to work in football; it’s why I got the degree. It just took me a little while to get there, and when I did I never thought my job would be in marketing… When I joined there were 10 people selling tickets.”

And during his involvement, hand-in-hand- in-hand, his club, the MLS and Conlon’s role within has grown considerably.

“My department’s biggest focus in relation to the Revs is on branding and marketing around the club,” he says.

“General sports fans are a big driver of who’s coming to watch the league and there are shifting demographics in America: younger people aren’t as interested in watching a four-hour baseball game, they’re more inclined towards a 90-minute soccer match, which is a sport for a new America.

“So, for a home game we’d be in charge of what the game looks and sounds like; the promotional end of the fare. And then if you’ve two home games in a week that’s all your focussed on for that week. 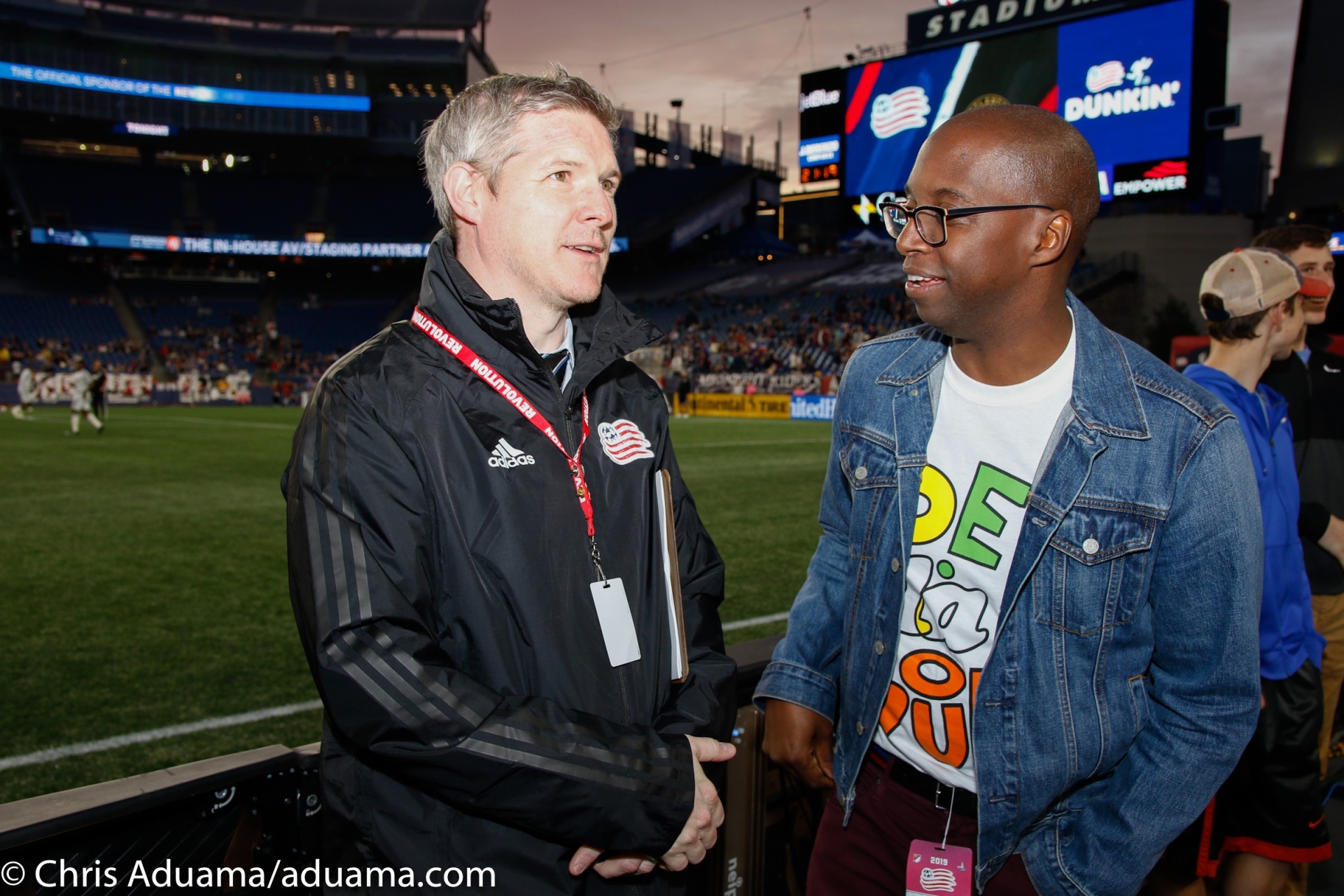 “We’re probably fortunate in Boston too, in spite of the competition, because it’s a rapid sports hub, which is the good news.

“The bad news is that the other four teams are all very good. If you’re not winning a championship then it’s hard to really capture them, which leads us to being more creative.

“But there is an acceptance that you can be a fan of the Bruins (ice-hockey), Celtics (basketball), Patriots (American football) and Red Sox (baseball) and openly be a fan of Major League Soccer. Our job is to position soccer to be attractive to those people.

“It can be done in different ways. For example, if a player performs a bicycle kick, even if it might not be necessary, the crowd will go mad. We then try to package that as a promotional tool digitally.”

SOCCER SNOBBERY
An avid supporter of Liverpool and the Premier League, an addiction which he has successfully passed on to his kids, Conlon accepts the structure within America is much different.

Last season, having sacked former Reds goalkeeper Brad Friedel as manager early in the term, the Revs hit a rich vein of form under ex-national team boss Bruce Arena to reach the MLS play-offs and so keep their campaign alive.

But for those who fall short and finish towards the bottom of the table, with no relegation, from the outside, there is a sense of pointlessness to the format.

Not so, Conlon argues.

“There are positives and negatives to the system and if you talk to soccer purists in America - they’re a small group, but a very vocal group - they will tell you that MLS isn’t a real league because there isn’t relegation. 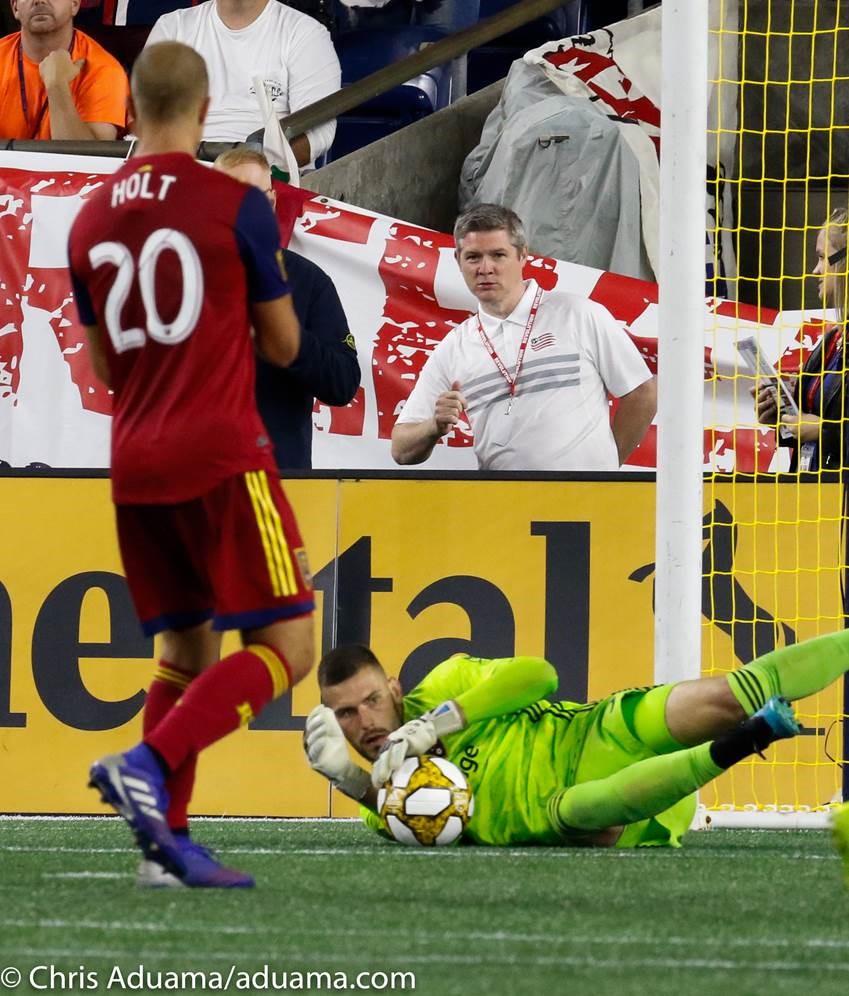 “Now, if you talk to the sports fan in America, relegation is a completely foreign concept to them; it just doesn’t exist. And the way it is in this country, relegation just isn’t feasible because there’s such a drop off in the level MLS is at - on and off the field - to the lower leagues.

“If I’m honest, as a recovering soccer snob, I would have posed the same arguments for the sake of the league, but there are a lot of meaningless games in the English Premier League for the final two months of the season too; about 12 teams having nothing really to play for, yet I think there is just the romantic notion over there that every game matters.

“Maybe in the future, if the league continues to grow, there could be some sort of tiers. When I started with the Revs there were 10 teams in MLS, now there are 30. But not at the moment.”

In any case, the numbers following soccer in the States are growing, with Conlon and co feeding the spurts of supporters. One of their recent initiatives involves season ticket holders getting a free “road trip”, which, considering their closest opponents, the New York clubs, are about 300 miles away, would seem hugely generous and sales have spiked as a result.

“Supporter culture is a huge part of what’s driving MLS.

“If you look at what differentiates soccer from the other four sports in Boston, it’s that supporter culture.

“We play at Gillette Stadium, where the Patriots play too. You could have the same seat as a season ticket holder for the Patriots, as you do the Revs, but if you tried to support the Patriots the way we encourage you to support Revolution you’d be thrown out of the game: we want people standing, we want flags, banners.

“We have the Capo Stand for the chants. You cannot do that at any of the other four games.

“The whole marketing is very supporter-central. MLS, as an entity, did a nationwide market analysis to pick out who MLS fans are, who soccer fans are, and I think we found that the league, as a business, is doing really well.

“This is our 25th season and in a lot of places, I think we’re ahead of where we thought we’d be. It has on average a higher attendance than the NBA and NHL.”

THE NEXT STEP
Forty-one on his last birthday, Conlon is “in a good spot”, settled in Boston, working with the Revs and the sitting chairman of the Irish Network Boston group. Yet there lingers a desire to climb the career ladder somewhat further, which leaves him reluctant to rule various possibilities out.

“I think there should always be a next step, always be ambition,” he says.

“The growth MLS is experiencing is massive and there may be opportunities within MLS, but then you have to factor in having to move somewhere else and family needs.

“We need to build our own stadium in Boston as well, so there are a couple of projects that are going on within New England that could give me that next phase of career development.

“I suppose, if you’re really ambitious and you want to work at the top of the game, you can look at different American ownership groups who are buying clubs abroad. I wouldn’t want to close the door on any of them.

“That’s not to say Liverpool are going to come knocking tomorrow, but if you’re determined I think you always have to be prepared to take the next step, if it comes.

“But I’ve a family here in a great town, a very good life and I’m very happy, so I’m not anxious to get out the door, but you always have to be ready for the next opportunity, which I obviously want to be in soccer.

“And that’s great, but then again, who knows? This is a great sports town, where you can network and leverage connections.

“Whatever it would be, though, it would just have to be the right opportunity at the right time.”

And, preferably, a role which doesn’t entail elocution lessons from old friends and foes.