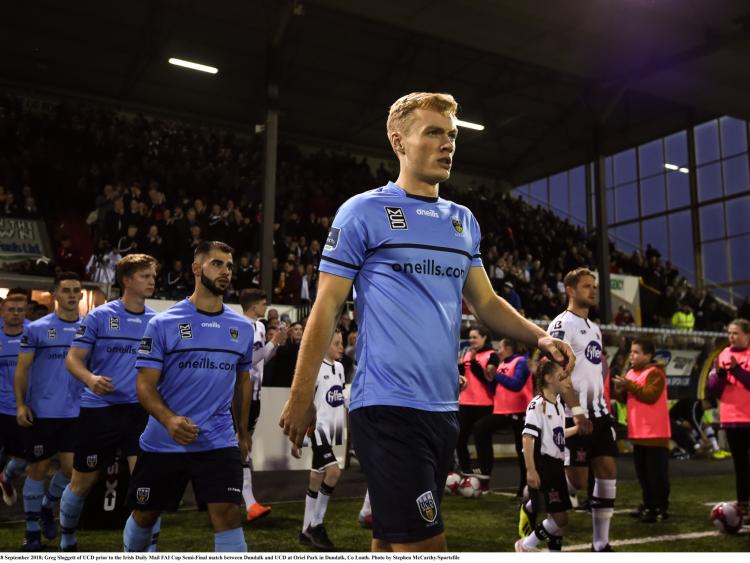 The Lilywhites’ latest midfield maestro, Greg Sloggett is determined to see off the stiff competition and nail down a regular place. (Pic: Sportsfile)

Jordan Flores may have beaten Greg Sloggett to Dundalk FC’s number six jersey, but The Lilywhites’ latest midfield maestro is determined to see off the stiff competition and nail down a regular place at the heart of Vinny Perth’s team.

The Meath man became the champions’ first off-season signing when departing Derry City after a hugely impressive campaign, where he helped Declan Devine’s side secure European football for the summer ahead.

A fan favourite on Foyleside, having joined from then First Division holders UCD 12 months ago, the intensity that goes with representing a regional club came as a surprise to the 23-year-old.

And Sloggett, who left Belfield with a degree in computer science, is looking forward to experiencing a similar passion at Dundalk.

“It really matters to people and you feel that when you go to a city or town that’s solely focussed on your club,” Sloggett told The Democrat.

“In Dublin, and it was the same in UCD, what happens on a Friday night happens and you still walk around town. No-one really bats an eyelid because the population is so dense and there are so many sports.

“Obviously it matters how the results go, but, to a different extent, it matters when you’re in a city like Derry or a town like Dundalk. 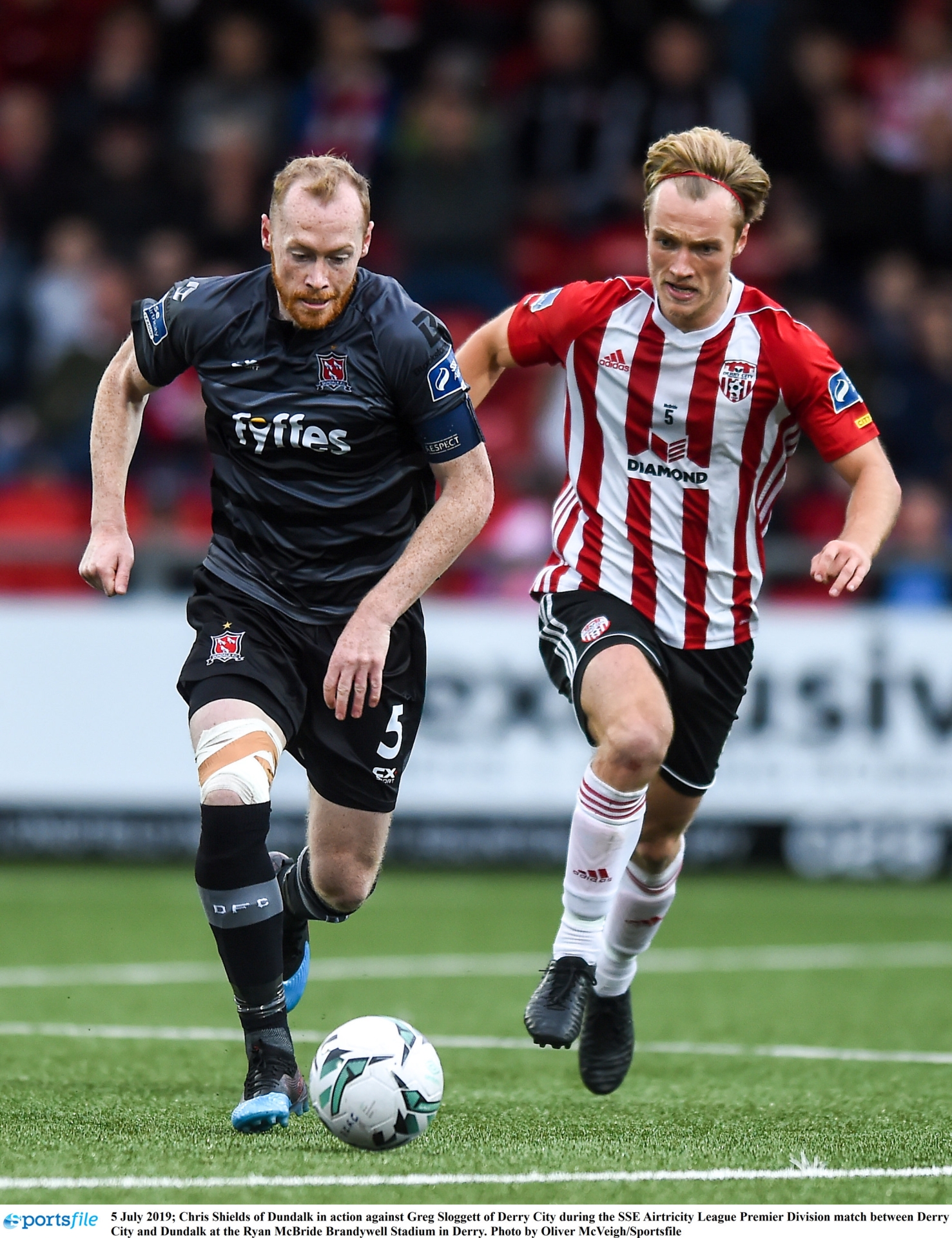 “Anywhere I went after UCD was going to be a bit of a surprise for me. Given what people tell you, you kind of have some expectation about the support and I knew Derry was primarily a football city.

“You might go to other places in Ireland and have competition from GAA and rugby, but first and foremost Derry is a football city. That really took me by storm when I got up there, even during the first couple of weeks, during pre-season; people are recognising you from the announcement and wishing you luck.

“It was a welcome shock to the system in that regard and I know that Dundalk is of a similar ilk. With all the success and support that’s happened here in recent years I’d expect much the same.

“And that’s something, as footballers, we really appreciate; the support helps us no end.”

The Gormanstown native, who came through St. Oliver’s secondary school in Drogheda, made his League of Ireland debut towards the end of UCD’s previous stint in the top-flight, when ex-Lilywhite Robbie Benson was skipper at the Bowl.

Yet his career really took off under Collie O’Neill as The Students put together a fearsome team in the second tier, one which capped promotion in 2018 with a place in the FAI Cup semi-finals.

Their run, which included a surprise win over Waterford, was ended by Dundalk, yet Sloggett and co emerged with much credit on a night where just Patrick McEleney’s stunner split the sides. 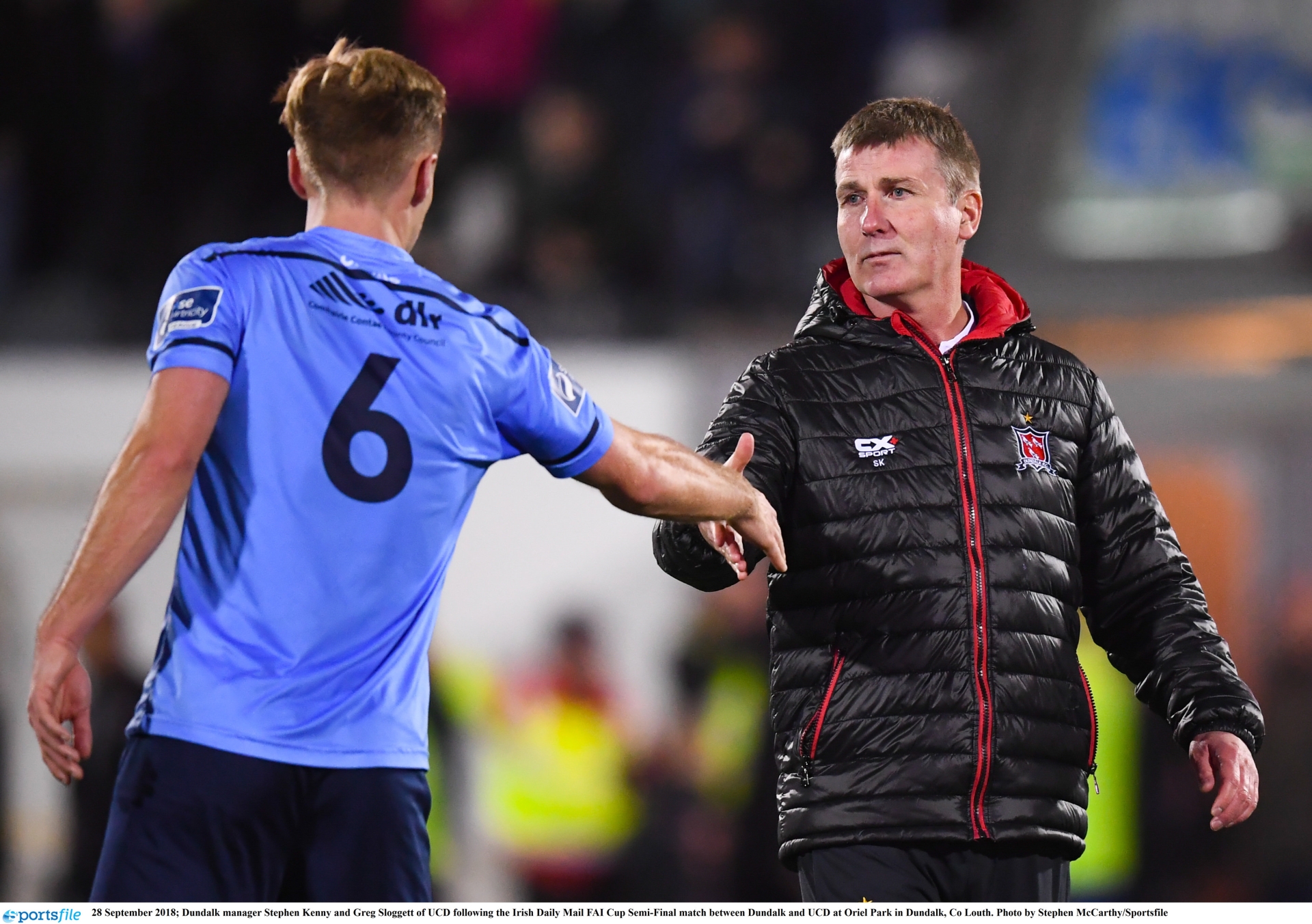 By that stage Sloggett had moved into full-time employment, playing football on the side. There remained the option of continuing to juggle commitments ahead of UCD’s Premier Division return, but when The Candystripes offered professional terms the midfielder’s mind was made up.

Ultimately, it was a step forward and so, incidentally, is his transfer to Oriel Park, he concedes. Albeit the deal wasn’t agreed as early as some of the rumours, which circulated from the midpoint of the campaign, suggested.

“I got murmurs from other players in the team before I heard from anyone else,” Sloggett says of his links to the champions.

“There seemed to be talk, but I hadn’t heard anything concrete. Conversations are obviously had behind my back and that probably comes with not having an agent; I don’t know how that sort of thing normally works. If you have some representation maybe you’re more in the know.

“Like at UCD, where we had won the league and it was a very exciting prospect to continue, there was an attraction to staying at Derry, but when you have the possibility of improving your game with a different club you can’t turn that down.

“That’s what I had with Derry and again felt with Dundalk coming in: they’re the best club in the country at the moment and I wanted to be a part of that. It’s back near home for me and I see so many positives to it.”

Where he views himself fitting in is interesting, given his profile would suggest him to be more defensively minded, in the mould of, say, Chris Shields.

Though, seemingly determined to free himself from the shackles of that pigeon hole, Sloggett reckons he and Perth are of a common mindset, in believing the newcomer to be an all-rounder.

“I think I can mix and match and Vinny sees it as a bit of both as well.

“I’d like to think that I can add something as both a six and an eight, I’d like to contribute goals and help out defensively, and I think I’ve the physicality and fitness to do both.

“I want to come in and play ultimately. I don’t want to come to a team and sit on the bench; every player will say the same. I’m going in with the expectation that I’m going to contribute and play, and I’ll be fighting tooth and nail for a place in the team.

“There are a lot of games playing for Dundalk with Europe and the likelihood that you’ll get to the latter stages of cups. Undoubtedly there will be rotation and days where I’m not playing, but my target is to minimise those as much as possible and be available to help us be successful.”

Maybe now it’s payback time, in the form of assists and lush supply?