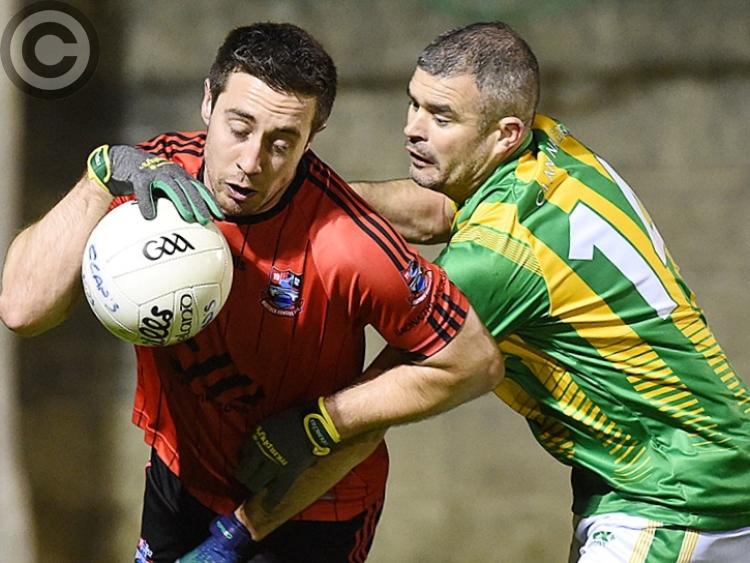 Just when James Kierans must have thought the days of Niall McKeown giving him a sore head were over, the Magheracloone manager is back having to deal with the former Monaghan defender.

Just when James Kierans must have thought the days of Niall McKeown giving him a sore head were over, the Magheracloone manager is back having to deal with the former Monaghan defender.

McKeown, now of Mattock Rangers, was taught by Kierans in third class at Rockcorry national school, where the former hails from, and so it was ironic that their paths recently crossed on a day’s shopping at the Marshes.

At that moment, maybe Kierans was regretting not giving McKeown a harder time, although, as the 28-year-old light-heartedly puts it, “I got a bit of the duster and chalk the odd time!”

Their paths meet again in Crossmaglen on Saturday afternoon, with a place in the All-Ireland intermediate club final the prize.

It’s “a once in a lifetime opportunity”, says McKeown, but that’s not true.

“Well, in my case, it’s a twice in a lifetime opportunity,” he laughs, “I got lucky”.

Captain of the Rockcorry team that won the Ulster junior crown in 2015, the Farney outfit were denied narrowly by Mayo’s Ardnaree Sarsfields “on a horrible day” in the national semi-final, having had a man sent-off.

Crushing, of course, yet there was more agony to follow for McKeown and co, relegation back to Monaghan’s lowest tier being confirmed after a single-point loss in the county’s intermediate final 12 months later, the side having finished at the foot of the league.

Not that recent months have been easy either. A turkey farmer in Kells, playing football at abnormal times of the year doesn’t coincide ergonomically with a growing workload.

“We were mental altogether,” he says of the last period.

“The morning of the Leinster final I was working: I started work at 6:30am, left at half-11 and was in Drogheda for 12. It was a busy auld morning and back into work the following day.

“There’s no messing about when it comes to turkey season,” McKeown adds.

Yet it’s all worked out for the best, his transfer into Mattock ahead of 2018 that is. Living in Collon for three years by that stage, he had trained with Rangers on the occasions he couldn’t make it back to Rockcorry.

And he had the type of pedigree the red-and-blacks would have been seeking, too, having been on Malachy O’Rourke’s Monaghan senior panel until 2016, while previously lining out for the county through his youth.

“It was a brilliant experience and great to have that Monaghan tie, but with family and work, the travel constraints curtailed it a bit for me and I said I’d take up the football around here, and sure it’s worked out well, hasn’t it?

“I wasn’t really getting much game-time when it came to the big games with Monaghan and I stepped away from it. I felt I’d more to look after here; said I’ll enjoy my football again (with Mattock) and I’ve been getting plenty of game-time with Collon, playing at a high level as well.

“It was time to move on, but it’s tough to leave your own club. I had captained the club to the Ulster success and so it was fairly difficult to go after that.

“Collon’s a great place, though, and you go into any of the pubs or shops around here and the first thing that’s talked about is football. You can see the flags up after Christmas and it’s a lovely thing to see. It’s an area that’s just ingrained in football and GAA.”

And for them, the dream, Croke Park, is just 60 minutes away.