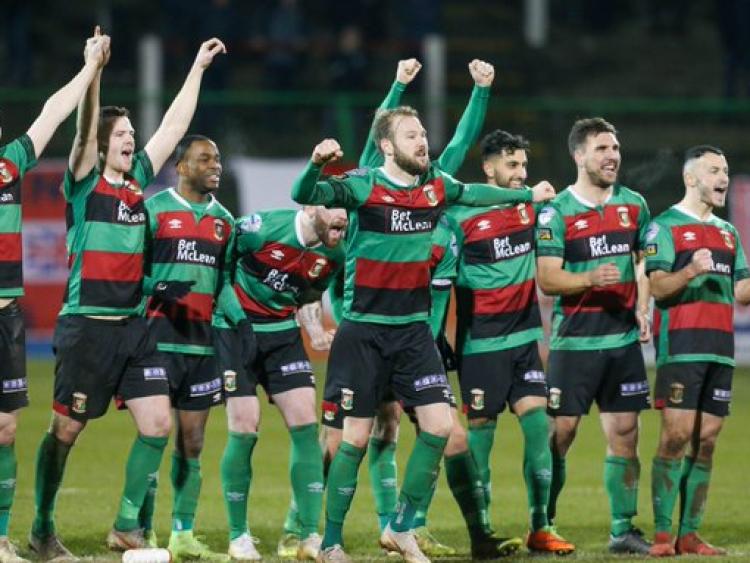 Ciarán O’Connor made his Glentoran debut as a second half substitute in Saturday’s Irish Cup defeat of Portadown at The Oval.

In with 20 minutes of normal time to play, the former Warrenpoint Town and Dundalk FC forward got a long stint of action as the game went to extra-time and penalties, following its 2-2 conclusion.

O’Connor missed a spot-kick in the shootout, yet The Glens still prevailed, 5-4, to set-up a second round meeting with Queens, who shocked Linfield at The Dub.

And speculation linking the younger of the O’Connor brothers, Michael, to Glentoran has intensified with The Belfast Telegraph reporting that the 22-year-old could be set for a sensational move to Linfield’s Big Two rivals.

Glens boss Mick McDermott has confirmed the club made a bid for the forward, which he claims was rejected, and that a transfer is actively being pursued.

It’s reported that O’Connor is not in the plans of Linfield manager David Healy, having spent a trial period with Hibernian towards the end of 2019, and that if his Oval deal doesn’t come to fruition, a six-month loan to Waterford, where he endured the latter part of last year’s League of Ireland campaign, is being explored with a view to joining English League Two title favourites Swindon Town in the summer.

Blues owner Lee Power is also at the helm of Swindon.