INSIDE TRACK | Louth, and GAA, at the home of Liverpool, anyone? 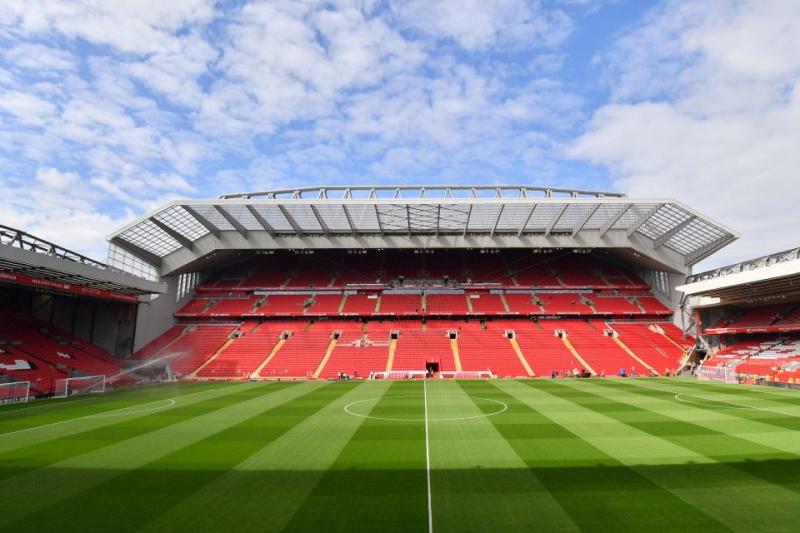 Could you imagine 50s being taken at Anfield? Or schemozzles in the square? Or Hawkeye, not VAR, being pressed into use?

Could you imagine 50s being taken at Anfield? Or schemozzles in the square? Or Hawkeye, not VAR, being pressed into use?

It could happen, and if it does, wouldn’t it be something else to see a team in red other than the The ‘Pool trotting about the place. Cork, perhaps, or maybe even Louth?

The Liverpool club is owned by the Fenway Sports Group, which is considering expanding the Anfield Road Stand. Whether this alone would allow for the world-famous venue to house games other than the one currently being played there is not known; but the owners are exploring the possibility of one day hosting  Gaelic as well as American football. Concerts are also a possibility which is entirely appropriate. Isn’t this, after all, a theatre, one where dreams have been made? And broken.

American games and Gaelic football’s sister sport are far from foreign to Fenway. Also in its stable is the baseball side, Boston Red Sox, whose home ground, Fenway Park, has played host to hurling’s ‘Super 11s’ in 2015 and ’17 and again last year. So, already there is a GAA connection, and it might be strengthened to accommodate this country’s national game being played on a big scale on Merseyside.

Would you believe that Gaelic football was once on the annual schedule of an even more iconic English soccer grounds than Anfield? For about 20 years, from the mid-1950s to 1976, Wembley Stadium played host to football and hurling on Whit Monday. Exhibition games were between teams that had contested the previous year’s All-Ireland semi-finals, and one of the last in football was a re-enactment of one of the sport’s great rivalries, Dublin against Kerry.

Dubbed ‘Wembley at Whit’, the programme attracted big crowds, over 40,000 turning up for the 1962 renewal.

Louth was never involved, but a member of the 1957 All-Ireland team lined out, Seán Óg Flood taking his place in goals for his adopted Cavan, in the early 1960s. Also in the Breffni team was Mick Brady, a Louth senior championship medal winner with Roche Emmets in 1958.

So, whatever about GAA grounds being ‘foreign’ to other games for years, hurling and Gaelic football were accommodated on one of soccer’s biggest arenas, and might be again if Fenway has its way.