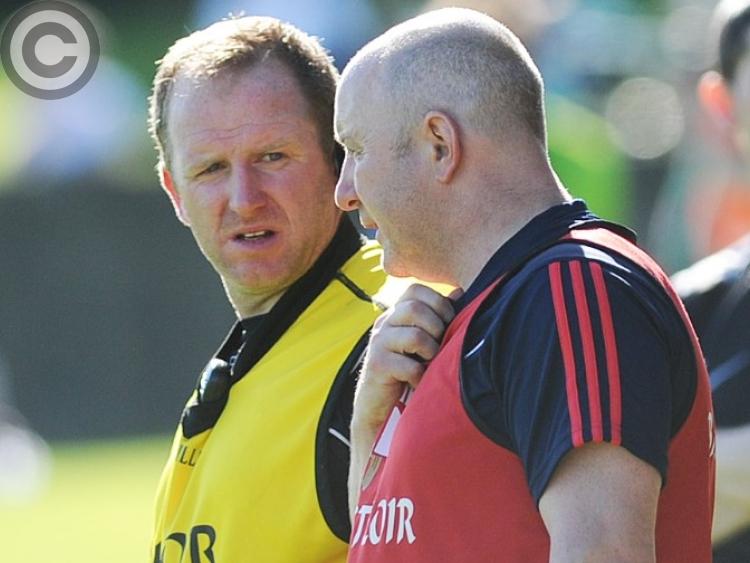 Aaron Hoey (left) has been appointed Louth U17 manager for the next two years. (Pic: Arthur Kinahan)

Aaron Hoey has been appointed Louth U17 manager on a two-year term.

The St. Bride’s clubman, who made over 100 senior appearances for The Wee County, takes over the post from Gus Flynn.

Hoey has previously been involved with Louth development squads and served as a selector with the seniors under both Colin Kelly and Pete McGrath, while he was manager of O’Raghallaigh’s for a spell this year.

David Reilly and Eamon Connolly, both of St. Joseph’s, who have been working with next season’s minors, will remain on board as selectors, with Hoey’s former Louth colleague, Newtown Blues’ Breen Phillips, completing the ticket.