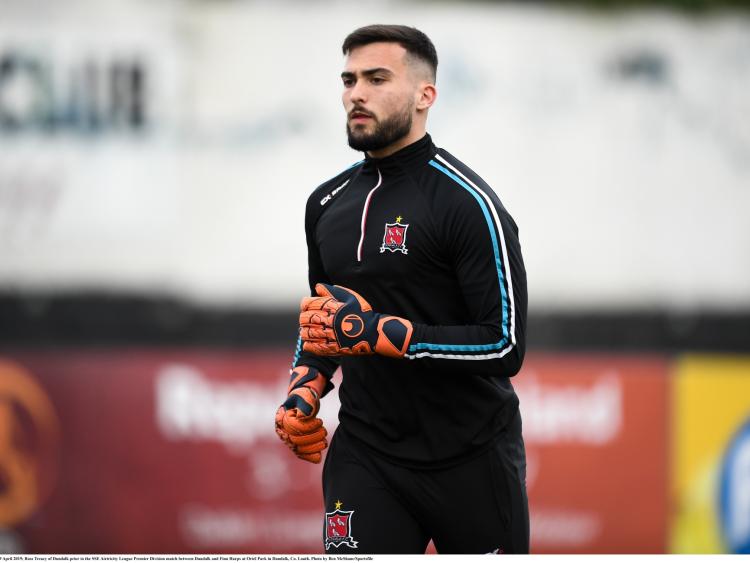 Having previously spent time at Swansea City, the 21-year-old joined the Lilywhites ahead of the 2018 season, but found himself behind both Gary Rogers and Aaron McCarey down the pecking order.

Treacy failed to make a single first-team appearance throughout his time at Oriel Park and now makes the short journey to Drogheda, who will again, be aiming for promotion this coming year.

“Tim Clancy got in touch with me at the end of the season and offered me the opportunity to come to the club,” Treacy said.

“Based on what he said and how close they came to promotion last season; it was a no-brainer.

“I had to sign; I couldn’t turn it down, I can see us going the full way this season again. The squad, the players – I’m just looking forward to being a part of it.”

Treacy also believes that his experience as understudy to both Rogers and McCarey will only benefit him in his pursuit of becoming Drogheda’s first-choice between the sticks.

“Day in, day out, training, he (Rogers) never stops. He’s great to learn off. He holds records of appearances and clean sheets. Everything you want to do as a goalkeeper, he holds it.

“Every day, he comes in and has a great attitude. I couldn’t have picked anyone better to learn off.

“He’s been there, done it all and is still doing it at the highest level. It can only make you better as a keeper, it’s been a great process learning off him and Aaron McCarey – another experienced keeper. It can only benefit me in the long run.”

In other news, Dundalk are understood to be close to making their third new signing of the close season, with an official announcement possibly taking place before the end of the current week.