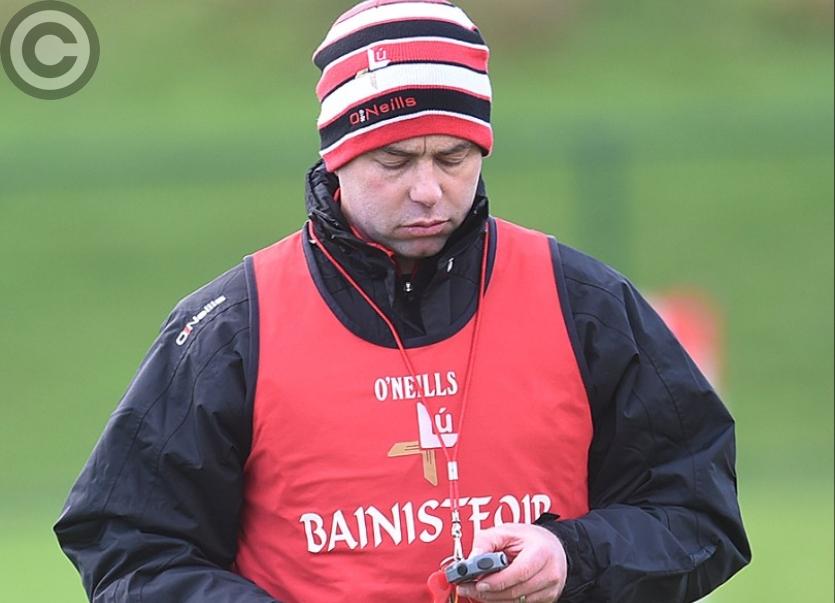 Louth manager Paul McCormack is happy where his charges are at ahead of the new year. (Pic: Arthur Kinahan)

The Wee County led 2-9 to six points at half-time and grew their hold in the second half, only for Tyrone to finish strongly in reducing the arrears to eight points.

However, despite last weekend’s fine display, Louth’s participation in the Ulster-run competition is likely at an end, following the round one, 4-23 to 3-13 defeat by Queen’s. Paul McCormack’s men led that affair until the early stages of the second period, with the scoreline a harsh reflection of how the game unfolded.

But, with no further competitive action until the National League opener at the end of January, manager McCormack has been working hard to ensure matches either side of Christmas.

“The plan is to get a few more challenge matches, we’ve two more lined up for before Christmas, and then give the guys time to recharge over Christmas,” he told The Democrat.

“In January, we’ll have another couple of games before the National League.

“I can’t fault the lads’ commitment to training, but you only really learn when you’re playing matches. We’ll try and get as many games as we can as we approach January 26.”

On his panel, ahead of his second season at the helm, the Armagh native added: “Once we got the year finished we attended all the championship matches - myself, Kieran (Hatzer) and Tony (Teefy). The round-robin system is good and the semi-finals and final, so we have a really good trawl of the county.

“We had to trim the panel from last year and there were a few personnel changes, but we’ve got a settled panel of 26. That’s a couple of players short on last year, but I felt that we could maybe have a tighter panel than last year and have more intense competition for places.

“After watching all the matches in the championship, I know there are quality players in Louth and we believe we have a lot of the best players in there. That’ll create its own standards.”