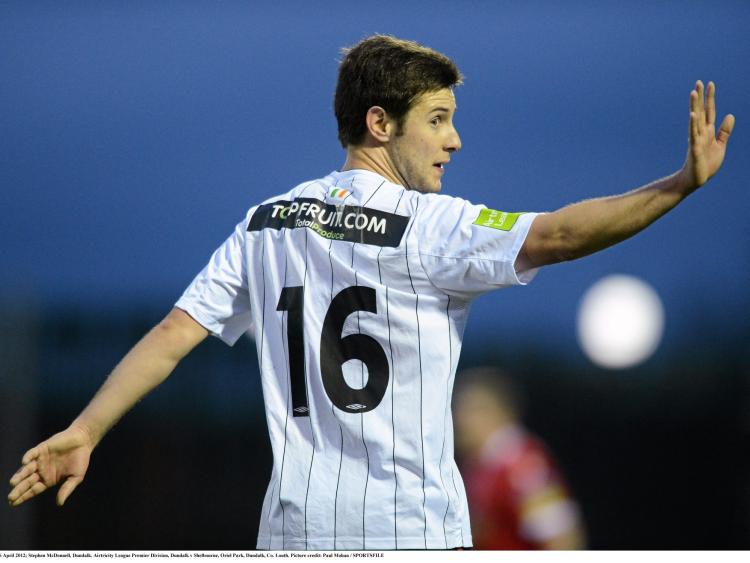 Stephen McDonnell is open to the idea of an all-island league, but feels the present speculation would need to be qualified into cast-iron numbers if the process is to move forward.

The former Dundalk FC midfielder recently cut his ties with NIFL Premiership strugglers Warrenpoint Town after a largely successful two-year spell as manager, an experience which provides him with an in-depth knowledge of the day-to-day life at Irish League level.

There, money, as within every other domestic structure, is the lifeblood of clubs. And so its availability, he feels, will ultimately dictate whether Kieran Lucid and co’s push for cross-border divisions bear fruit.

“Money makes the world go around,” McDonnell told The Democrat.

“I genuinely think it would create more interest. You would go with your gut instinct and think more fans would come through the gates, though nothing is guaranteed at the same time.

“But I definitely feel that it’s for the big clubs with the money and the fanbase; that’s the attractive proposal here.

“The likes of Warrenpoint and other such clubs will take a serious wallop because clubs like that are living off the opposition’s gate receipts.

“Linfield coming to town and taking a thousand fans, that pays the budget for probably two months.

“They’re speaking down below that elite Premier Division that there would be regionalised divisions. They’d play their football there and that means there is going to be less output and they’d be spending less because they don’t have to compete in the top division.

“So naturally they’d be able to manage their means a little better, but it means that any vision a club like Warrenpoint would have of kicking on would take a serious hampering.

“Overall I think it’s a good idea, but some figures would need to start being released soon. Unless there is any substance to all the speculation and conferences being held… Ultimately what’s going to make this decision is the finances that are going to be generated for clubs. Until they’re released it’s going to be on a roundabout and unable to get off it.”

While he acknowledges the League of Ireland remains of a higher standard than the IFA’s weekly offering, McDonnell, who is hopeful of enrolling on his UEFA Pro Licence course in the new year, says Dundalk’s 6-0 hammering of Linfield in the Unite the Union Champions Cup second leg has skewed the reality.

After all, the opening clash ended 1-1 at Windsor Park.

“If it was played on a one-off game, it was a draw in the first game. I don’t know if that second result means that there is that much of a gulf in the difference.

“I definitely do think the League of Ireland is a better standard overall, but I don’t think the double-header should define that there is that much of a gap.”

Closure of busy Dundalk road scheduled for next month