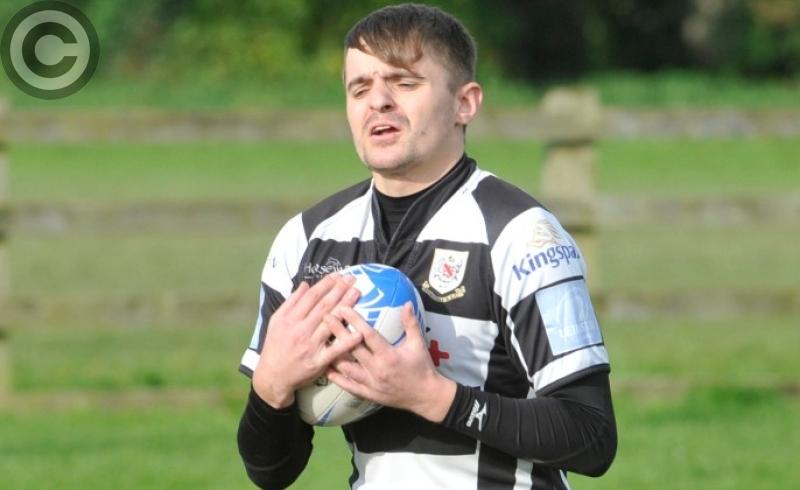 The most ruthless way to lose an exorbitantly brutal game of rugby, Dundalk RFC’s bid for a seventh consecutive victory and outright leadership of the Leinster League suffered defeat away to Ashbourne on Saturday afternoon.

A last gasp penalty conversion from home captain Gavin Kennedy not only put Ashbourne into an insurmountable position past the 80-minute mark, but deprived Dundalk the losing bonus point they seemed to deserve.

The stats, on the other hand, tell a different tale, though, and reflect a fairly dominant, if not clinical, Ashbourne showing. Dundalk made lethal use of their limited territory in registering 15 points, including two wonderfully executed tries inside the opening 20 minutes, but spent the lion’s share of the second half particularly manfully defending their line.

It’s almost incredible that Ashbourne failed to breach Dundalk’s rear-guard from play as they attacked the clubroom end of Milltown House, their only try having come shortly before half-time when the visitors’ lack of backfield cover was exploited in the absence of the yellow carded James McConnon.

In fact, Ashbourne arguably left behind as many points as they accrued, with out-half Kennedy missing four times from the kicking tee, while abrasive back rower Jake Wall was incredibly robbed of possession when falling over the line and the game still in the melting pot.

Such ‘maybe moments’ were commonplace during a second 40 minutes in which the narrative was relentless, Dundalk having to throw their bodies formidably in the way of powerful Ash’ attackers. Jonathan Williams and Tiernan Gonnelly were heroic opposers of the victor’s offensive surges.

The title favourites, who are now five points clear of Dundalk, were far less inventive when in the process of picking their opponents’ lock, Adam Doyle’s underdogs having scored two excellence five-pointers early in the fixture.

Trailing 3-0 to a Kennedy drop goal, a high tackle on Gonnelly led to the set-piece opportunity from which neat passing play resulted in Robert Williams side-stepping his way over the line. Willie Schutz, who tried in earnest to find his usual rhythm in the loose, was on target with the extras.

And just five minutes later James Shields finished a terrific cross-field phase in the corner to make it 12-3, Schutz’s tee attempt from along the flank skewing a metre or so past the far post.

Thereafter Dundalk forays forward were limited as indiscipline, fairly understandably given the pressure Ashbourne were beginning to exert, crept in, presenting Kelan Toolan and Kennedy with chances they took from penalties, the second seeing James McConnon send to the bin, eight minutes before the break.

A try, one could sense, was coming for the hosts and Kennedy was the scorer, his swift change of direction perforating a hole in Dundalk’s defensive set. He was unable, though, the add the extras which left Ashbourne leading by just two at the interval, 14-12.

On the restart, Dundalk kicked deep and a couple of phases later turned over possession in an ideal position for Schutz to restore their advantage, 15-12. But that was to be the highlight of a second half spent largely on the back foot.

With the scrum under pressure, Dundalk were unable to build on the winning platform, in spite of holding the home team scoreless until the 70th minute, when Kennedy, who had missed earlier in the half, slotted a penalty between the posts.

Robert Farrell’s introduction shored up the away side in the tight and led to one such turnover, but tiredness prevented Dundalk from adequately clearing their lines, with Ashbourne advances at continual levels.

And two late Kennedy penalties - in between the dismissal of McConnon, who had played such an integral part in Dundalk’s resistance - completed the most miserabilist of outcomes on the part of the Mill Road men.