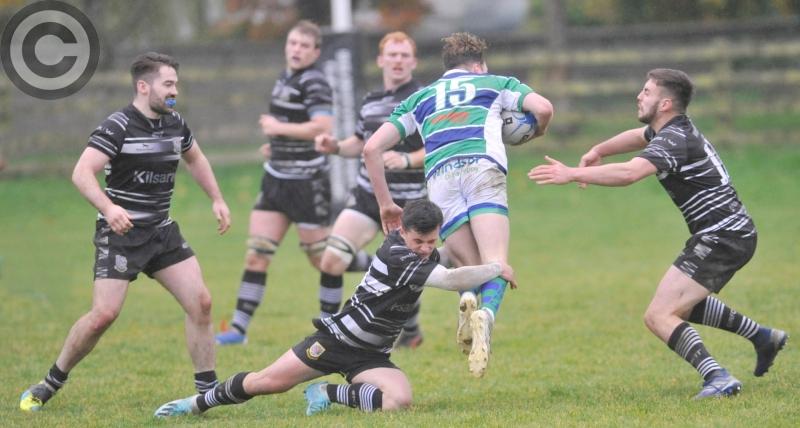 Saturday’s top-of-the-table clash in Ashbourne has hugely exciting connotations for Dundalk as they bid to add a seventh win to their consecutive run of victories. (Pic: Aidan Dullaghan)

Saturday’s top-of-the-table clash in Ashbourne has hugely exciting connotations for Dundalk as they bid to add a seventh win to their consecutive run of victories.

Adam Doyle’s side visit Milltown House knowing a win would complete a set of sorts, in that they will then have beaten every Division 1A competitor this term. But, more importantly, it would give them rise to the league’s summit for the first time this season.

The fixture has a touch of deja vu about it considering the situation was similar two years ago when Dundalk earned an incredible post-Christmas victory away to the Meath side, raising hopes of a promotion push which would eventually fade.

However, the dynamic is altered 22 months on, given the drastic changes in Dundalk’s personnel, on top of the game being at the beginning of a challenging pre-festive programme, where Dundalk travel to Ashbourne and Seapoint either side of hosting Bective Rangers.

“In terms of any ability to challenge for the league, we’ll know after the upcoming games if we’re in it,” head coach Doyle told The Democrat, when looking ahead to this looming schedule.

“We’ve gone to some of the harder places this season already, Gorey being one of the longest trips and Wicklow has never been an easy place for Dundalk to win, never mind winning in both the firsts’ and seconds’ matches (as they did last time out).

“That wee bit of belief within the players’ group allows them to excel and if things go a little bit wrong, they don’t fall apart. So, of course there’s positives, but I think the second half of the league for everybody - both ourselves and Ashbourne have won six - will be harder.

“I don’t think anyone will win more than four games because teams will know each other a lot better and sides with new coaching groups - we’re one of I think four teams with a new coaching group - will start to click.

“For us, it certainly has gone better, but the bulk of us are realistic in the sense that we realise there has been a little bit of luck attached to us being where we are.

“Certainly, it’s been on the basis of hard work on the part of the players, but a few things have gone our way; the position probably flatters us a little bit.

“But, then again, we would readily acknowledge that we haven’t played nearly to our potential yet. There’s a positive twist to that, too. We have the makings of a really good team.”

Dundalk’s tremendous winning sequence began in the aftermath of the round one defeat by Ashbourne, a fine triumph at Bective preceding marginal victories over Seapoint and Gorey.

Thus, evidencing Dundalk’s ever-impressive resilience and mental toughness, traits which have been omnipresent in their performances to date. This, Doyle feels, along with the growth of specific partnerships, including that of half-back pairing Gauthier Petit and Conor Hennessy, has resulted in the outfit’s rapid progress from relegation contenders to promotion outsiders.

“We work a lot on situational rugby so that when the ‘shit’ hits the fan the players can appreciate the situation they’re in and how to get out of it,” Doyle explains.

“I think in past years the players were kind of robots on the pitch. There was a set way of doing things and if that went wrong there was no capacity within the group to even think about what a Plan B might be.

“At the same time, you wouldn’t have expected to need just one win in the second half to be assured of staying up. And considering we’re playing a very different type of rugby, that’s real progress.

“In the last couple of weeks you can see the combinations starting to settle, so we’re probably a little bit ahead of where we thought we would be, but that’s a credit to the lads.”

He added: “Ashbourne, to me, is a really exciting game because it’s a marker for us to see where we really are.

“They’re the All-Ireland Junior Cup champions three years in a row, they’re the favourites to win the league, they’re top of the league, they hockeyed Dundalk in Ashbourne last year by over 50 points: It’s a really good test for us to see where we are.

“Ashbourne are the only team we haven’t beaten in the league, so if we can go into them, against a really good team, and get a result, then there’s nobody you need to be afraid of anymore at that point.

“The players are excited for it.”

And so, by the sounds of it, is Doyle.