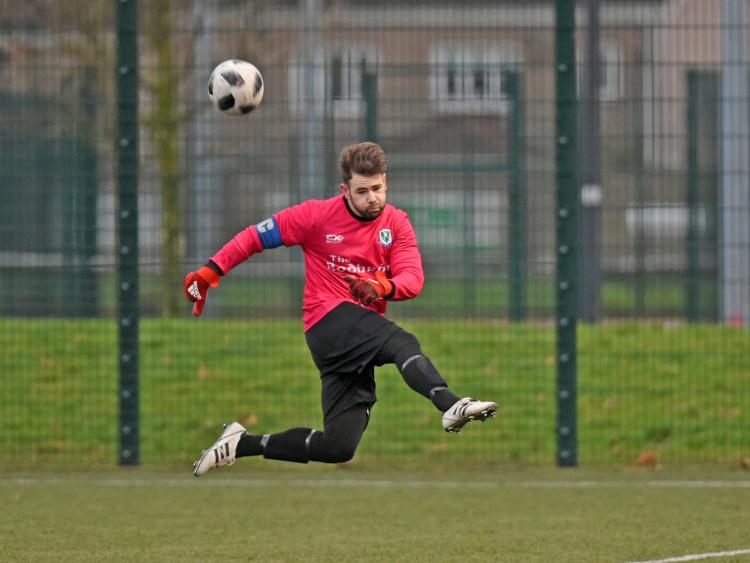 Pádraig Gorham saved three penalties in the shootout as Bellurgan United booked their place in the Kilmessan Shield final, where they will play Boyne Harps, on Sunday afternoon.

The United ’keeper was in inspired form, following a game in which four goals were shared equally, as Bellurgan recovered from missing their opening spot-kick to register thrice unanswered.

It was a remarkable victory for the Flynn Park charges, who fell behind twice in normal time. Although they had ample opportunities to actually win the game during the 90 minutes.

Parkvilla’s chief threat was provided from set-pieces, and both of their goals came via this avenue, the first coming after a quarter-of-an-hour.

Tadhg and Danny O’Connor could have given Bellurgan the lead before the interval, only for excellent goalkeeping to foil them, while Ciarán Sheelan struck the upright.

And the striker would hit the woodwork again after Parkvilla regained the advantage early in the second half. A second leveller came when Danny O’Connor headed namesake Tadhg’s cross to the net, though.

No further goals followed over the remainder of the game and extra-time, which led to Gorham being afforded the opportunity to be a hero, which he was.