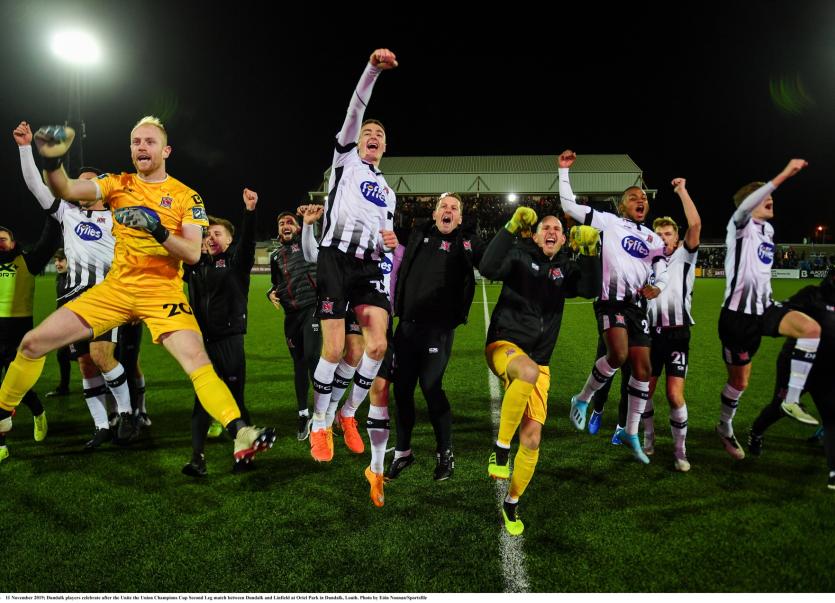 Dundalk FC became the first-ever winners of the Unite the Union Champions Cup after capping off a remarkable season in style in front of their own supporters, cruising to a 6-0 win over Linfield.

A brace from Georgie Kelly along with goals from Brian Gartland, Jamie McGrath, Robbie Benson and Patrick Hoban saw Dundalk record an astonishing 7-1 aggregate win over the Irish League champions.

The League of Ireland champions made eight changes from Friday night’s 1-1 draw in the first leg at Windsor Park. One of the players to come in for Vinny Perth’s side was Benson, who was representing Dundalk for what could be the last time, as speculation regarding his future mounts.

The visitors were without their first-leg goalscorer Shayne Lavery, who linked up with the Northern Ireland squad ahead of their upcoming Euro 2020 qualifiers, as Linfield made just the four changes. 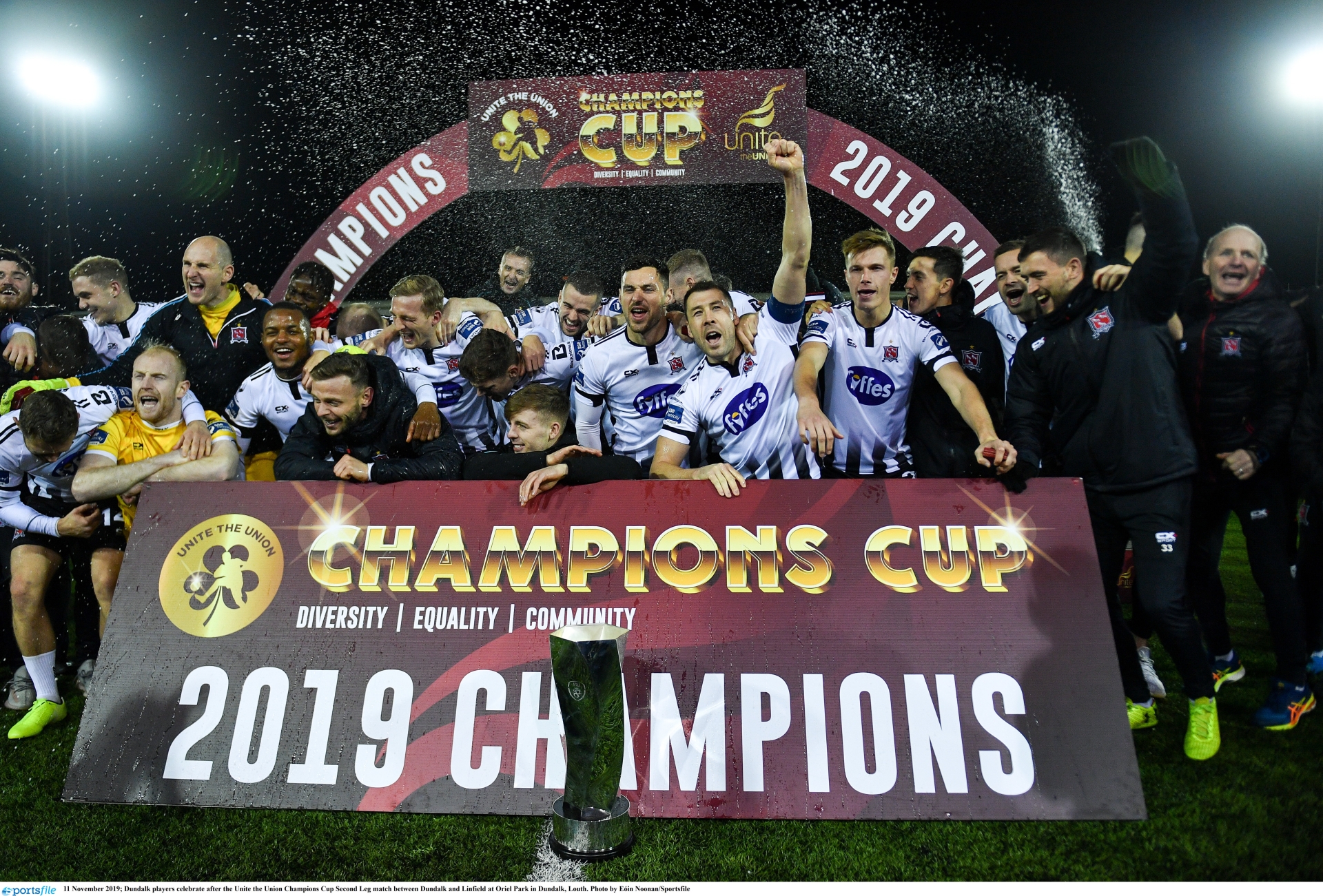 Playing in their 55th and final competitive match of 2019, Dundalk took the lead after only six minutes had elapsed. Michael Duffy left Joshua Robinson for dead out on the left before crossing for Daniel Kelly, and his scuffed shot broke kindly for Georgie Kelly, who fired home from close range.

The Lilywhites doubled their advantage ten minutes later when Duffy’s corner from the right was powered home by the head of the unmarked Gartland, and the hosts simply cruised after that.

They may have missed out on the domestic treble, but Dundalk tripled their lead in the 34th minute when, after Robinson’s back-pass which may have gone out, Rohan Ferguson’s poor clearance went only as far as Duffy, who passed to McGrath, and he fired a low shot beyond the Linfield netminder.

Dundalk got their fourth in the 64th minute when Benson, who looks set to sign for St Patrick’s Athletic in the coming days, picked the ball up from Georgie Kelly’s knock-down before delightfully dinking the ball over Ferguson.

The two Kelly’s combined 15 minutes from time when Daniel was slipped in by Duffy on the left before crossing for Georgie, who glanced a header past Ferguson, who really had a night to forget.

Georgie Kelly was replaced by Hoban not long after that and he also got on the scoresheet when powering home a header from the unplayable Duffy’s corner, as Dundalk recorded their biggest win of the season.