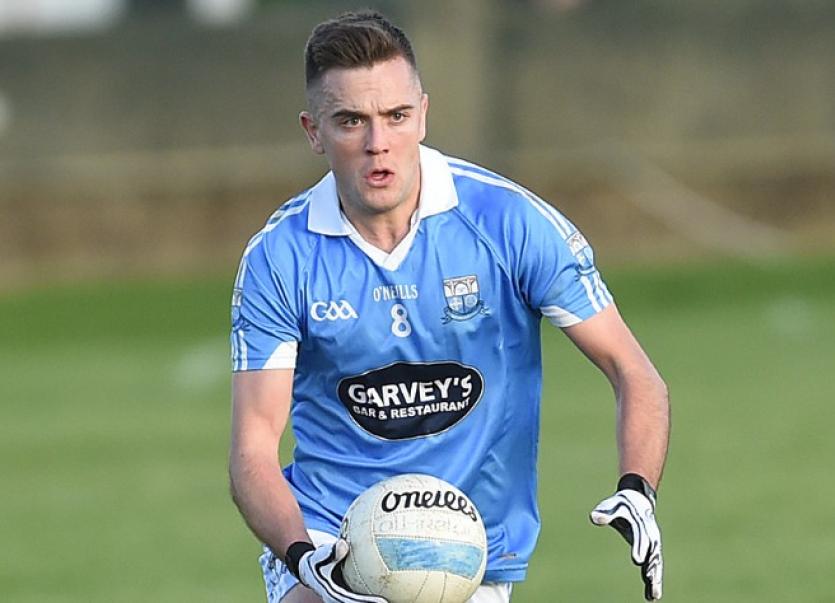 A harsh, if fairly accurate, reflection of the gulf between the teams on a cold afternoon, Newtown Blues will have made the short trek home from The Gaelic Grounds regretting a poor second half display.

Ronan Phillips’ team held the initiative shortly after half-time, and with the benefit of an extra man following the dismissal of Ballyboden St. Endas’ Cathal Flaherty, Louth’s kingpins hinted at producing a shock.

They, however, were shorn of the attacking edge which has seen them claim the last three Joe Ward crowns, fading badly over the closing spell. Albeit, the goal which coated the scoreline’s dirty look only arrived with the final play, when Colm Basquel’s speculative effort picked out the top corner from a tight angle.

Blues, wearing Louth jerseys due to a clash with the black and white striped Dubliners, certainly didn’t get the rub of the green where referee David Coldrick was concerned and while the Meath whistler’s role wasn’t decisive overall, in that the deserving victor prevailed, his late consultation with a linesman saw Alan Connor outrageously red carded.

Connor was fouled, held on the ground and almost had his jersey completely pulled off, only to be penalised in the most ruthless manner for his push on Donogh McCabe, the fella who was holding a grasp of his geansaí.

All bar two of Blues’ tally were from frees, which was a poor return even in the conditions. The absence of the Nally brothers, Dáire and particularly Ross, who were on holidays, didn’t aid their bid to settle into their typically free-flowing groove.

Yet they managed to restrain Enda’s - the Basquels especially - for 35 minutes, at which point they led 0-4 to three, having shared the six first half scores.

Andy McDonnell was their last registrar, drawing the affair at 0-5 apiece, and the midfielder had a huge opportunity to goal later in the game, with Blues still in contention. How crucial the shortcoming proved.