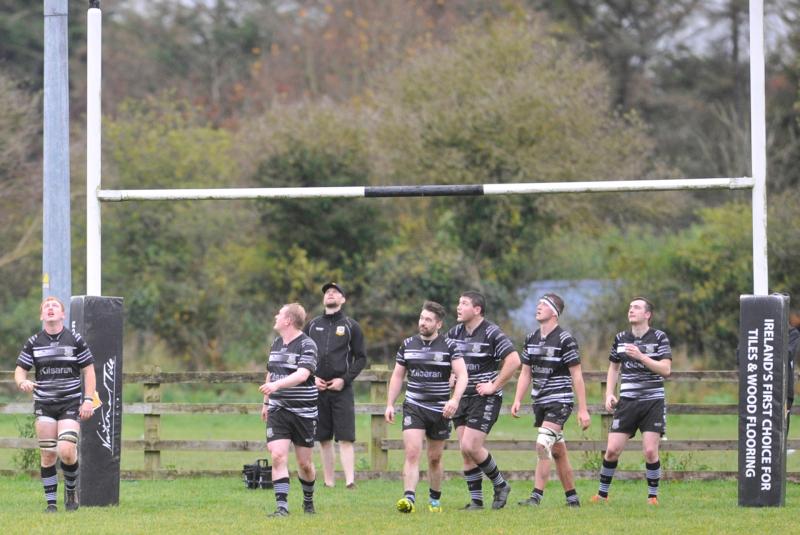 Dundalk RFC made it six wins on the trot by seeing off Wicklow RFC at Ashtown Lane on Saturday afternoon. (Pic: Aidan Dullaghan)

Dundalk RFC made it six wins in a row, in perfectly setting up their round eight showdown with Ashbourne, by seeing off Wicklow at Ashtown Lane on Saturday afternoon.

While Adam Doyle’s team were left feeling some disappointment at their failure to secure a bonus point fourth try, given that they fell behind early on the 19-11 win was hugely impressive.

And it came against a Garden County outfit who welcomed former All Blacks international George Naoupo back into their line-up. Indeed, it was the hosts’ forward power that forced the turnover from which they opened the scoring, with an unconverted try.

Dundalk had actually begun brightly, though, and unwilling to allow the early setback to be deemed costly, strong carries from Gauthier Petit and Laurence Steen resulted in the latter offloading for Conor Williams to surge across the try-line to equalise.

Prolific centre Willie Schutz added the extras as Dundalk took the lead and the New Zealander extended the gap with a try following good play by full-back Robert Williams, who continued his rich vein of form.

The visitors led 12-5 at the interval, but faced renewed difficulty in the form of Wicklow in the second half. Albeit the Mill Road men were impressive in defence, keeping the home team at bay in their quest for a try, penalties were conceded amid the mounting pressure, both of which were taken to reduce the margin to one-point.

However, Andrew Williams broke the sequence with an impressive move forward and having been tackled high when crossing the line, in spite of grounding the referee awarded a penalty try.

Leading 19-11, Dundalk went in search of another maximum, one which would have earned the point required to draw level with Ashbourne on 28 at the summit. It didn’t arrive, ultimately, but Doyle’s charges will still travel to Meath on Saturday week confident of taking another step upon this unlikely high-flying journey.