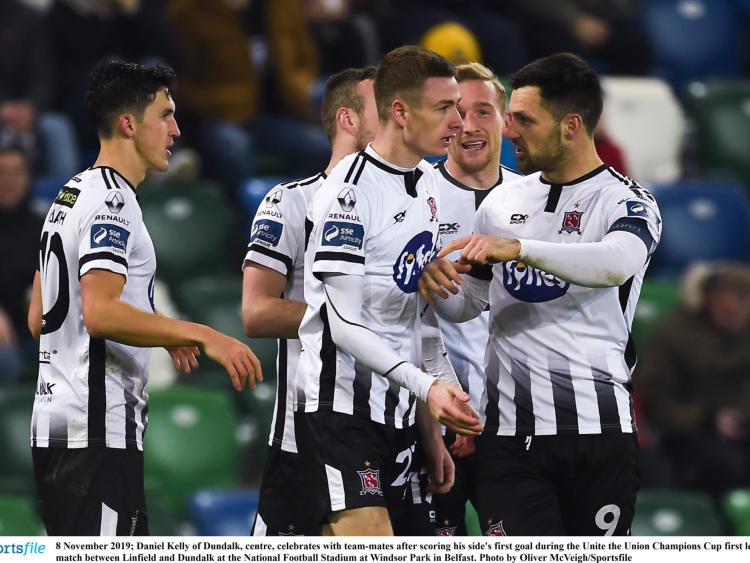 The inaugural Unite the Union Champions Cup got underway tonight at a bitterly cold Windsor Park as Linfield and Dundalk FC played out a 1-1 draw.

Still nursing from their FAI Cup final defeat last weekend, the serial League of Ireland winners fell behind in the ninth minute when Shayne Lavery put the Belfast side in front, only for Daniel Kelly to equalise for Vinny Perth’s side on 51 minutes.

With a prize fund of €50,000 on offer to the winners of what is the latest variant of cross-border competition, the respective ownership of both clubs will certainly be taking this tournament seriously, even if both managers made wholesale changes to their starting line-ups for the first instalment of this two-legged affair. 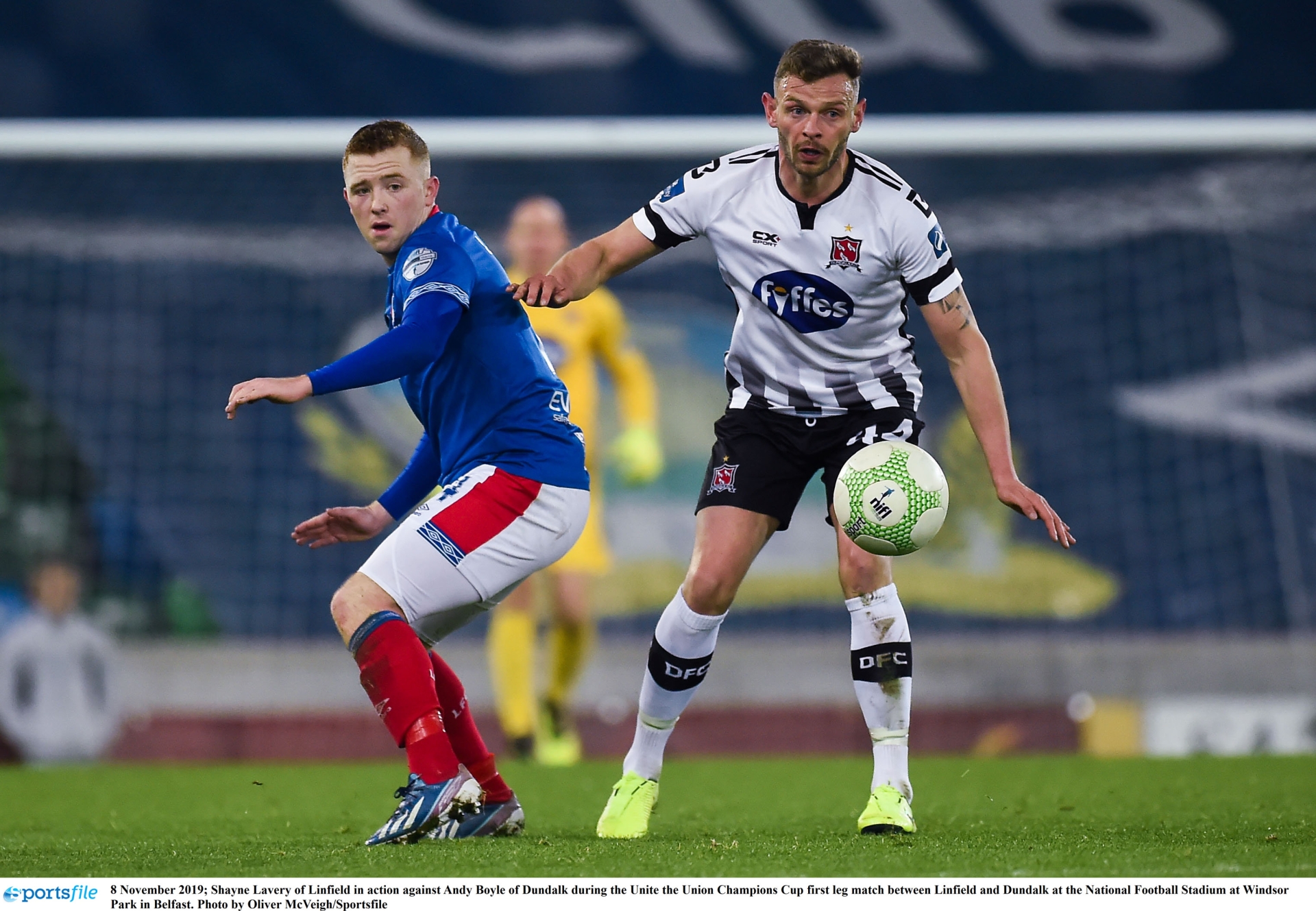 Dundalk announced the signing of Greg Sloggett from Derry City just hours before kick-off, but there was no place in the team for fellow midfielder Robbie Benson, who is being strongly linked with a move away from the club.

The hosts took the lead inside nine minutes when highly-rated Northern Irish international striker Lavery danced around Sean Hoare and Andy Boyle before expertly finishing past Gary Rogers to give the Irish League champions the advantage.

Seconds after his misplaced pass almost gifted Linfield a second, Jordan Flores found himself in space at the other end before curling an effort just wide of the rooted Gareth Deane’s near post in what was Dundalk’s first serious attempt.

Dundalk came agonisingly close to an equaliser on the half-hour mark when Andy Boyle thumped a header onto the underside of the crossbar after John Mountney’s corner had been helped on by Jamie McGrath. 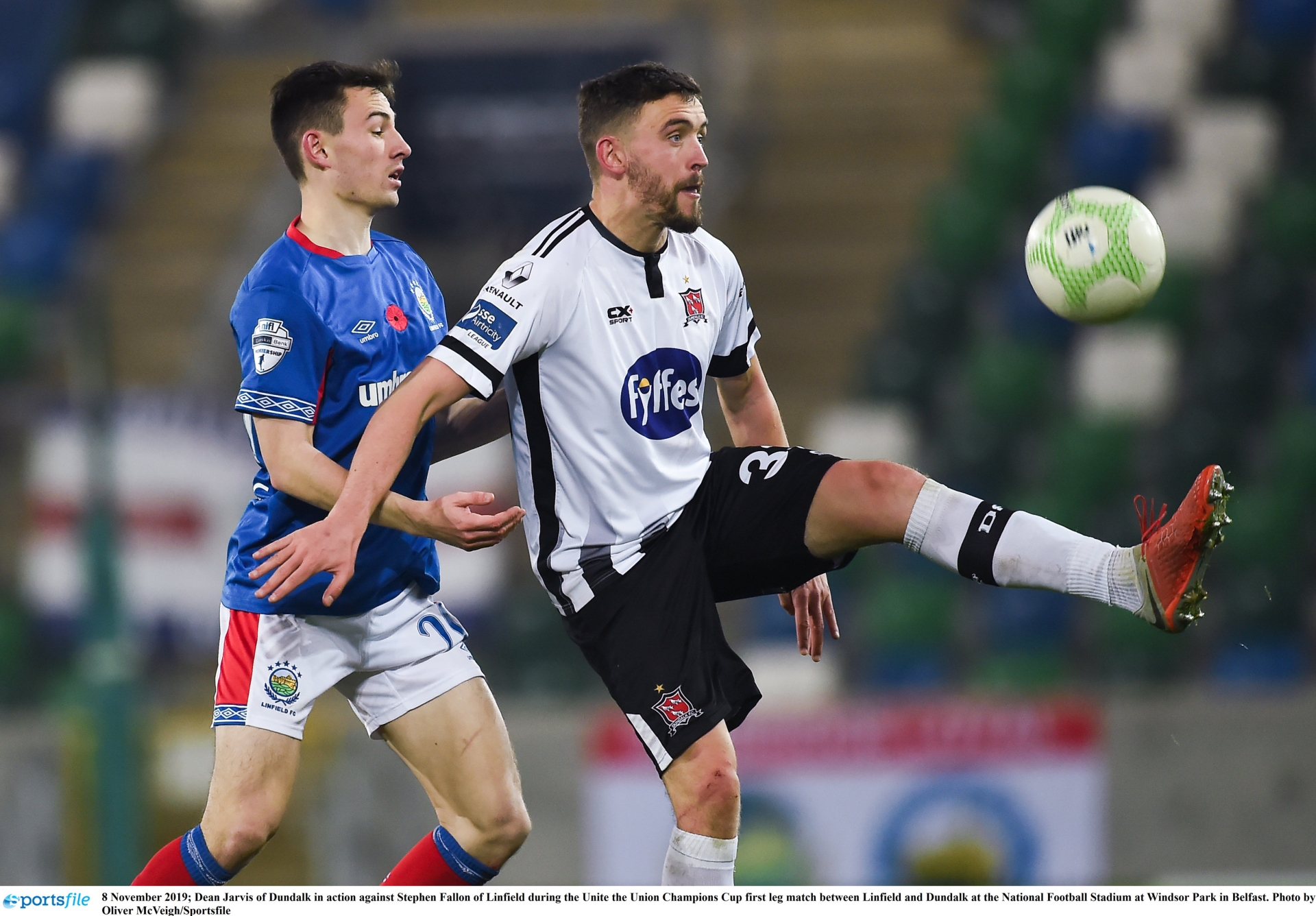 The home support thought their side had doubled their advantage two minutes before the break when Matthew Clarke played an incisive pass into the path of Joel Cooper, whose powerful shot hit the side-netting.

Instead, it was the Lilywhites that equalised six minutes after the restart when Patrick Hoban did well out on the left before slipping Daniel Kelly through on goal and he confidently finished past Deane.

Neither side could fashion a winner after that with both teams looking content to take the 1-1 scoreline back to Oriel Park for the return leg this Monday night.