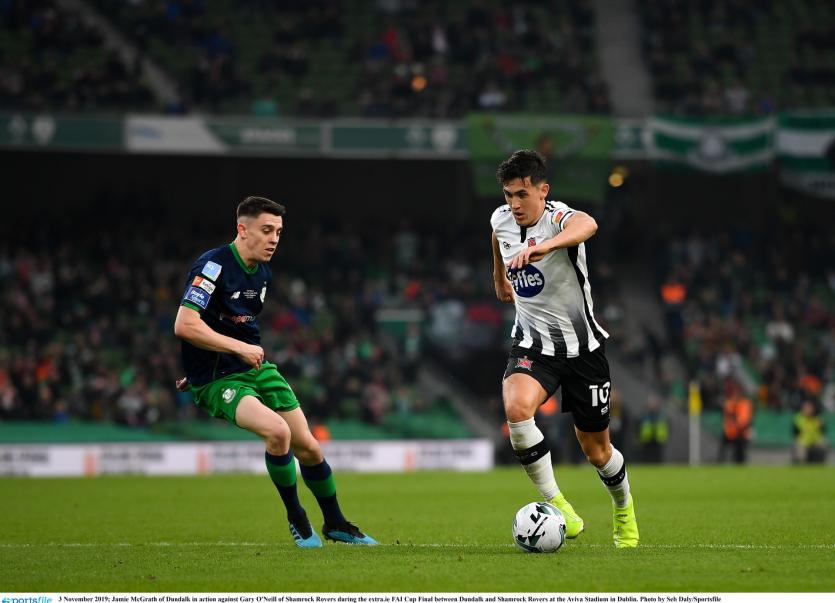 Remember, remember, the third of November, said no-one with allegiance to Dundalk FC. It’s the second time in four years that The Lilywhites have lost in agonising fashion on day three of winter.

In 2016, it was a 2-1 Europa League defeat away to Zenit St. Petersburg, a match in which The Lilywhites rattled the goalframe in the dying embers. Three campaigns on and the Oriel Park side came up short cruelly, their treble and double-double hopes shattering as though glass hit by a log.

Sunday’s game may have been decided on penalties, but it was doubtlessly lost in midfield, where Chris Shields’ absence played a key part in Jack Byrne and Aaron McEneff being allowed to dictate the play.

“Dundalk would have won with Chris Shields,” said a local supporter on the way out of the Aviva on Sunday night. But that’s a far too simplistic interpretation of the battle that unfolded. Brian Gartland was excellent in defence for the champions, though it’s unlikely that he would have played had Shields been available, given that Seán Hoare is an automatic starter. 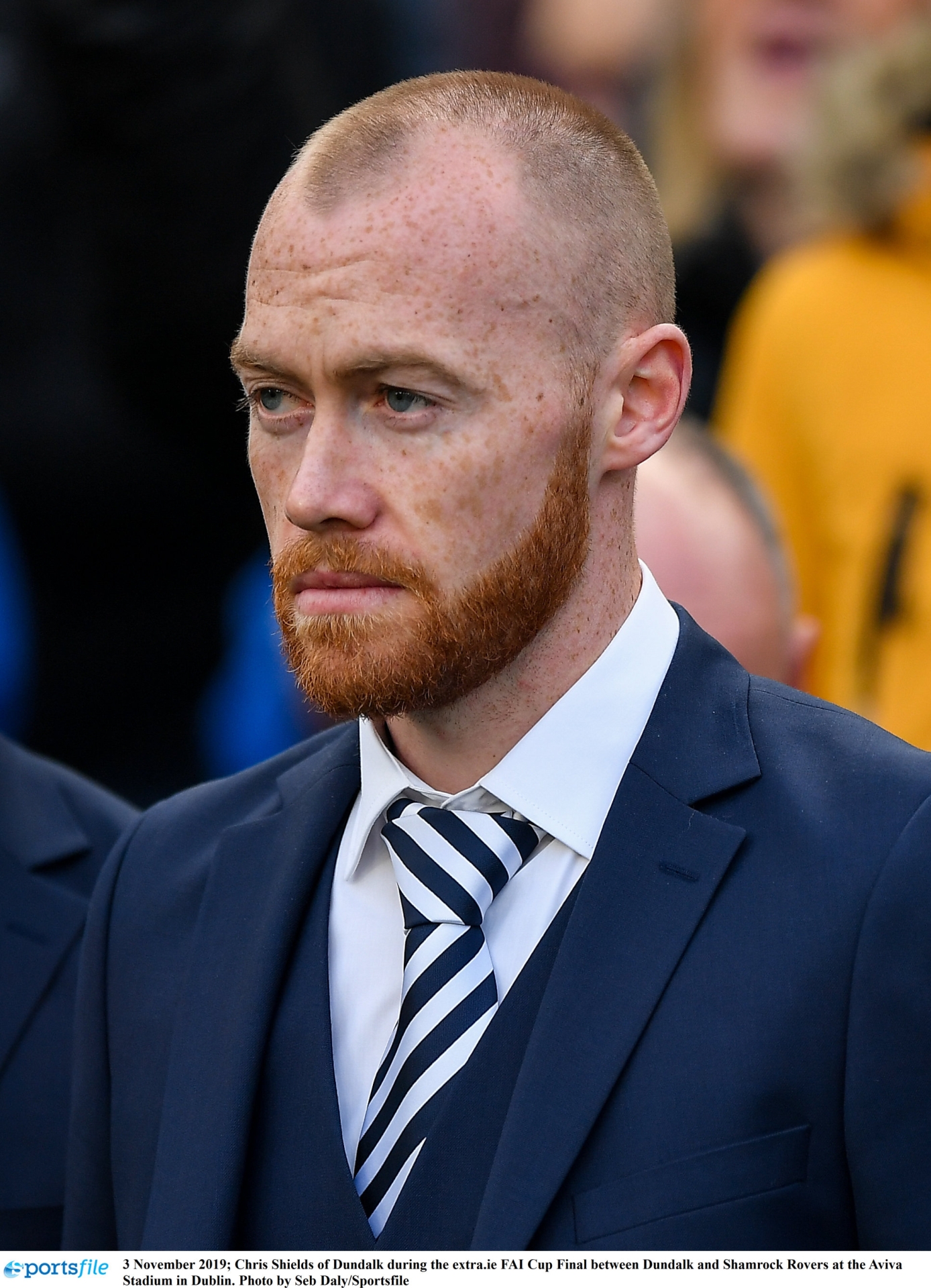 Rovers simply had the better, more guile-glazed operators in the heartbeat department. Gary O’Neill, McEneff, Byrne, Graham Burke, Greg Bolger, even Dylan Watts, who was an unused substitute; they’re all capable of accepting responsibility and creating.

The Lilywhites, on the other hand, didn’t have those attributes - or don’t, on the basis of Sunday. Hoare struggled to practice his primary brief which was, it must be assumed, to shut down the areas in which Byrne and Burke wanted to operate from. And when on the ball, understandably given his habitual role as a defender, he lacked the tempo-setting ways of his opposite numbers.

This shifted the onus more so on to Robbie Benson and to a lesser degree Seán Murray, who lived in a more advanced space. It was a tall order for Benson considering his injury problems this season, but is he genuinely the type of player who you would look to to get Dundalk motoring? 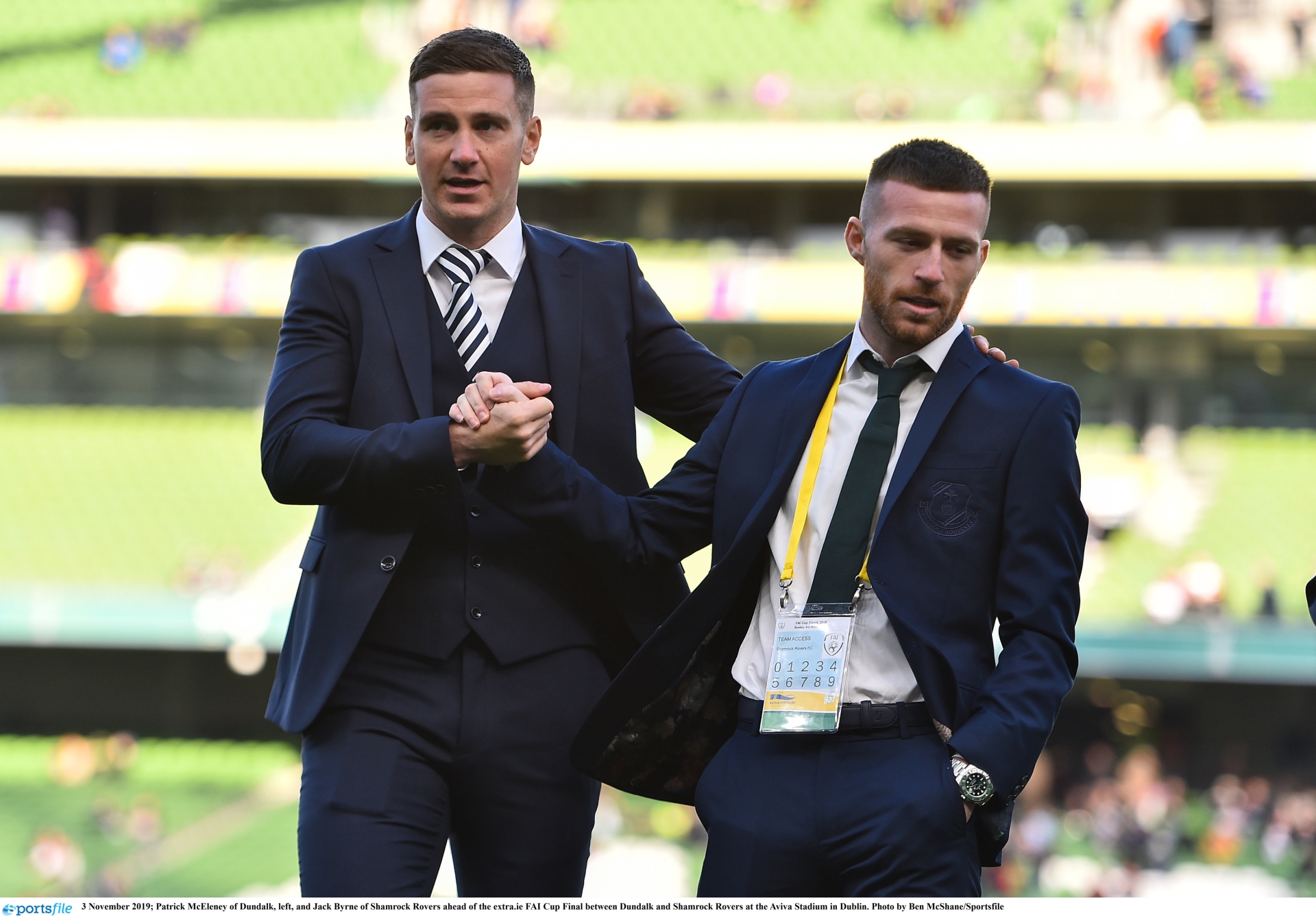 In a midfield three, Benson is ideally suited to providing a driving force on the left, taking the ball forward as opposed to passing it. And this was highlighted at the Aviva. He was required to fulfil a brief which simply doesn’t align to his skillset. Would Murray have been a more useful dictator from deep? Potentially, but he’s still not in the mould of O’Neill, Byrne and co.

And this brings the Shields argument back into focus. The former club captain is a powerful disrupter and his passing prowess is often dismissed somewhat unfairly, but, even had he been in there, it’s hard to see the game itself having panned out any differently.

The switching of Jamie McGrath from the right-wing to the inside channel helped The Lilywhites stitch attacks together, following an hour of feeding on rare set-pieces. He may have been a stronger option at the expense of either Hoare, Benson or Murray, but with John Mountney entering with doubts over his fitness, it’s clear why McGrath was positioned where he was. Inexperience may have cost Daniel Kelly a berth when it came to Perth picking the team.

And to think the spark Dundalk were missing couldn’t even get into Rovers’ midfield on the day. Ronan Finn provided the key to games like the one on Sunday during his spell with The Lilywhites and that thought has grown in one’s head since the moment O’Neill ended Rovers’ 32-year wait on FAI Cup glory. 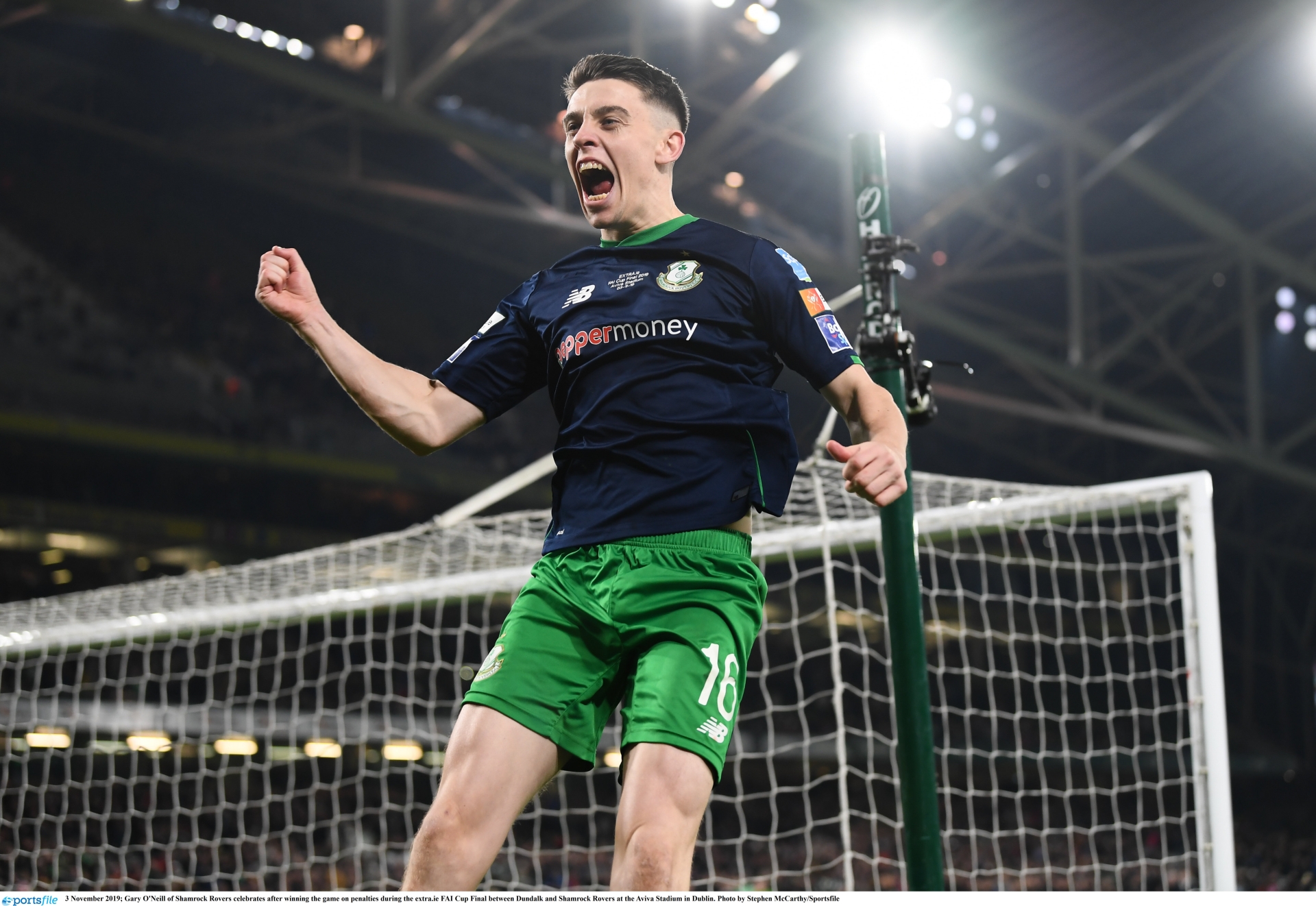 Perth has confirmed that the club are seeking to add to their midfield options ahead of the new season. Plenty are saying a player of the Shields variety - if there are any - is what is required.

That is likely correct, but what The Lilywhites need more than anything is a deep-lying player capable of linking with Patrick McEleney - whose absence was certainly felt, perhaps even more than Shields’ - and McGrath. If Rovers are sprinkled with them, they must be out there.

The night Dundalk lost to Zenit in St. Petersburg, Finn ran the show for the first hour. Daryl Horgan provided magic on that occasion to level in the second half. Luck was, ultimately, the missing component.

On Sunday, Duffy offered the stardust, but a player like Finn and luck were absent this time. Crucially, decisively so.