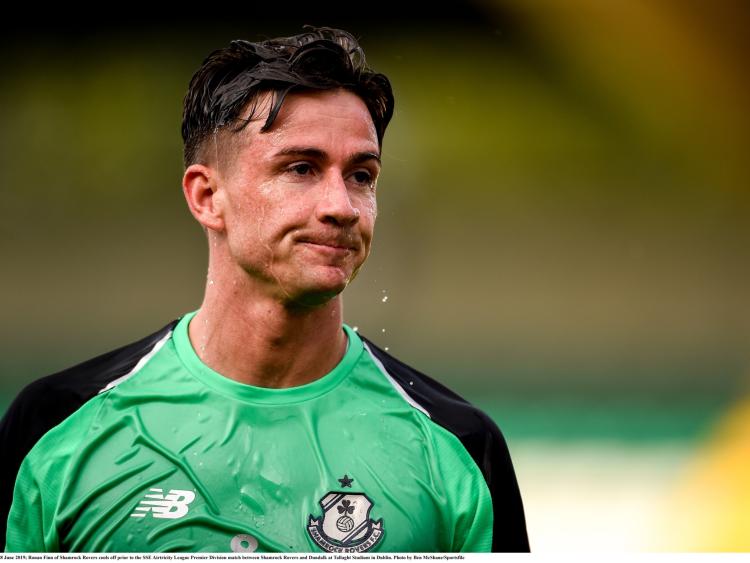 'The midfield battle is going to be key. I think Rovers’ main man in there in terms of creativity is Ronan Finn. He’s being completely underestimated in my view.' (Pic: Sportsfile)

Treating Sunday’s FAI Cup final as just another game may seem difficult for people to imagine, but I’d say that’s what both Vinny Perth and Stephen Bradley are preaching to their players.

It’s important the teams don’t become fixated about the contest and move in with extreme pressure and expectation. I feel Dundalk may have suffered from that in 2016, when Seán Maguire and Cork City did for the double hopes.

There’s enough class and skill in the Dundalk team, let them enjoy the week and the build-up. Don’t become obsessed with this being a Cup final; it’s just another game and treat it that way. And I think Rovers will adopt that mindset too.

It’s up to both managers to stop the outside pressures, but this Dundalk outfit are experienced enough to know what lies ahead and deal with it. Then again, I don’t think it’ll really be in the psyche of Rovers that it’s 32 years since they’ve won the Cup. Most, if not all, of the players weren’t even born then.

With that in mind, I’d be confident in predicting plenty of goals on Sunday, over 2.5 at least, in what could be a throwback to the Tallaght semi-final replay of two years ago. That was as good a game as I can remember seeing, with Dundalk winning 4-2 after extra-time. 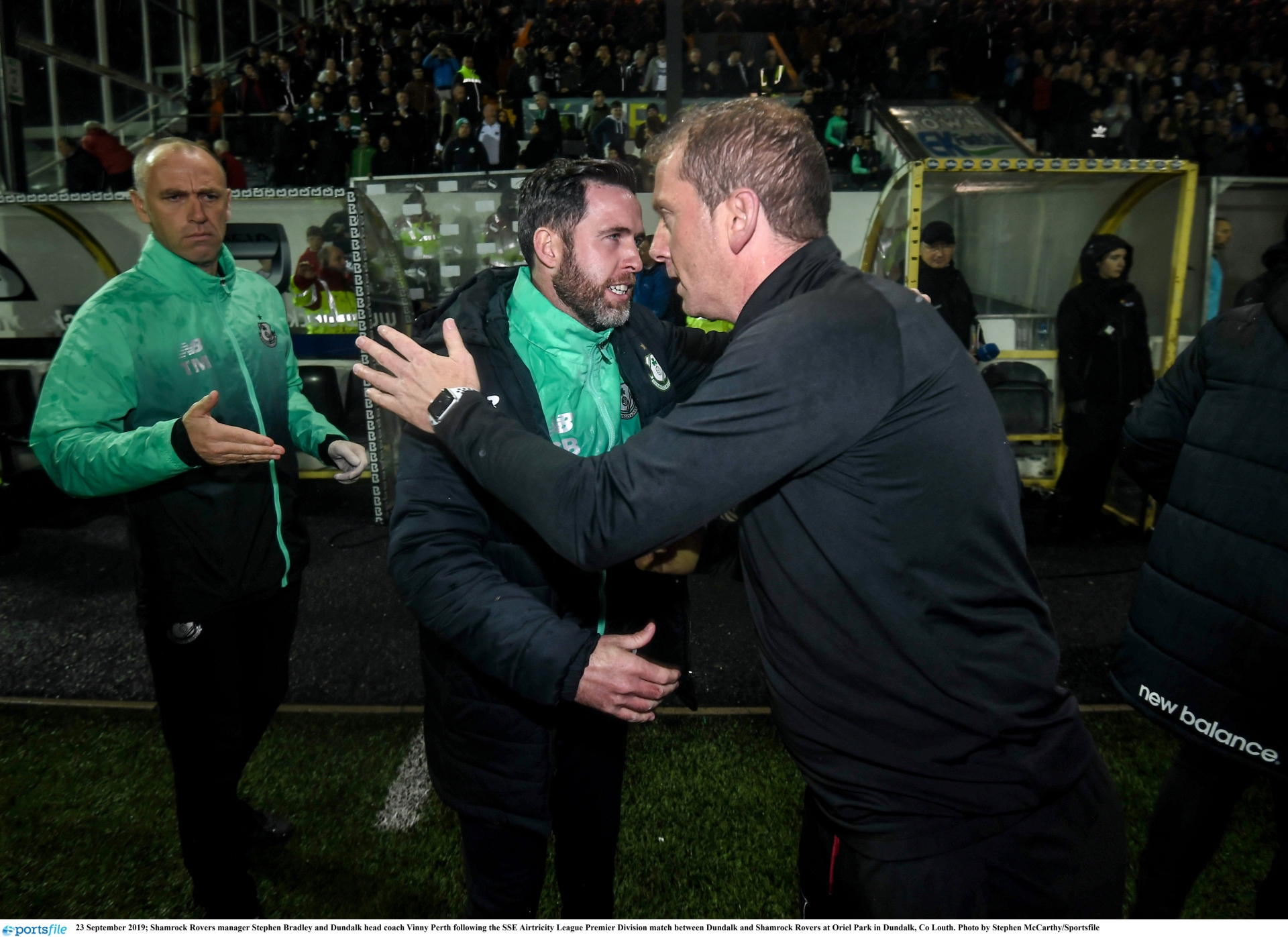 We saw a free-flowing game played between two really good football sides that night. And, like that, this is a potential humdinger.

The midfield battle is going to be key. I think Rovers’ main man in there in terms of creativity is Ronan Finn. He’s being completely underestimated in my view. He’s a fabulous player and a creator, leaving Jack Byrne out of it. Any of the games Dundalk have played against Rovers this season it’s been Finn who’s been the most prominent, not Byrne.

Ronan is under the radar, but then I don’t think he’s under Vinny Perth’s radar. Vinny will be giving him full respect because he knows him so well.

It must be sickening losing a Cup final. The last time Ronan played at the Aviva, for Dundalk in the 2016 decider, he was the best player on the park, but still ended up on the losing side. It’s a natural thing when you’ve been in a Cup final and lost that you want to go one step further again, to account for that pain in the only way possible, by winning it. He’s Rovers’ captain so he’ll certainly be wanting to perform. 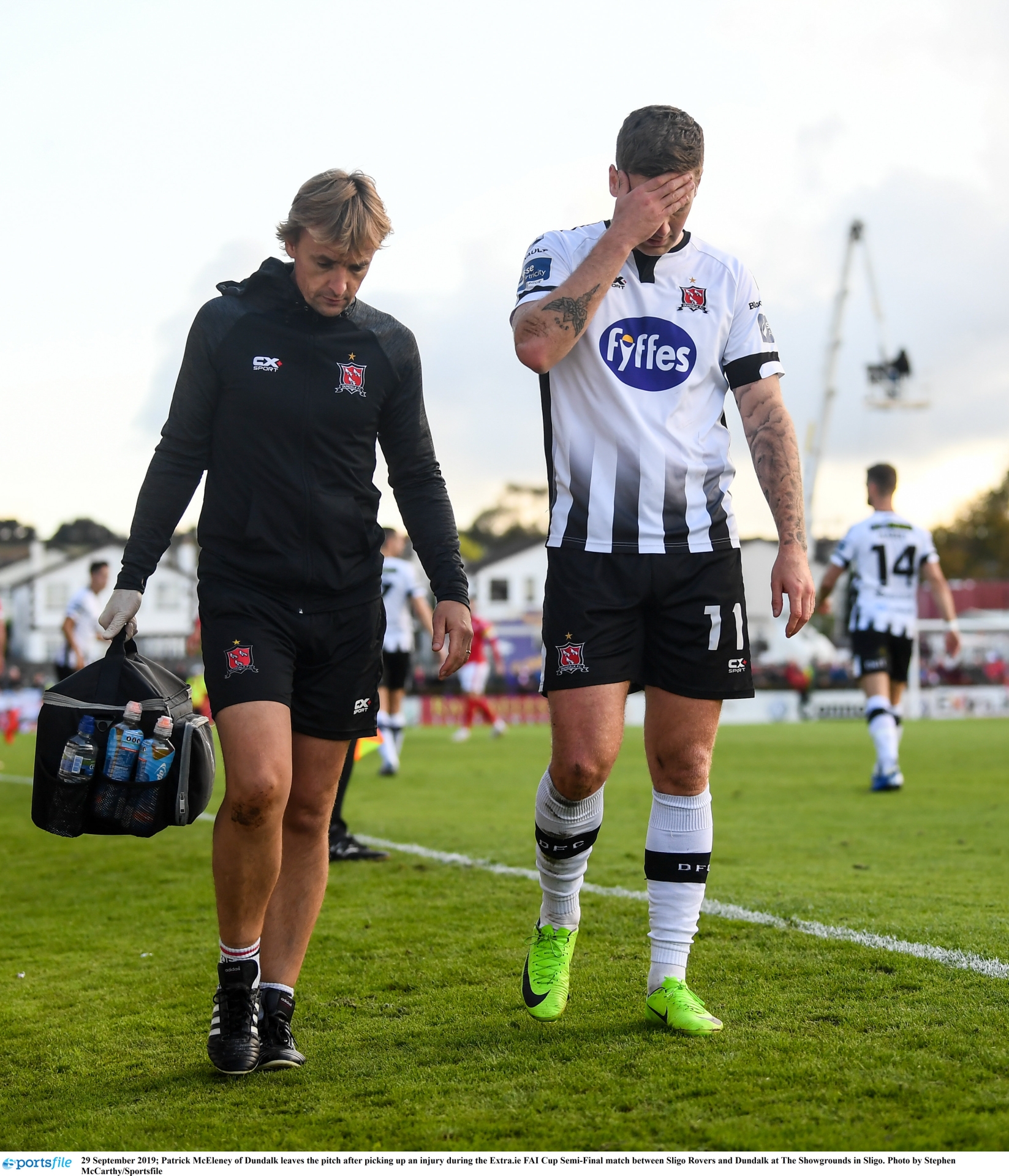 On the other side, I think Dundalk will go back to experience in the line-up. If Robbie Benson is fit I’m sure he’ll play in midfield, an area where the match is likely to be won or lost. Likewise with Patrick McEleney and Jamie McGrath. If they’re ready to play I can’t see them being left out.

McEleney, if I’ve one fear about him, it’s that he’s been missing games and if he’s brought back in as cold as turkey, it’ll be hard for him to settle in and there’s the fear that the injury could materialise again. But I think he’ll be in, with John Mountney and Daniel Kelly options off the bench.

Pat Hoban could be a massive difference if he gets the service. The last thing we need to see is Pat back in midfield and dropping deep to get on the ball. He’s a great lad, a real team player, but Dundalk need him leading the line and getting on the end of chances.

I can see Hoban scoring, but I don’t think the first goal is going to be as crucial as some might think. Dundalk don’t tend to lose when they get ahead, but this Rovers team play open football and even if they go behind, they’ve shown it at Oriel Park, they can score goals. The last game they played here, they scored two goals in a couple of minutes.

It could be like the Derry game at The Brandywell, where Georgie Kelly came off the bench to score the winner in extra-time. A classic Cup tie with lots of talking points. I’ve no doubt it’s going to be a really attractive final; a real showpiece for League of Ireland football.

I think it could be won in 90 minutes, but I don’t expect to see it going to penalties, even if it does go to extra-time, like that Derry game.

And I think Dundalk will clinch it.